St. Louis Seeks to Revive Its Olympic Legacy (From, Yes, 114 Years Ago) 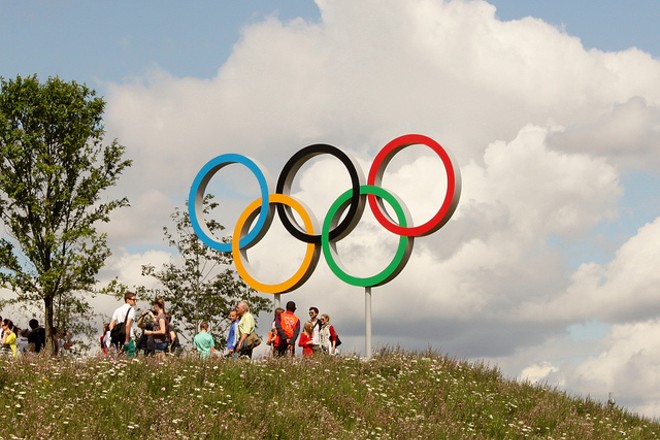 If St. Louis' glorious history as an Olympic host city seems lost to the all-too-distant past, guess again: The St. Louis Sports Commission has created a St. Louis Olympic Legacy Committee to lead initiatives meant to bring the city's Olympic history back to life.

And lest you're feeling skeptical, this is not just a case of local boosterism. Not only is the International Olympic Committee involved, but so are a few big names, including six-time Olympic medalist Jackie Joyner-Kersee and Hall of Fame broadcaster Bob Costas (Joyner-Kersee, of course, is a native; Costas did a stint here while working at KMOX).

The committee they're helping to lead will create a multi-phase project celebrating the St. Louis Olympic movement from 114 years ago, when St. Louis hosted the 1904 Summer Olympics, as the Sports Commission announced in a press release today.

(Other leaders include the president of St. Louis Sports Commission, Frank Viverito, and vice president Marc Schreiber, along with attorney Michael Loynd, who serves as chairman.)

What that all means will be announced February 5 at a press conference at Washington University. Just know that it should be a good thing for the Gateway City.

"As host of the 1904 Games, St. Louis is in elite company and forever has a place at an international table that includes the world’s greatest cities," Viverito asserts in the press release.

Adds Costas, "St. Louis has a proud, interesting, and significant Olympic history. I am happy to be apart of the plans to help preserve that history."

Now, it's worth noting that we landed the 1904 Summer Olympics due to some unusual politicking. As St. Louis Public Radio has reported, the International Olympic Committee intended to host them in Chicago, but the Louisiana Purchase Expedition, better known as the World's Fair, was going to be held in St. Louis the same summer and also wanted to host the Olympics.

As a result of this, the World's Fair made the case that two international events should not be held at the same time. Pierre de Coubertin, the founder of the International Olympic Committee, consented. He later famously said, "The games matched the mediocrity of the city."

You won't hear any of that Debbie Downer crap from the St. Louis Sports Commission. In fact, in the release, Viverito boasts that St. Louis always has a place at an international table as one of the world's greatest cities.

"Our Olympic legacy and our contribution to the Olympic movement should be a source of pride, motivation, and inspiration," Viverito said. "The St. Louis games changed the Olympics for the better. We want to use that spirit and motivation to move our community ahead."