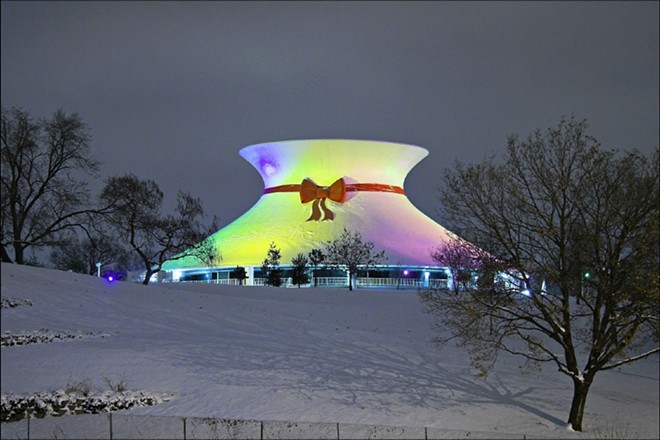 This isn’t the first time the King of Pop has been included in the light shows, with his songs being played for a “Fright Light” Halloween session, but he will now have a full show dedicated to his music. It is also the first time the Trans-Siberian Orchestra have been featured, with their songs “O Come All Ye Faithful/O Holy Night,” “Wizards in Winter” and “A Mad Russian’s Christmas” all promised to hit the observatory. Jackson’s greatest hits will also be featured – yes, that includes “Beat It” and “Billie Jean” – but The Jackson 5’s single “ABC” is getting in on the action, too.

Laser light shows take place in the McDonnell Planetarium, bringing together music, lighting, 3D effects and laser artwork. Light shows at the Science Center have been around since 1975, originally called "Laserium." The rock band and King of Pop were added to an existing star-studded lineup of The Beatles, Led Zeppelin, Pink Floyd and more.

The laser light shows last for about an hour each, with tickets costing $10.95 for non-members and $9.95 for members. Since the shows are loud and have flashing lights, they aren’t recommended for those who are sensitive to light and sound. The first show begins at 3:30 p.m. each day, and the last show starts at 6:30 p.m. Masks are required in the Science Center for guests ages five and older.

The full line-up is below. Tickets can be purchased on slsc.org.