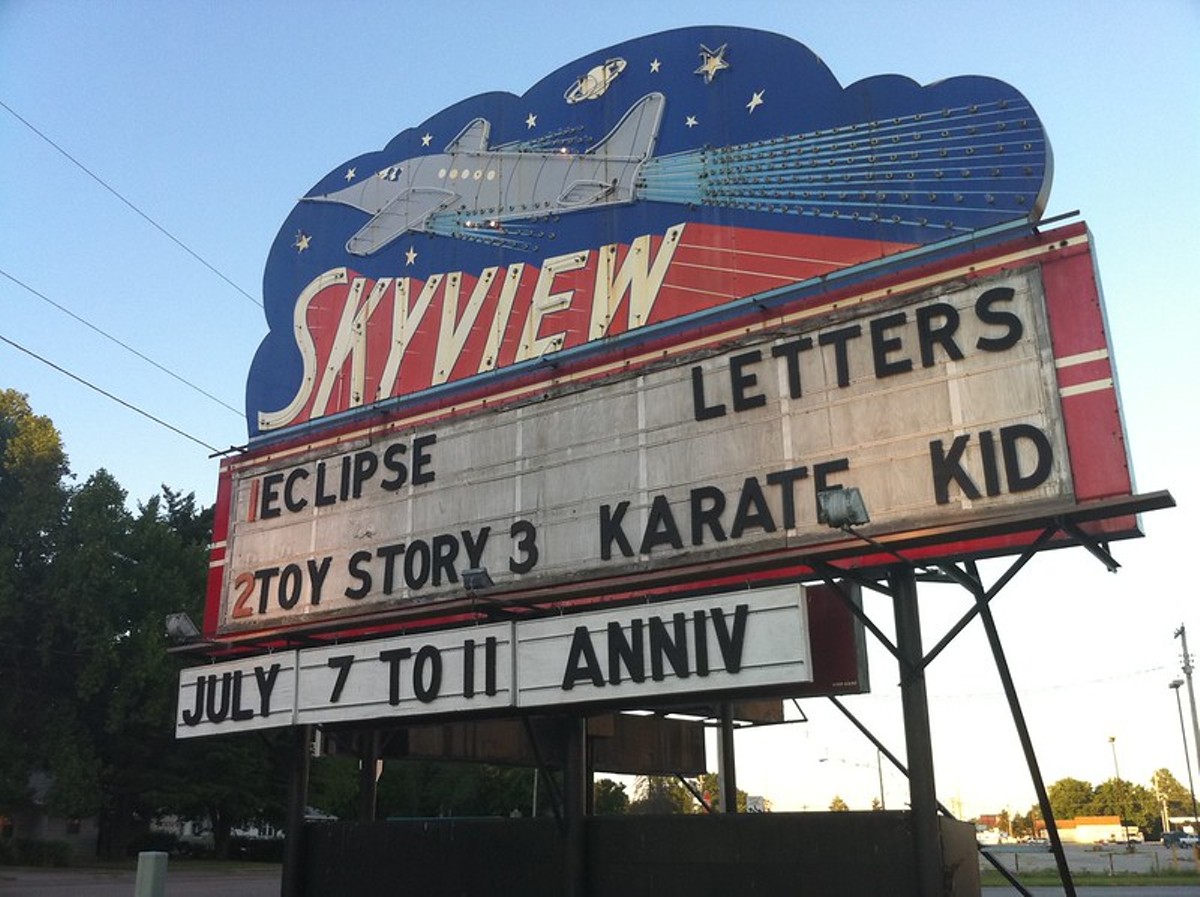 When all indoor events were suddenly canceled in March, people just didn’t really know what to do to entertain themselves. And while details on how to best protect yourself during the pandemic were still up in the air, one thing stood out as likely to be fairly safe: staying outside while distanced from other people. We’ve always loved the Skyview Drive-In for its retro charm (and its fair prices), but we gained a whole new appreciation for it this summer as a gathering spot where we could get a taste of normalcy without feeling like we’d exposed ourselves to the virus. Recognizing that we now rely on them for our big nights out, the Skyview has also recently started offering other events such as trivia in addition to films. — Jaime Lees 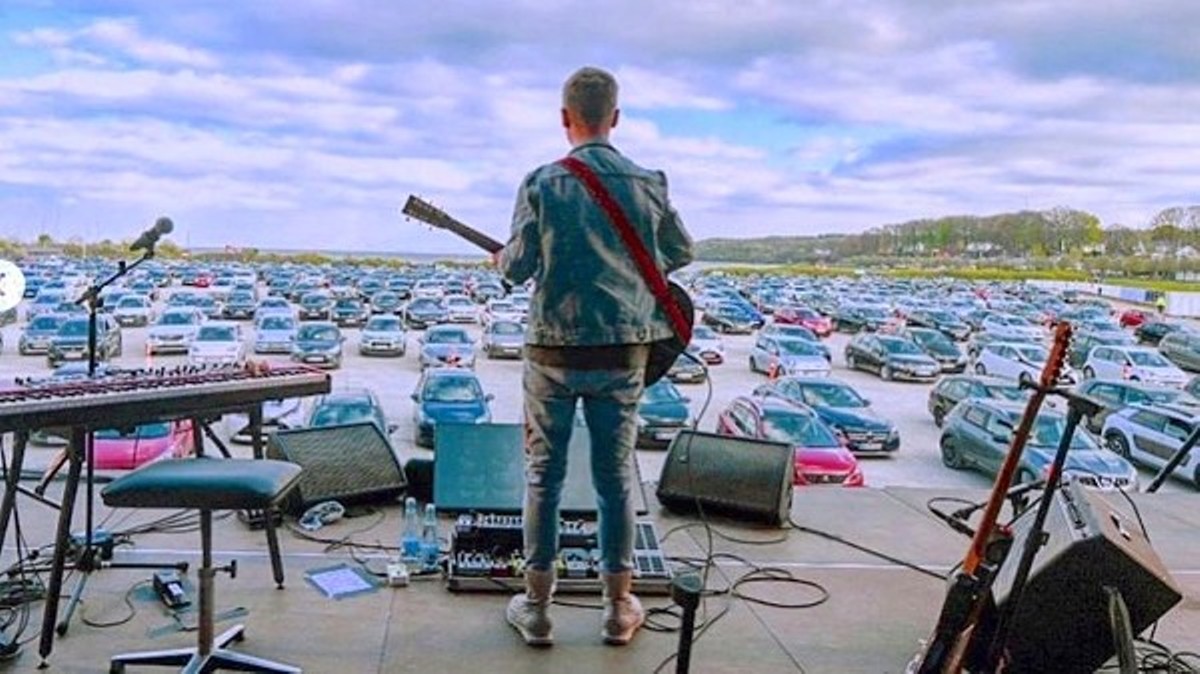 VIA DRIVE IN STL
Concerts have gotten creative.

Our friends in the music industry have been hit hard by the pandemic. Just like restaurants, most of their business is conducted indoors in close quarters, so our local industry professionals were some of the first people to lose their jobs, and they will also be some of the last people to get them back once this terrible time has passed. As with restaurants, though, they’re finding ways to bring you what you want. That’s why promoters have been going out of their way to deliver you quality outdoor musical entertainment all summer. From drive-in concerts at the closed St. Louis Outlet Mall to rooftop concerts at the Gaslight on the Hill to front porch concerts in your own neighborhood, the best (and, for most of this year, only) place to catch music has been outdoors. — Jaime Lees 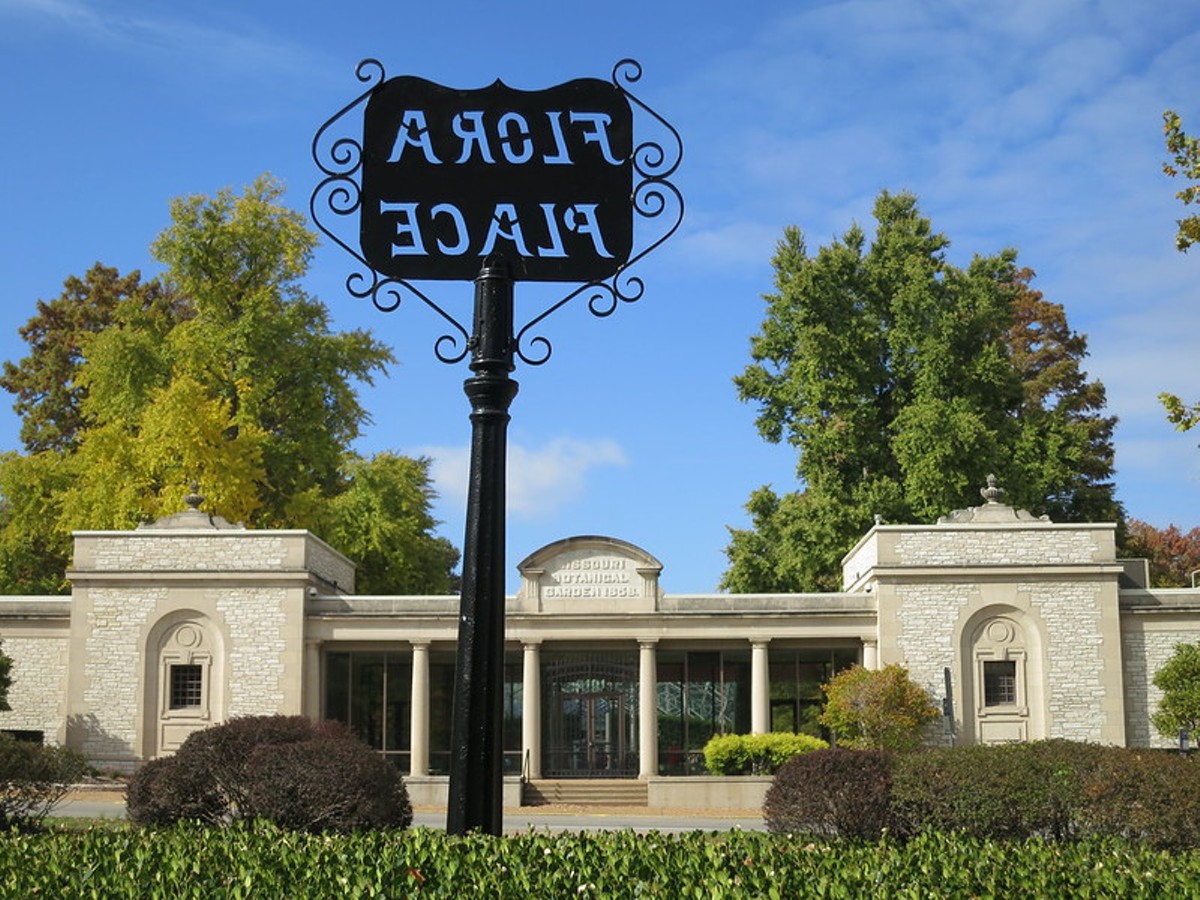 When you want to enjoy the beauty of nature but you’re not the type to go stomping through the woods, the Missouri Botanical Garden can show you many wonders without requiring you to leave the city limits. Located at the edge of the historic Shaw neighborhood, the 79-acre garden offers plenty of space to social distance while taking in its many varied views. Visitors can enjoy features like the humid Climatron conservatory, the well-manicured Victorian Garden or the tranquil Japanese Garden. You can go it alone or sign up for a walking tour to get in-depth knowledge of the gorgeous plants, trees and flowers on the grounds. In addition to serving beauty to city slickers, the Missouri Botanical Garden provides education, too, with a focus on sustainability and conservation. — Jaime Lees

Some people go all the way to the Ozarks for a glimpse of water, but we have the Mighty Mississippi right next door, and she always provides. You can fish in the river or drop in your own boat for a local tour, but even if you don’t have your own fishing pole or boat there is still a reason to get out on the water. Gateway Arch Riverboats offers a few different options when it comes to enjoying the river. Booked through the Gateway Arch website, there are different cruise options available to check out (including their usual dinner cruise and an Oktoberfest cruise), and best of all, they all include access to the breezy rooftop where you can get away from breathing the same air as your fellow passengers. — Jaime Lees 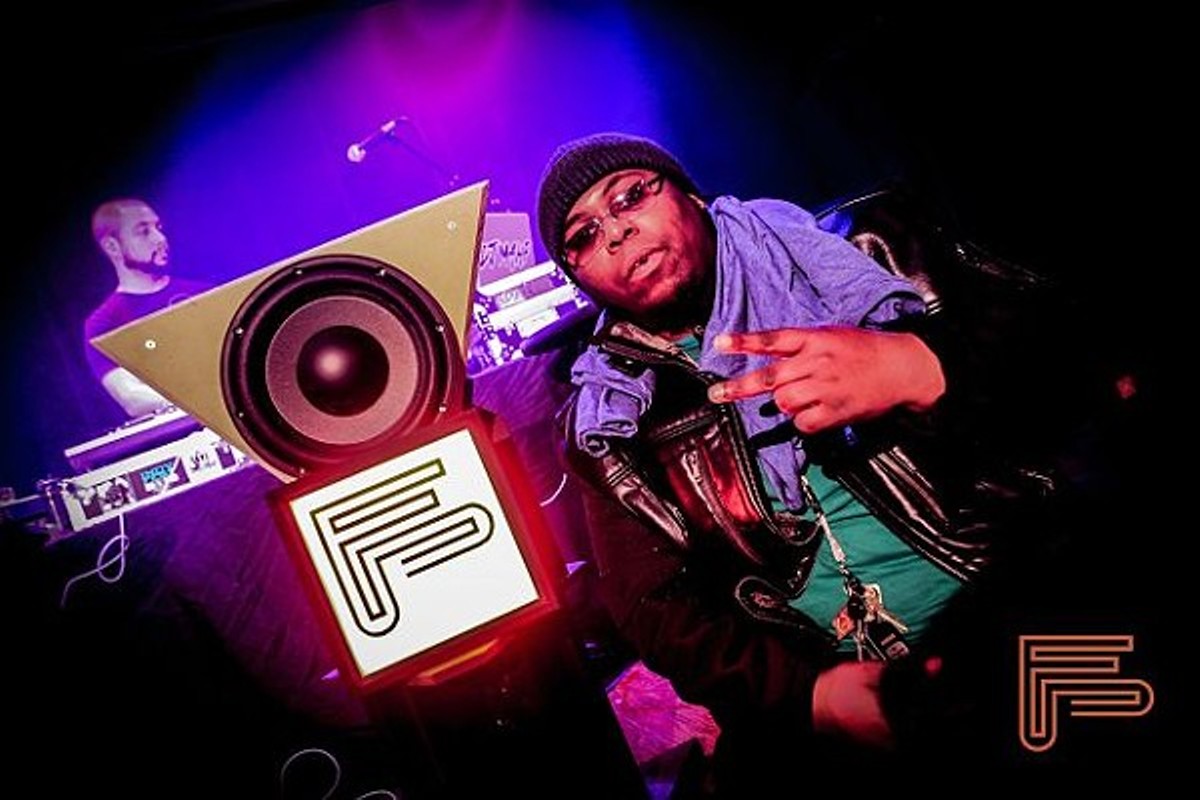 Music livestreams can fall kind of flat. The problem lies mostly in the lack of atmosphere that you get compared to when you attend a live show in person — the simple fact is, watching a concert on a screen is never going to compare to standing shoulder-to-shoulder in a sweaty crowd belting out the lyrics to your favorite song with a small army of strangers. But St. Louis’ Fresh Produce Beat Battle has an ace in the hole: an element of competition. By pitting producers from across the nation against one another in a bracket-style tournament, with cash prizes and bragging rights on the line, the long-running event keeps things shockingly lively even as it’s gone digital. And the event brings top-notch production values too, utilizing Zoom and OBS Studio to keep the competitors on screen while their work still sounds stellar. Perhaps best of all, the competition has moved from being a monthly affair to a biweekly one, offering up twice the escape from the drudgery that is life in 2020. Frankly, with live music on life support, many sports canceled outright and the iterations of each that remain limping along at best, finding something worth rooting for is a win unto itself. Let us give thanks for the bounty that is Fresh Produce. — Daniel Hill 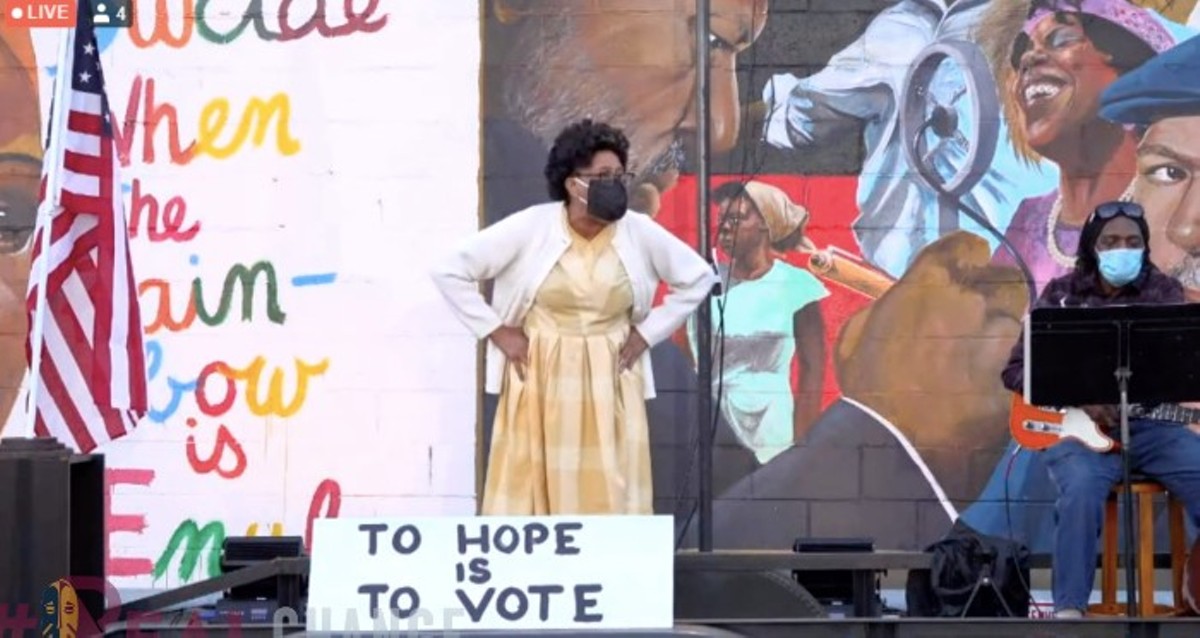 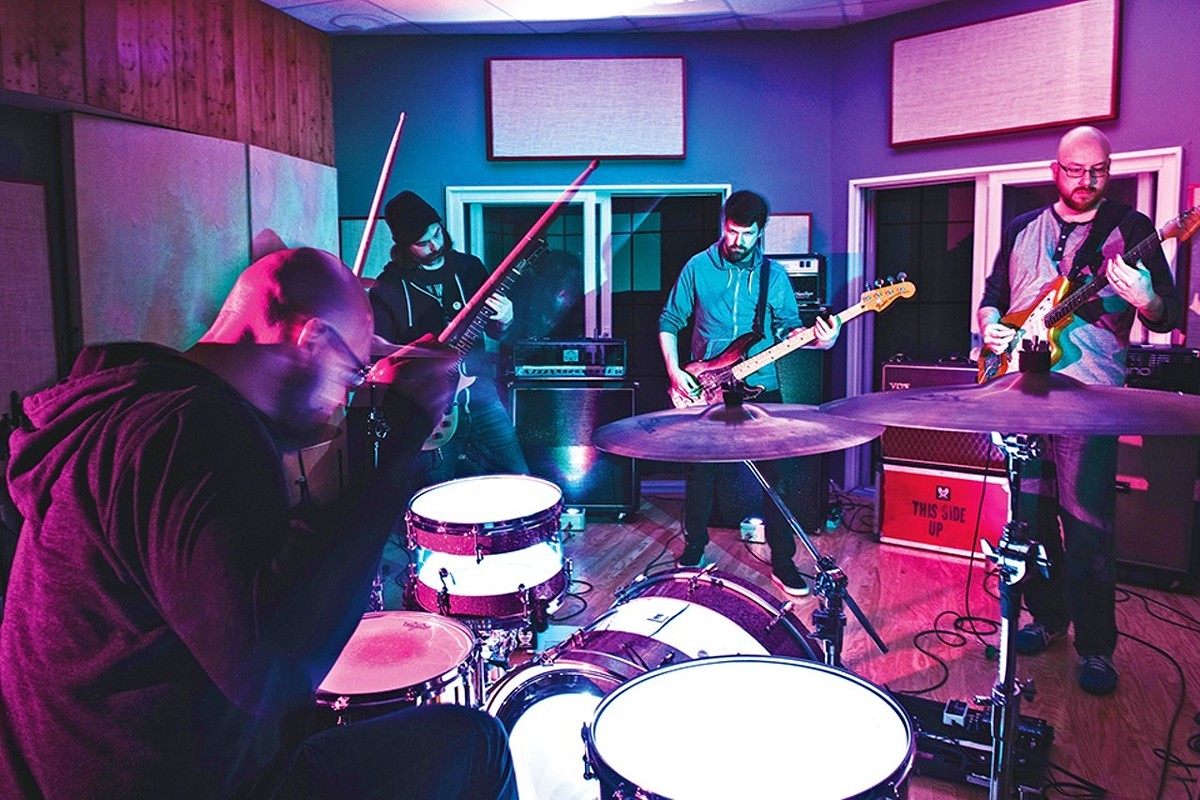 The live entertainment industry may have ground to a halt due to the COVID-19 pandemic, but that’s not going to stop musicians from making music — thank fucking god. And while we’re giving thanks, we should spare some gratitude for the recording studios that help get that new music to our ears. In this specific case, we’re grateful for Firebrand Recording and its magician behind the control panel, Brian Scheffer. Nestled in an industrial park in Maryland Heights, Scheffer has assembled an utterly gobsmacking array of equipment that would make any musician who is serious about their craft drool a puddle large enough to endanger said equipment. And it’s not just the recording gear itself; Firebrand also has an array of top-notch guitars and drums and amplifiers and the like available for use by those who are laying down tracks — meaning even the best garage band with the worst gear can walk in empty-handed and lay down a stellar recording using only what’s on hand. (But don’t get any big ideas, gear thieves: In addition to its state-of-the-art security system, Firebrand is also protected by its studio dog, Roscoe, who will eat you alive just for a well-deserved snack.) All that would be for naught, though, if not for the skill of Scheffer himself, a master engineer with an ear for detail and the patience of a saint. In all, it’s why Firebrand has become the go-to spot for many of St. Louis’ best bands — celebrated metal act The Lion’s Daughter even laid down some tracks during this hell summer, under the watchful eye of a naked Lita Ford on a poster they brought from home. Firebrand’s got great gear, sure, but sometimes you just need that personal touch. — Daniel Hill 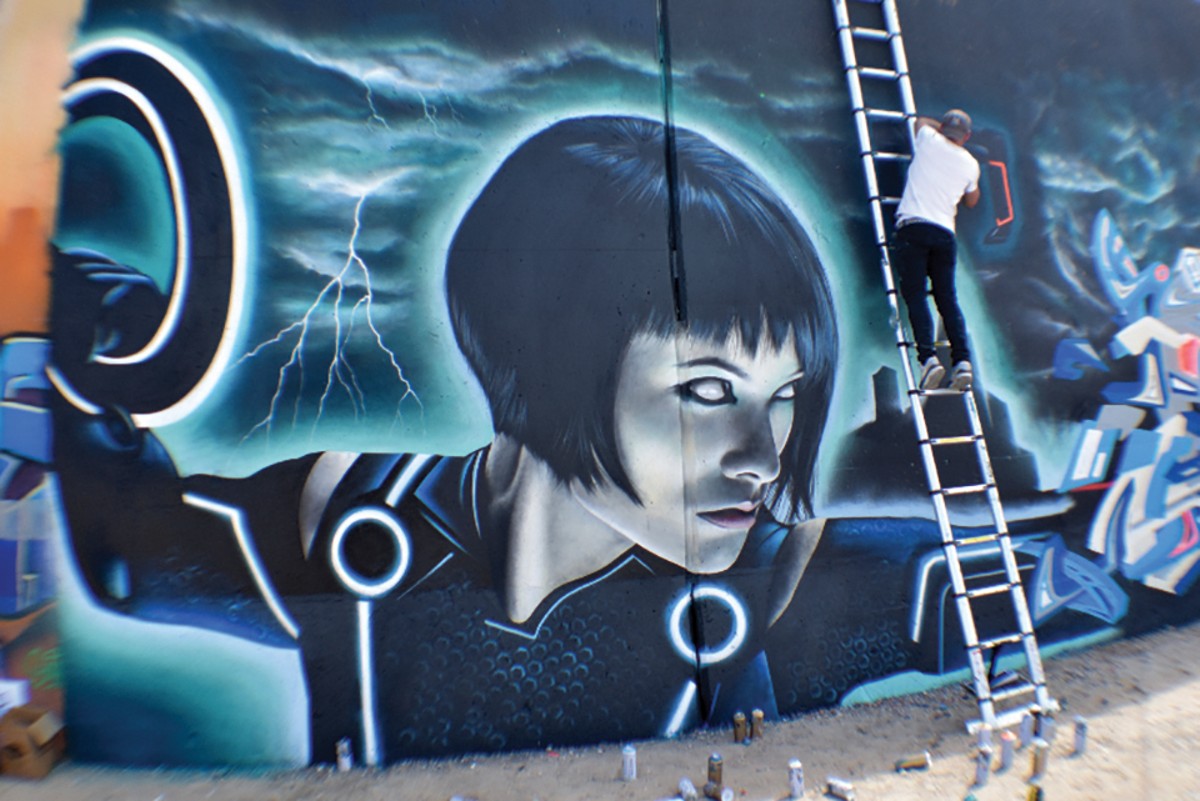 The case could be made that St. Louis’ “Mural Mile” — a.k.a. the graffitied stretch of flood wall at Chouteau Avenue and S Leonor K Sullivan Boulevard — is, in any year, one of the city’s best places to see art in person. It is international in scope, bringing hundreds of artists from all around the world for the annual Paint Louis event, resulting in eye-popping street art murals at a scale that is unmatched by just about anything in the world. But in this, the year of our COVID-related discontent, the Mural Mile takes the cake for an additional reason — it’s outside. Being outdoors is decidedly less likely to result in illness than being in a building, and there are certainly worse ways to spend your time in a pandemic than taking a peaceful walk along a river. And though this year’s Paint Louis event was canceled due to coronavirus concerns, graffiti is by its very nature a form of artistic expression that evolves over time, as artists constantly paint over one another’s work. In other words, if you attended Paint Louis in 2019, there is no chance that what you’ll see at this point is exactly the same as it was then. And in 2020, any change is good. — Daniel Hill 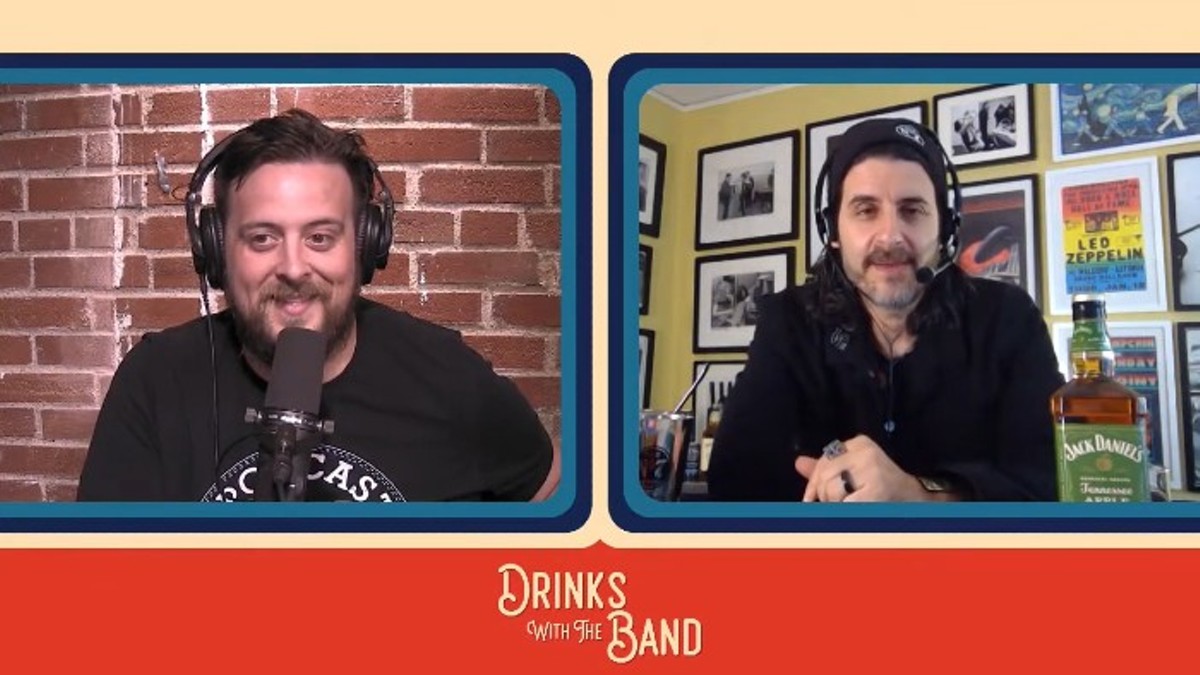 Combine great music, a little comedy, interviews with interesting people and alcohol, and you’ve got Drinks With the Band. The St. Louis-based show live streams at 8 p.m. on Wednesday nights (the second season kicks off in November) with host Chris Denman marshaling a small and changing cast of characters for an evening hangout. Rather than bemoan the remote, Zoom-conference state of the world, Denman of the We Are Live! show has used it to his (and as a result, our) advantage to beam in performers from around the country who have extra time these days. Along with the conversations and live solo performances, the show regularly features Eric "ET" Tecosky who mixes Jack Daniel's-based cocktails, switching up themes to suit the mood or band. And they've dished out a variety of giveaways, including dart boards, a karaoke machine and t-shirts from every artist who has gone on the show. Drink in hand, with a live show to enjoy, we can all enjoy a little virtual entertainment together — from our own homes. — Doyle Murphy

St. Louis native Nikki Glaser came back home during the pandemic, and she’s been making the most of her time. In July, she was the guest host of Jimmy Kimmel Live, running through the difficulties of dating and her, uh, solo love life while isolating at her parents’ place. We should mention that her parents were right there for this, serving as the show’s musical guests for the evening. Glaser has done everything from stand-up comedy to acting to hosting television and radio shows. She even had her own show, Not Safe with Nikki Glaser, on Comedy Central in 2016. The show aired for one season and was twenty episodes long. Glaser started performing stand-up comedy at eighteen and went on to host multiple podcasts and radio shows since 2011. And, yes, we’ll answer your most pressing question: Glaser graduated from Kirkwood High School. — Matt Woods