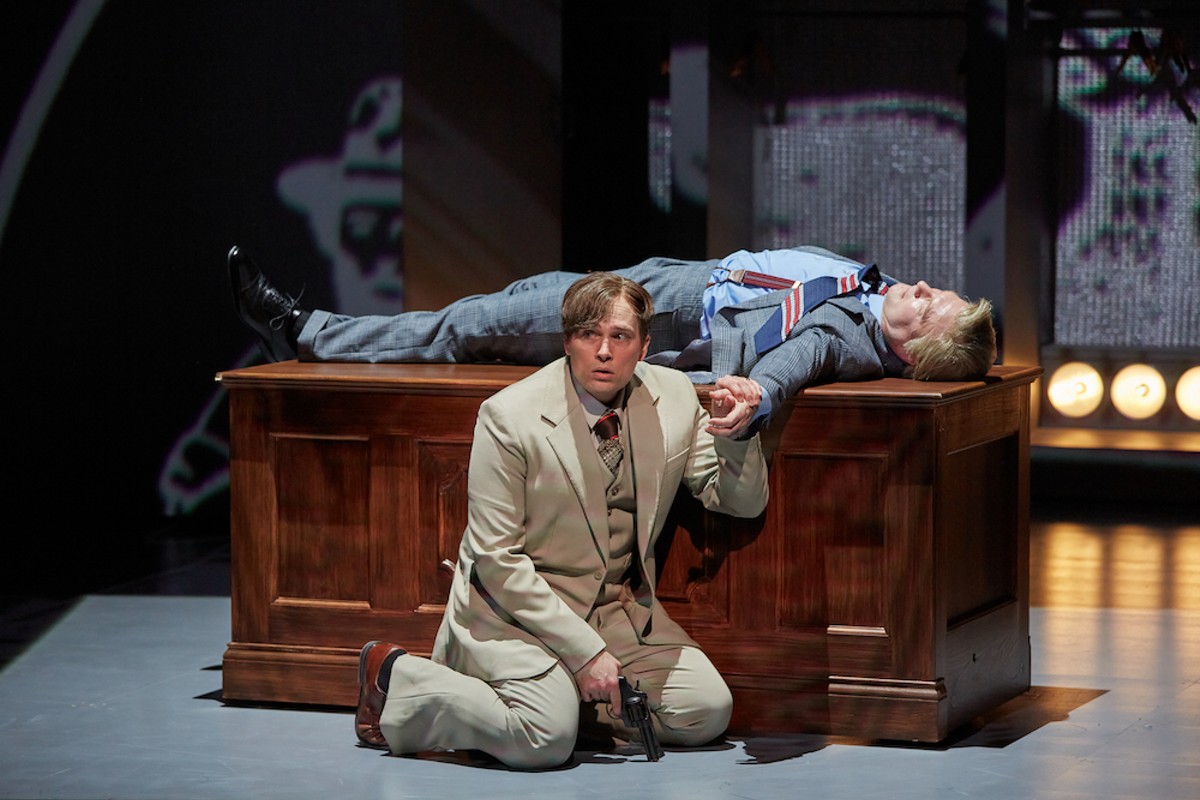 ERIC WOOLSEY
Dan White (Alex Shrader) and George Moscone (Nathan Stark) in the new performing edition of Stewart Wallace and Michael Korie's Harvey Milk.
The intrepid artists at Opera Theatre of Saint Louis generally produce at least one world-premiere opera every year, but in this past summer’s festival season, they outdid themselves with two. Of the two operas making their debuts, Awakenings might have seemed like the sure-fire hit, with a ripped-from-the-headlines subject (pandemics are so buzzy right now) and a gorgeous score. But it was Harvey Milk, a repurposing of a 1995 opera that premiered in Houston, that had audience members weeping and then leaping to their feet for standing ovations. Directors Sean Curran and James Robinson stripped down the original, overly long libretto so it played as fast and approachable as a Broadway musical — even while somehow keeping the subversive and revolutionary spirit of its martyred namesake. (When’s the last time you saw a ball gag on stage at the Loretto-Hilton Center?) The show’s real achievement, though, is that its brisk pacing did nothing to strip away its passionate heart. Costumes, sets, performances — everything felt new and profound and ready to take not only the opera world by storm but the world of anyone who loves a great story set to beautiful music. —Sarah Fenske