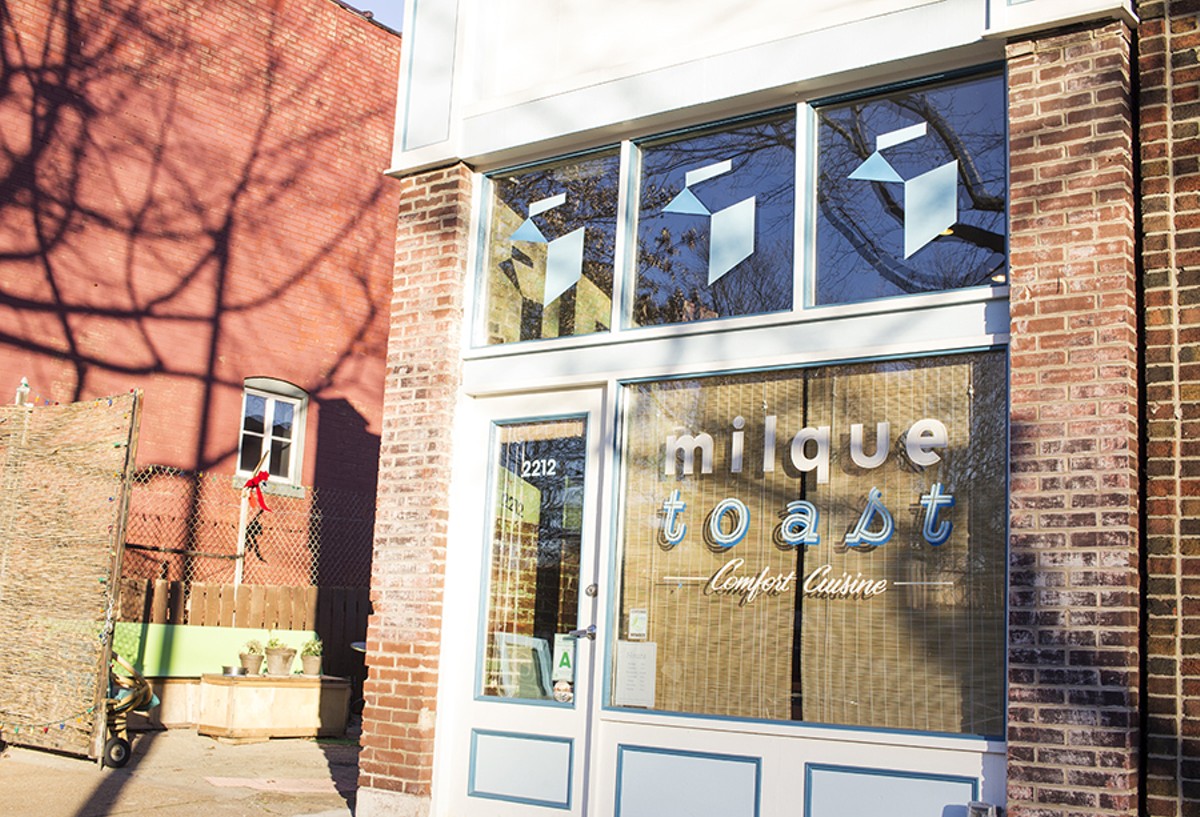 Mabel Suen
Milque Toast on South Jefferson Avenue.
A slab of concrete down by the river, a church filled with skate ramps and a cramped shotgun-style bar covered in band stickers are three good examples of “punk” clubs that can be found in and around St. Louis. Punk can be played anywhere, after all, but it’s no coincidence that a restaurant on South Jefferson where almost every item on the menu is lovingly served on toast has become a reliable place for local DIY musicians to perform. A hallmark of any great music venue is an open and inclusive approach to booking, and owner Colleen Clawson welcomes just about every kind of artist looking for a spot to host their event — as long as there’s space on the calendar, that is. With an outdoor stage for those wary of COVID-19 and a garden patio adorned with art, sculptures and odd objects, Milque Toast (2212 South Jefferson Avenue, 314-833-0085) offers a glowy and distinct backdrop for musical acts and bands across a myriad of genres, including but not limited to punk. —Joseph Hess