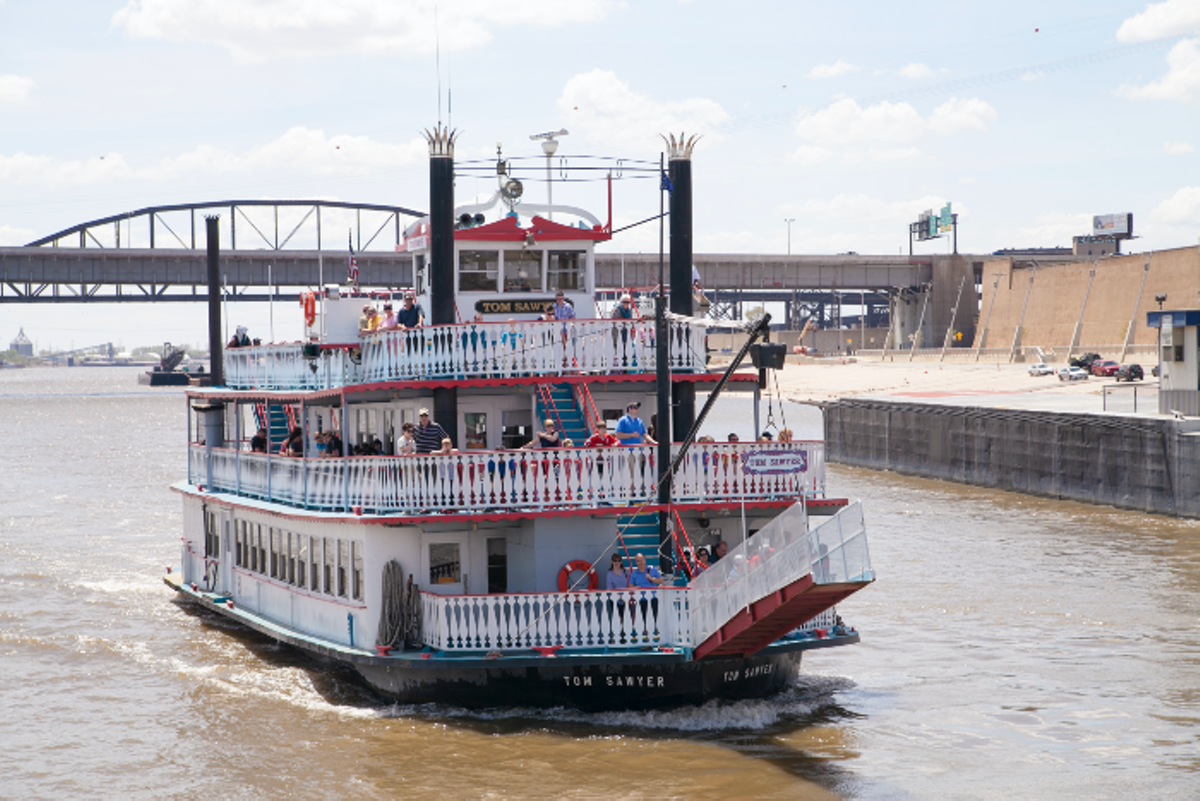 The Gateway Arch Riverboats
KDHX's Riverboat Shuffle is a trip through St. Louis music history.
KDHX’s Riverboat Shuffle bills itself as a show that “explores the ragtime, jazz, blues and swing of the early 20th century with historical contexts.” Believe it or not, it’s the “historical contexts’’ that really make the show stand out. Did you know, for instance, that once upon a time St. Louis was a hub for barrelhouse music? (A low-down, working-class derivation of blues, barrelhouse music is so named because musicians would sit atop a barrel of beer and entertain a dusty room full of bargoers.) In addition to being a highly accomplished musician, host T.J. Muller is nearly unparalleled in his knowledge of musical history, particularly as it pertains to St. Louis. “There was a time when I attempted to be a proper history student,” Muller says. “But I dropped out two times to join different bands.” Over time, Muller says, he picked up a wealth of knowledge “on the bandstand.” Now for two hours every Tuesday at 10 a.m. Muller perfectly weaves fascinating music history with 100-year-old recordings that somehow feel like the most innovative stuff on the FM dial. —Ryan Krull