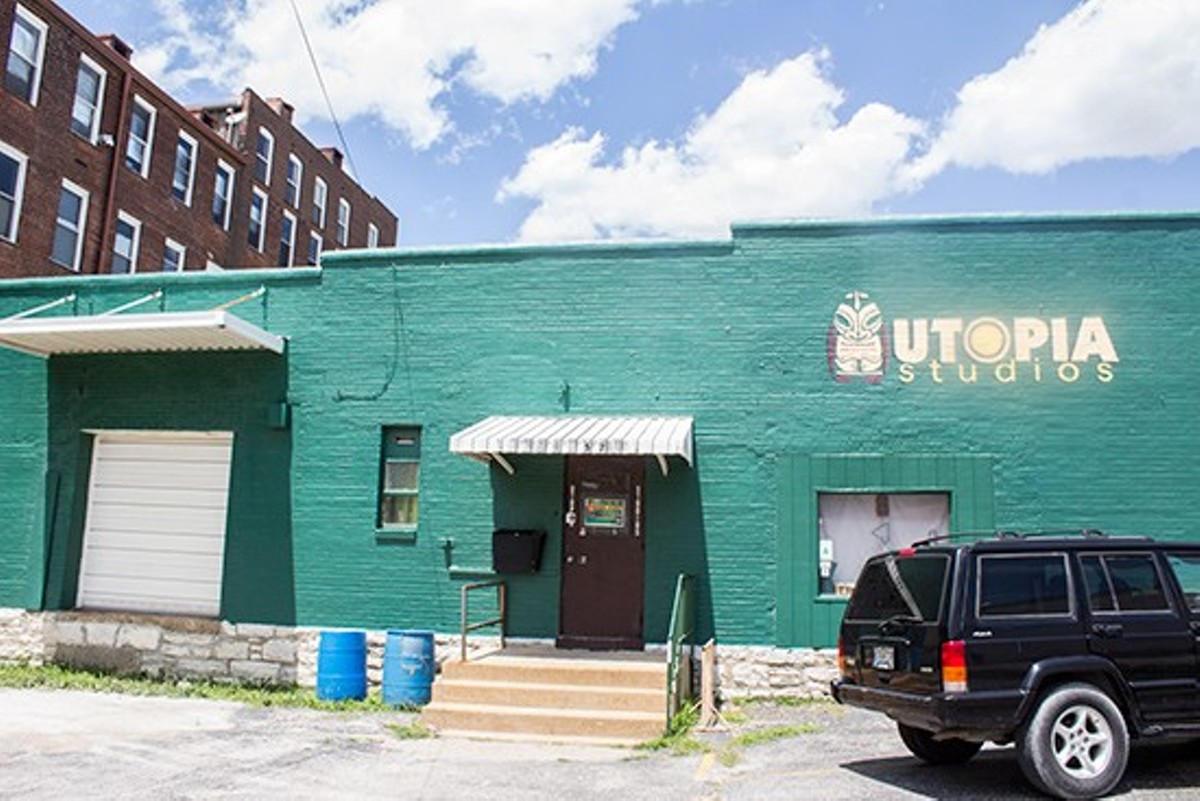 MABEL SUEN
Utopia Studios.
Utopia (3957 Park Avenue, 314-773-3660) is the recording studio you’ll want to go to even if you’re not a musician. If your band is looking to cut a record, you’ll find excellent recording space at reasonable rates. You can also rent out practice space on a month-to-month basis to make sure you’re ready when you do go into the studio or take the stage. But what good does any of this do you, tone-deaf reader who washed out of guitar lessons after the F chord hurt your finger? Well, Utopia also has a kick-ass bar with chill, lounge-like vibes that is open to everyone, musician or not. The patio outside is a great place to meet and network with up-and-coming talents. In addition to recording and band practice space, Utopia also offers space for dance, photography and film. —Ryan Krull