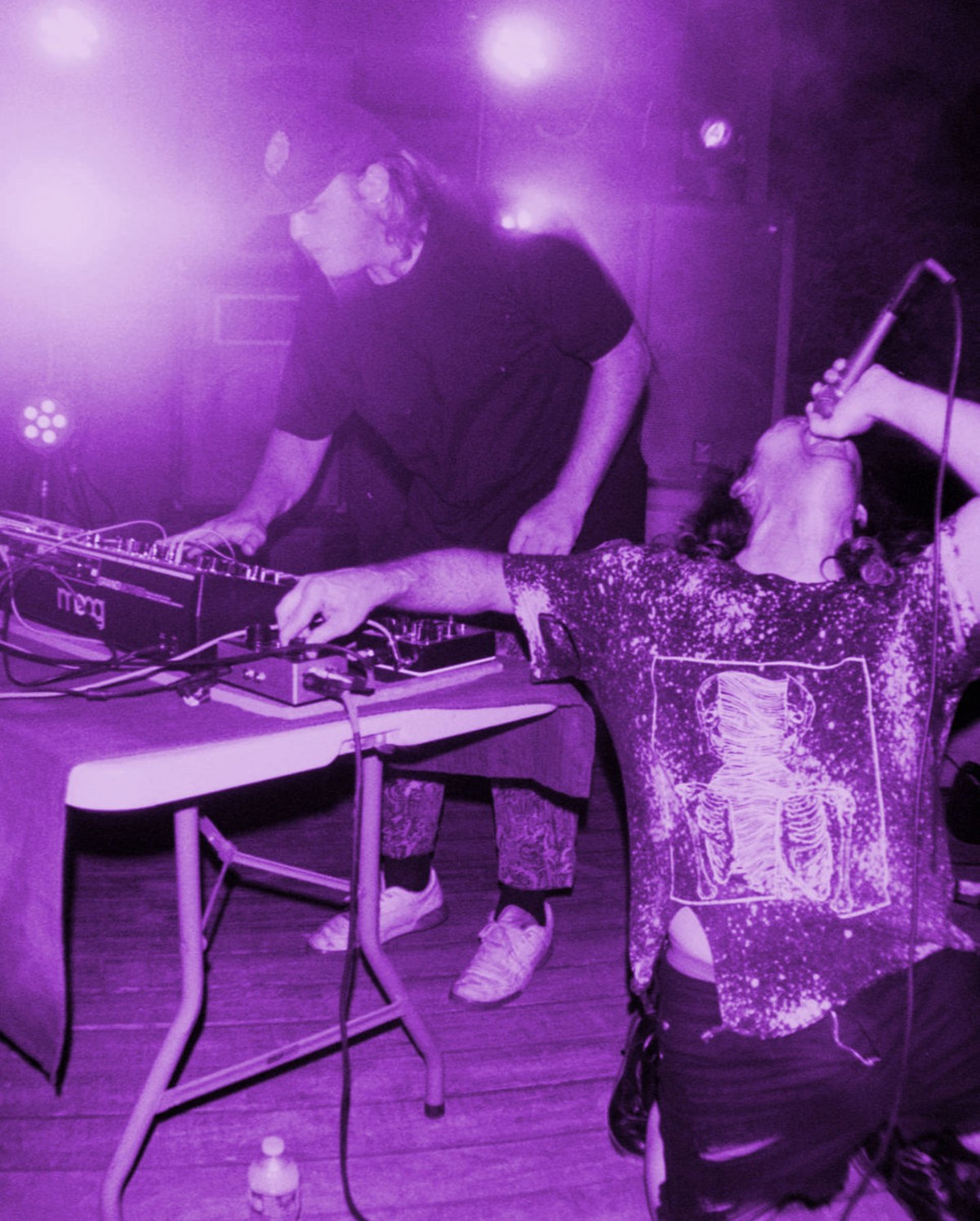 VIA BANDCAMP
The Mall.
The Mall debuted its jubilant synth-punk squalor in early 2020 with the release of Zone, an album that rightfully received acclaim both online and overseas for its driving industrial beats bathed in lush and melodic electronics. The project’s first show went down only weeks before COVID-19 arrived and shuttered concert venues for the foreseeable future. Not to be deterred, singer Mark Plant quickly refocused and started streaming live sets with a wild light show and a vivid, raw approach to performance. The Mall feels very much a culmination of Plant’s past work with a variety of different bands, and the recent addition of Spencer Bible has propelled the apocalyptic post-punk outfit to a new creative peak. With a 24-day tour through the U.S. and Canada in the rearview mirror, the dark wave duo will pay off the last two years of momentum when new album Time Vehicle Earth drops in October. Plus, the Mall managed to get punk.bandcamp.com for its web address, which alone is a praiseworthy historic feat. —Joseph Hess