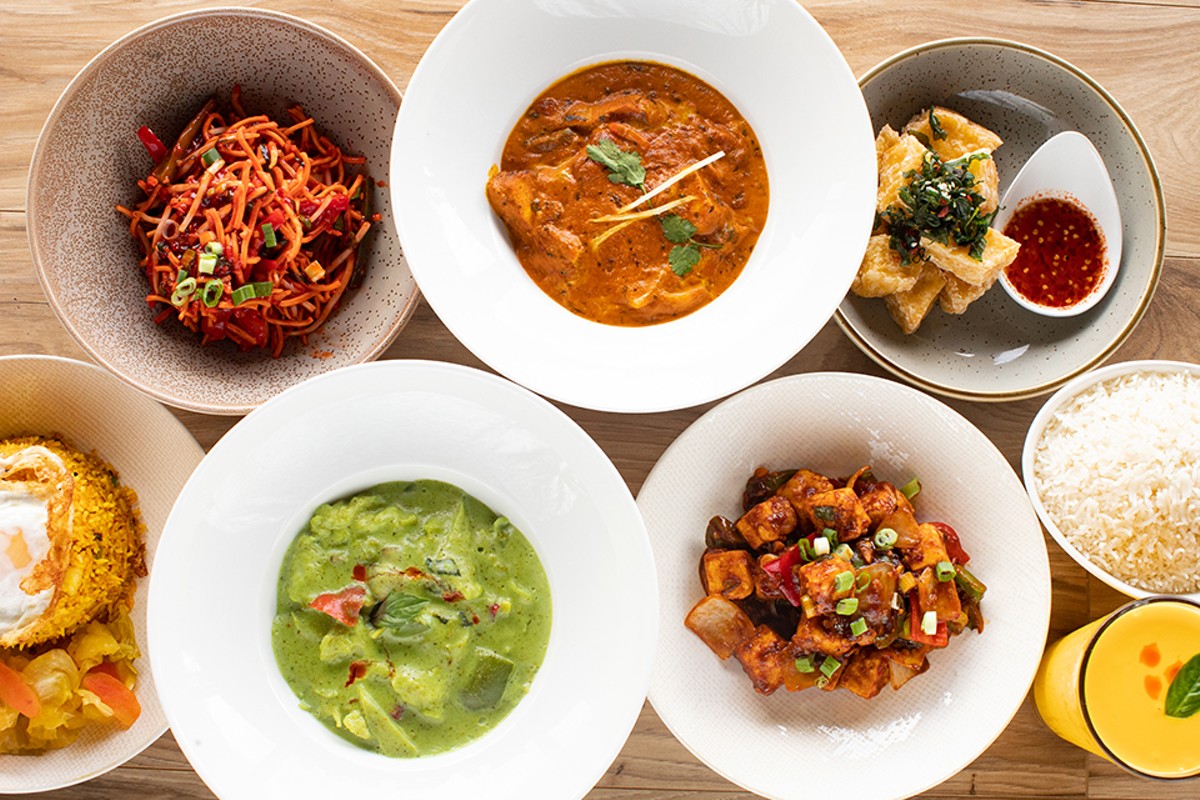 Mabel Suen
Basil India serves masterfully-executed Indian, Indo-Chinese and Thai fare.
When Basil India (3183 South Grand Boulevard, 314-428-9711) opened in April 2022, the restaurant had big shoes to fill: those of beloved South Grand mainstay Basil Spice. But any concern among south-city foodies was quickly dispelled the moment they tried chef Madan Chhetri’s crispy noodle salad, chili paneer or nasi goreng (an Indonesian rice, tofu and shrimp dish). The fare is outstanding. Chhetri is a nationally recognized chef known for innovative Indian and Indo-Chinese cuisine. For anyone new to Indian food, start with Basil India’s red curry or the chicken tikka masala. A side of flaky paratha is the perfect complement to both dishes. Explore the menu and expand your taste buds from there. Wash it down with a mango smoothie or a Thai tea. —Ryan Krull