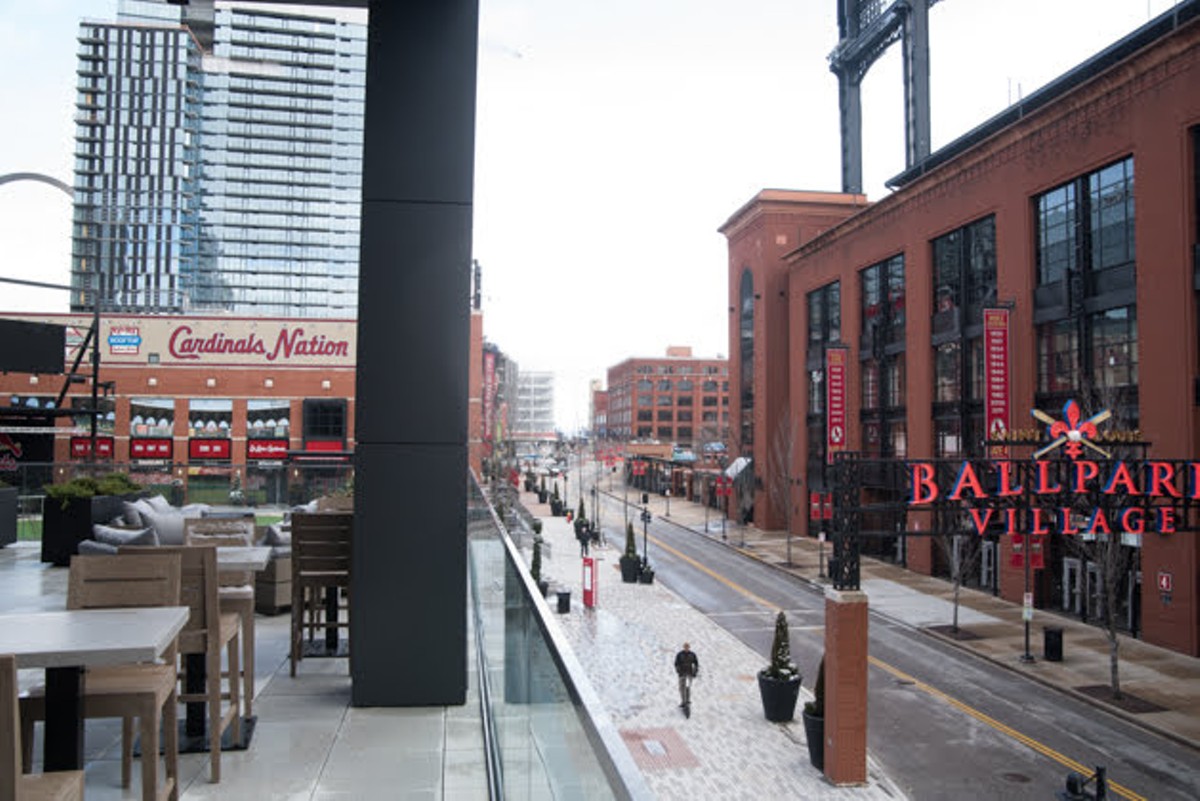 TRENTON ALMGREN-DAVIS
A view of Ballpark Village and Busch Stadium.

You’re so sick of this dude but not sure how to ditch him. He leaves his socks on the floor, he gets crumbs in the bed, and he laughs way too hard at jokes on TV that just aren’t funny. He’s just a simple man, and you’re looking for something more. You don’t want to hurt his Neanderthal feelings, but you just don’t want to continue having to explain to him that cans go in the recycling bin and not the trash. The best place to ditch him? Ballpark Village (601 Clark Avenue, 314-797-7530) downtown. It’s full of TV screens and shiny lights and loads of potential hookup partners. He probably won’t even miss you. You take him there, say you’re going for a beer and then just never come back. He might be a little confused at first, but he’ll drink a bit and eat some fried food and check out the people, and after a while he won’t even remember that you exist. —Jaime Lees