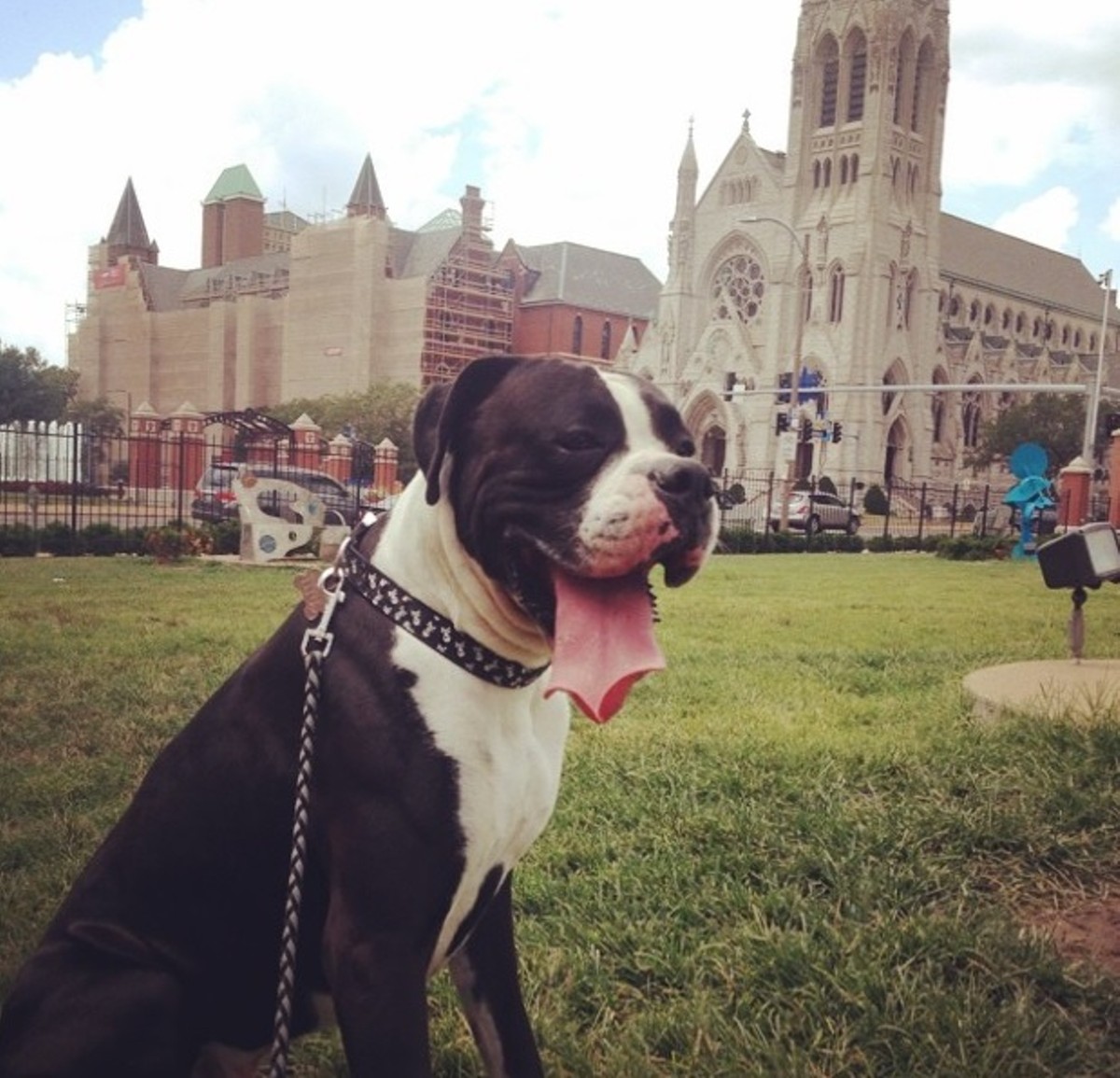 File Photo
The park by Saint Louis University has plenty of space for your pup to romp and a baggy dispenser — and the art sculptures are even coated with paint that protects against urine.

If she doesn’t melt at the sight of your dog, you don’t want her. And if your dog doesn’t like a girlfriend, you’re obligated to ditch her, immediately. The best way to get these two tests completed at the very beginning of a relationship is to meet your new sweetheart at the dog park. Maybe it will be a meet-cute situation where your dog humps her dog at the SLU Dog Park & Sculpture Garden (1 North Grand Boulevard) and you both giggle and apologize. Or maybe her dog hops up into your lap and then later in the relationship you invite her to do the same? Either way, if she doesn’t get along with your dog or your dog doesn’t like the smell of her, walk away from the situation immediately. Dogs know. They’ve been bred for generations to live alongside you and protect you. They won’t lead you down the wrong path when it comes to love. —Jaime Lees