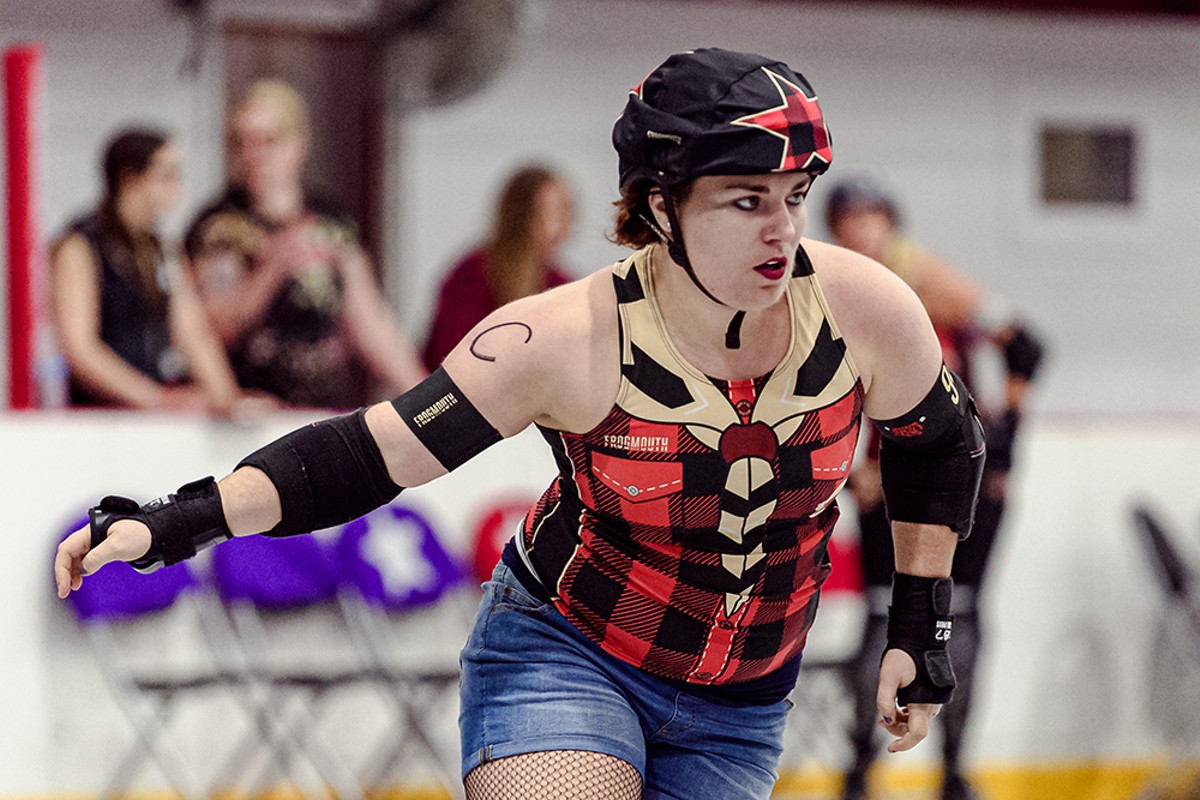 BOB DUNNELL
Gabe Montesanti.
Debut author Gabe Montesanti’s 2022 memoir, Brace for Impact, offers an intimate look at the oft-violent world of roller derby — and Montesanti’s difficult relationship with her conservative parents as she struggles to own her life as a queer woman. Those big themes play out in front of a vivid backdrop: St. Louis. Montesanti details jogging on the Delmar Loop, eating countless meals at Stacked Burger Bar and, most memorably, lacing up at the Skatium, a roller rink in the Patch neighborhood with a, how shall we say, memorable group of regulars and squatters.

It’s the stuff great nonfiction is made of, and with her clear-eyed prose and a certain arch amusement, Montesanti makes the most of it. Ultimately, the St. Louis she presents is not only filled with characters, but also with people who look out for each other, who provide family when the one you’re born with lets you down, and who model community. It’s no surprise to learn that after a year teaching college in Texas, Montesanti recently packed her bags and headed back to St. Louis. As the book makes clear, she didn’t just find roller derby here. She found home. —Sarah Fenske