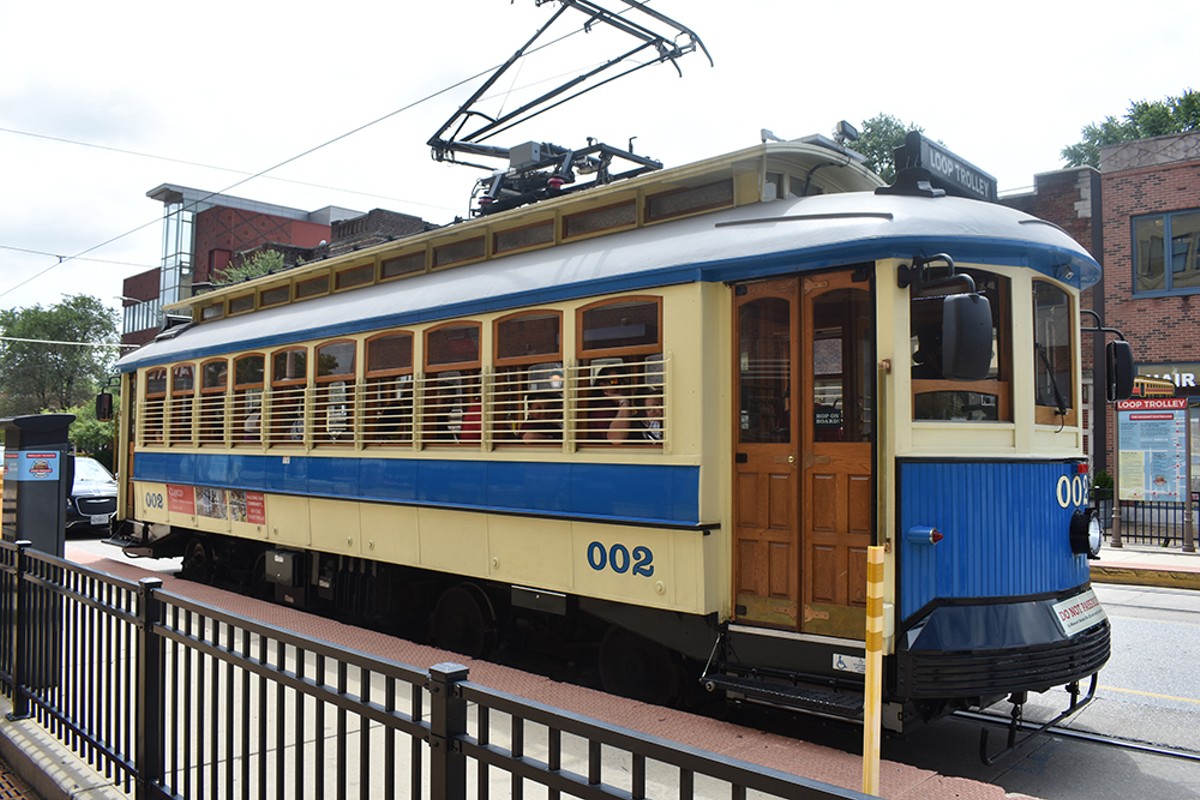 DANIEL HILL
Loop Trolley.
Just as it seemed that we were a city helpless in the face of turmoil — one rife with politicians embroiled in bribery schemes, transit systems and businesses alike stymied by historic flooding, and a citizenry pummeled mercilessly by a record-breaking heat wave — a hero once again emerged.

We’re talking, of course, about the Loop Trolley, everyone’s favorite never-say-quit transportation boondoggle, which arose from its slumber this summer to show the good people of the city that no matter how bad you think things are, they can always get worse. With a cacophonous screech that rustily screamed “WHY WON’T YOU LET ME DIE?” the trolley resumed service on August 4, not only because the federal government would demand millions from us if it didn’t, but also to remind us of a simpler time, when the worst things we had to deal with as a city were the clipped mirrors and mangled bicyclists left in the trolley’s wake. And as monkeypox bears down upon us and COVID-19 continues to grip the metro area, the trolley may well prove to be the savior we need — an empty, socially distanced space where we can go to escape our disease-riddled fellow man and reflect alone on how quaint things once were, all at speeds approaching 20 miles an hour. Just make sure you don’t have to be anywhere on time. —Daniel Hill