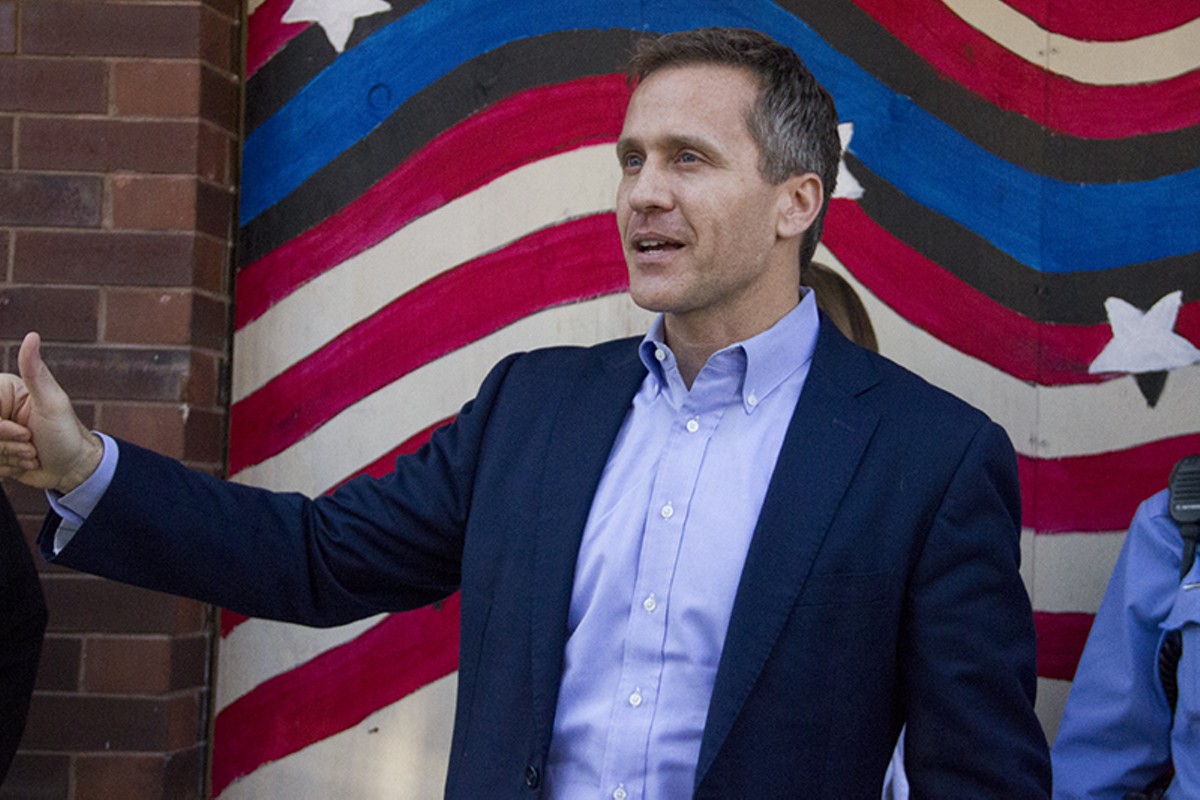 Missouri makes it too easy to pick out a villain. The hardest part about this RFT Best Of selection is narrowing it down to one person. Last year, we selected the trifecta of DaddyTrump wannabes: Missouri Attorney General Eric Schmitt, disgraced former Governor Eric Greitens and gun-toting loser Mark McCloskey. But something about Greitens made him stick out as particularly villainous this year. Maybe it’s the allegations of domestic abuse made by Greitens’ ex-wife in their child-custody hearings. Maybe it’s his violent viral campaign ad in which he “metaphorically” threatened to hunt his political enemies with a shotgun. Or maybe it’s his audacity to slither back to politics four years after being accused of sexually assaulting and blackmailing a woman and then resigning to avoid impeachment. Even some of Missouri’s biggest Republicans, including Senator Josh Hawley, think Greitens crossed a line. When a man like Hawley — an insurrectionist-encouraging, scaredy-cat chicken boy — tells you you’ve gone too far, that’s when you know it’s time to back down. Fortunately, Greitens lost his primary in August, and fingers crossed that is the last we hear from him in political circles. —Monica Obradovic