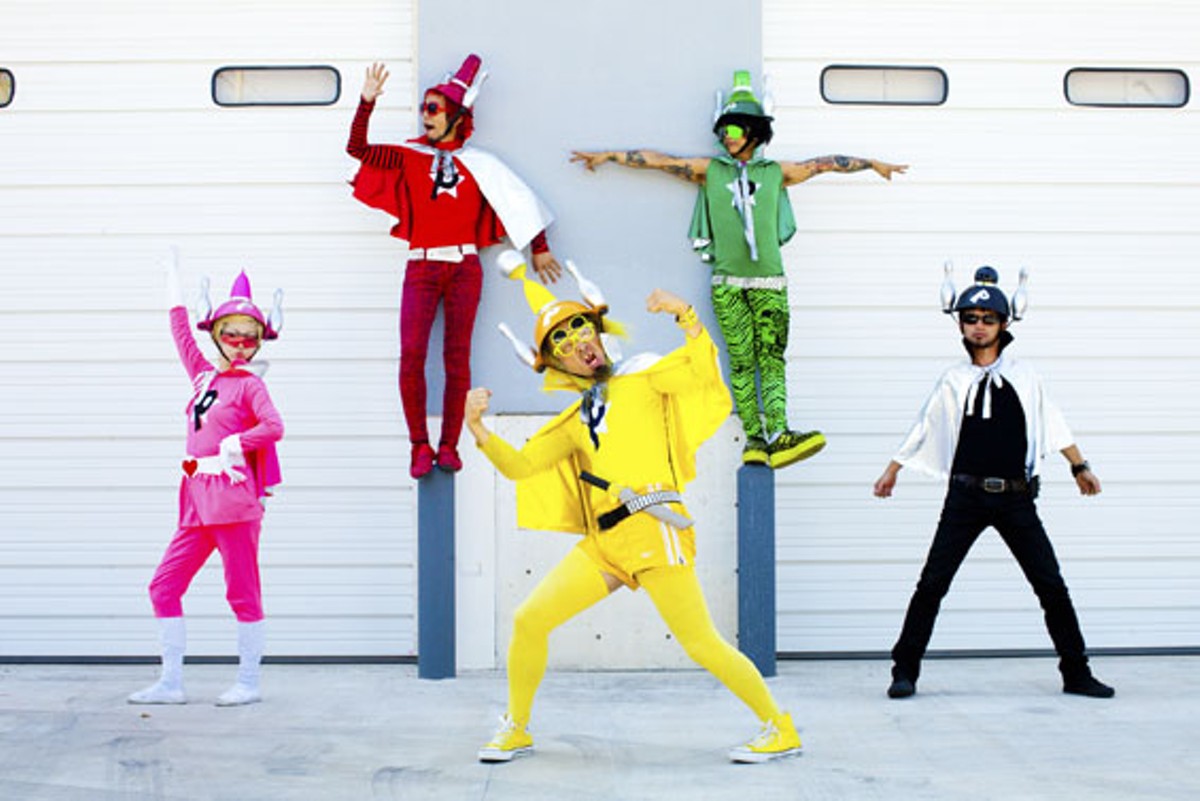 Peelander-Z is like Gwar on ecstasy. From Japan (via New York City), the members' bright color-block costumes make them look like after-hours Power Rangers. Described as "Japan action comic punk," the band is loved almost exclusively by those intrigued by novelty: comic-book addicts, professional wresting devotees, anime enthusiasts and Juggalos, alike. Peelander-Z is a good time wrapped up in a j-punk box. With songs such as "Ninja-High Schooool," "Ice Cream!" and "Pun! Pun! Punkrock!," the band gets audiences bouncing like little kids on a sugar high. Come for the spectacle, stay for the smiles.

Did You Know: St. Louis Japanophiles have been in luck lately. We recently had Melt-Banana, now Peelander-Z and soon Guitar Wolf. Arigatou, Japan.