photo courtesy of Half & Half
Half & Half
8133 Maryland Avenue, Clayton
The fried pickle atop the bloody mary at Half & Half definitely adds a “wow” factor. We're told that when other guests see one pass through the dining room at this Clayton hotspot, other tables usually follow shortly with orders of their own. 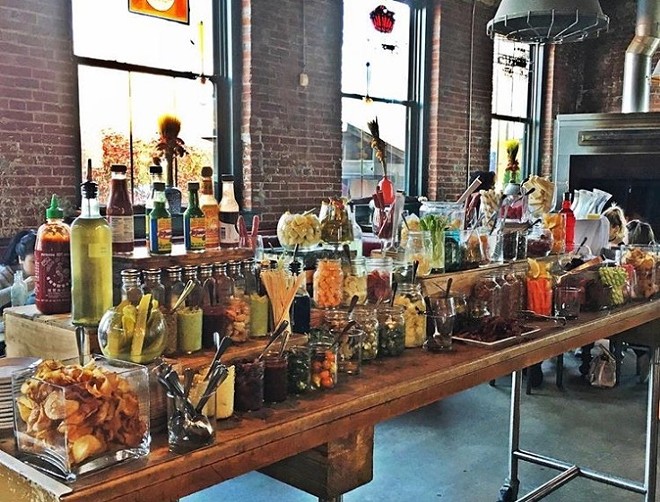 SqWires | @dbenzz
SqWires
1415 South 18th Street, Lafayette Square
Bloody marys at SqWires are bottle-aged with triple-distilled vodka and a house-made mix. Each $13 bottle has enough for two bloody marys and includes a trip to the bloody mary bar, which boasts more than 50 ingredients. Virgin bloodys, which also include a trip to the bar, are only $9. And, for those who simply want to snack from the extensive bloody mary bar to stave off the hunger until their entree comes, access to the bar sans cocktail is just $7. 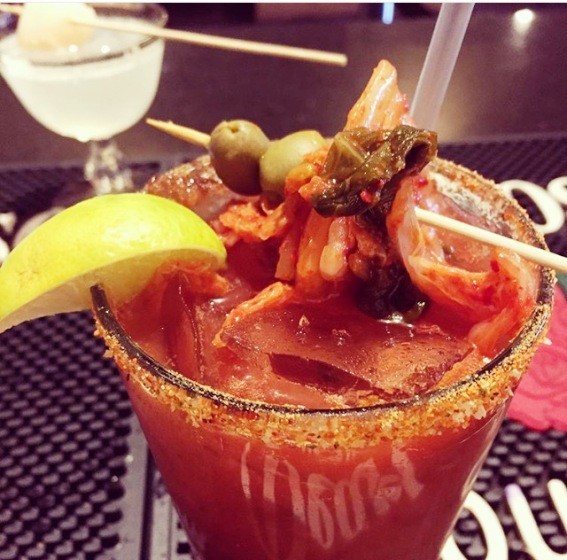 photo courtesy of Hiro Asian Kitchen
Hiro Asian Kitchen
1405 Washington Avenue, Downtown
The bar at Hiro Asian Kitchen takes the classic bloody mary to the next level with Asian fusion flair. The cocktail is at once spicy, savory and salty, with house-infused dill pickle vodka mingling with Korean kimchi, Korean spices, garlic and fish sauce. It’s served in a glass rimmed with Korean-spiced salt with a garnish of kimchi, olives and a lemon wedge. 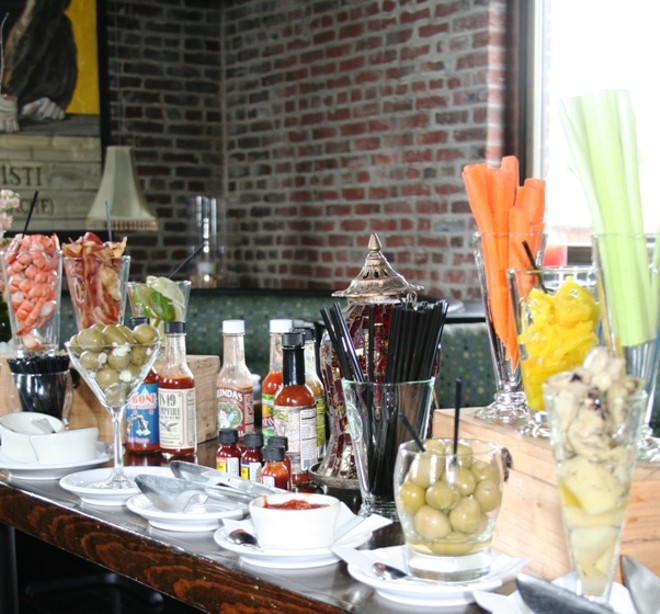 photo courtesy of Vin de Set
Vin de Set
2017 Chouteau Avenue, Lafayette Square
Sunday brunch is a tradition at Vin de Set. The experience begins with a choice of rotating house-infused vodkas in flavors such as spicy garlic lime or cucumber dill. Those are then paired with a house-made mix, such as a garlic-spiked “vampire mix” or a subtly smooth “smoky mix.” Garnishes include pickled vegetables from the restaurant’s urban garden, bacon, shrimp, beef sticks, a variety of cheeses, stuffed olives and ten different kinds of hot sauce.

photo courtesy of Rooster
Rooster
3150 South Grand Boulevard, Tower Grove East
and 1104 Locust Street, Downtown
The masterminds behind the bar at Rooster believe a good bloody mary is all about the mix. Theirs is made in-house with seventeen different ingredients — a recipe that was tested over and over (and over and over again; someone’s got to do it) until they found perfection. Their second tenet holds that rail vodkas sometimes hasten a hangover, so their bloody marys are made with Tito's, an American vodka that also has the benefit of being gluten-free.