The Academy Awards are on Sunday evening, and to celebrate, Gut Check has come up with some questionable delicious movie and food pairings. Some were simple and obvious (Life of Pi...pie...), while others were not as straightforward (Amour? Hmm...).

But we're clever here at Gut Check, so we got you covered. Here's what we're gonna be eating on Oscar night. 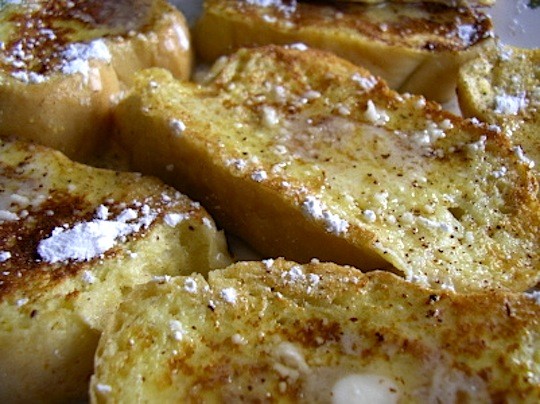 Amour is the kind of movie that's so damn depressing that it makes even Gut Check not want to eat. But, you know, it's French, so if you must eat something in honor of this film, eat something French. Like toast. French toast.

The elderly couple in the movie eat breakfast in one scene, and though they weren't eating French toast, it's safe to assume that had they been, they would have been much happier and things would have been completely different for them. Make sure to serve with real maple syrup, cause the French don't mess around with that fake sugar crap.