A Table for How Many? at Mattingly Brewing Company

We're Out of That, Too

When you take a group to a restaurant, you put the menu to the test. Your group members will likely order a wide range of available items.

In the case of Mattingly Brewing Company, we tried and failed.

One member of our group ordered a Chicago-style pizza. He did so early, with everyone's drink orders, because the menu said it would take longer to prepare. A few minutes later, our server returned to tell us that the chef hadn't made any Chicago-style dough that day. That was an honest response, but if something is on a restaurant's menu, the restaurant should be able to make it every day or turn it into an off-menu special.

The server then went on to say that the kitchen also didn't have wings, kabobs or calamari that night. By this point, ordering was becoming laughable. It reached its peak of humor (for those who could still laugh about it) when someone ordered a beer flight, and we found out that Mattingly was also out of 1984 Golden Ale.

Despite all of the items Mattingly didn't have, we were able to find things to order. We ordered a trio of flatbreads as an appetizer. According the menu, the trio came with three different dips: pesto, tapenade and hummus. When it arrived, one dip was red, one was orange, and one was brownish. Our server didn't indicate which dip was which, and we were left to guess. The whole table had a go at it.

It was clear that the brownish one was the tapenade -- you can't mistake the smell or taste of olives. Neither of the others tasted like hummus or pesto, though. We finally asked the server to let us in on the answer. The red one, she said, was a red-pepper hummus, and the orange one was a hummus. The dips all tasted great, but if any of us were set on a classic beige hummus or a regular green pesto, we would have been disappointed. The menu needed to be more explicit. 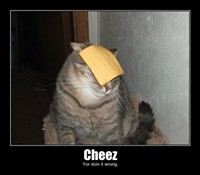 Despite the fact that we were the only outdoor table, our server did a great job of keeping our water filled and checking in on us. However, there were still some awkward moments.

When I balked at the idea, our server returned my burger to the kitchen and it returned a few minutes later as a cheesy but overcooked piece of meat. As consolation for my troubles, she took the cost of the slice of cheese off of our check.

Our server made the classic mistake of asking whether we wanted separate checks (which we did) at the end of the meal rather than as orders were placed. We've seen this before, and it rarely goes well.

When the checks came out, things were jumbled. "The multiple pizzas confused me." Again, I loved our server's honesty. It was endearing, but maybe not the most professional choice of words. We gave each other cash to make up for the differences and to make her life easier.

I wouldn't rush to bring a large group to Mattingly again. However, if drinking beer is the focus, your group will love trying their brews. If you are looking forward to eating or drinking anything specific, I would recommend calling ahead to make sure it's available.

Stefani Pollack is the author of the food blogs Cupcake Project and Food Interviews. She is also a member of the St. Louis Dinner Club. She blogs about her large-group dining experiences twice a month for Gut Check.