After a Two-Alarm Fire at Taqueria Durango, Local Chefs Rally to Help 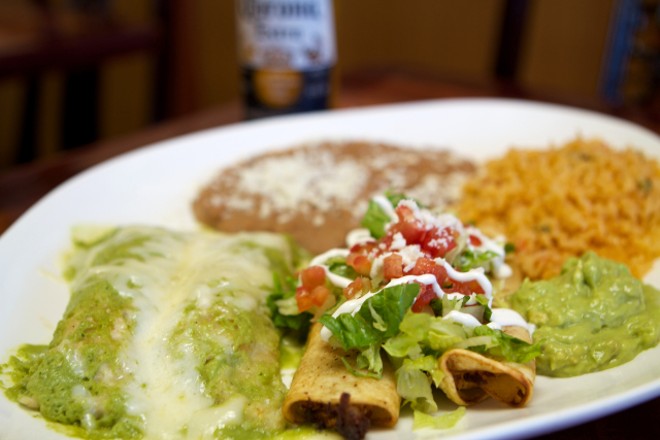 RFT ARCHIVE
Local chefs are raising money for the Lopez family, who operated Taqueria Durango for the past 22 years.

At 3:38 p.m. on March 5, an emergency call was placed from Taqueria Durango (10238 Page Avenue, Overland; 314-429-1113) to Central 911 Emergency after some frying oil caught fire and spread too quickly to be contained by staff, as first reported by the St. Louis Post-Dispatch.

Miguel and Isidora Lopez’s daughter Angelica Lopez says she lost the strength to stand when she first saw the extent of the damage.

“I couldn’t believe it,” she says. “So many memories. My parents put so much hard work into building it.”

The Lopez family had run the restaurant for almost eleven years; March 28 would’ve been its eleventh anniversary. Angelica says the fire completely destroyed the restaurant, and her family is unsure of when it will reopen.

In the wake of the devastating two-alarm fire, members of the St. Louis food scene are now coming together to help out the Lopez family as they work to rebuild the popular Mexican restaurant in Overland.

Those efforts will culminate on March 24 at Guerrilla Street Food's Delmar location, which will host a Taco Tuesday benefit for Taqueria Durango. More than eight awesome local restaurants including Mission Taco Joint, Byrd & Barrel and Pastaria will serve their own style of taco at the benefit, with a portion of proceeds donated to Taqueria Durango (the restaurants will be covering costs for the event and donating as well).

Guerrilla Street Food's Brian Hardesty started organizing the Taco Tuesday benefit after seeing news of the fire on Twitter last week. He says he has been eating at Taqueria Durango at least twice a month for the past ten years; before announcing the event, he set up a GoFundMe campaign with a fundraising goal of $25,000. As of this writing the campaign has raised more than $12,000.

"I set a lofty goal because I thought the St. Louis community would come together to meet that goal," Hardesty says. "I would like to think that any restaurant, especially one where it's the family's only income, would have people support them."

Angelica says the fundraising campaign came as a shock. She hasn't formally met Hardesty, but recognized him and his Guerrilla Street Food business partner, Joel Crespo, as regulars at Taqueria Durango.

Hardesty wasn't the only St. Louis chef who wanted to give back to Taqueria Durango and the Lopez family. In a message shared with the Riverfront Times, Byrd & Barrel's chef-owner Bob Brazell said upon hearing the news he immediately made a post on Facebook promising to donate a portion of last weekend's sales to the family.

"We are all small business owners and we all work so hard for what we have," Brazell said. "To lose it like that is horrible."

Taqueria Durango was one of those places people in the food industry would go to on their day off, Ortmann says, adding that it sold good, authentic street tacos without a trendy or frilly atmosphere. 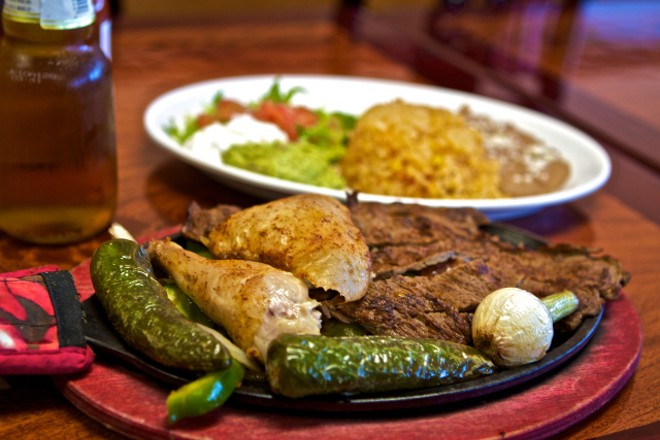 RFT ARCHIVE
A selection of the authentic Mexican fare at Taqueria Durango.

"We just want to show the family we support them," Ortmann says. "A lot of chefs would feel like their whole world went up in flames. I feel like when these things happen around town, the restaurant community really rallies."

Bockman will also be participating in the event, challenging diners that can eat more tacos than anyone else in town; find out if he's right by sticking around for a taco-eating contest at the event, as you can register to try and beat him. (The time for the contest has not yet been announced.)

Taco Tuesday will host both lunch and dinner services; lunch will run from 11 a.m. to 2 p.m. and dinner from 5 p.m. to 9 p.m. Doug Marshall, a.k.a. the Tamale Man, will donate 100 tamales for the dinner service. For dessert, ice cream from Ices Plain & Fancy will be served all day as will beer from 2nd Shift Brewing and tequila from Una Vida Tequila courtesy of Mission Taco.

All that support, Brazell said, is a part of what makes the St. Louis food scene so special. In good times and in bad, folks in the local food scene rally to support one another.

"I've always spoken very openly about how much I love this city and this industry," Brazell said. "This is why."

Overwhelmed by the support shown for their restaurant, the Lopez family agrees.

“I guess you could say a brightness is coming out of this tragedy,” Angelica says. “We are very grateful and could never have imagined this love and community.”

To learn more about the Taco Tuesday benefit, visit the event's Facebook page.