Bar Rescue Goes 'Back to the Bar' in St. Louis This Sunday 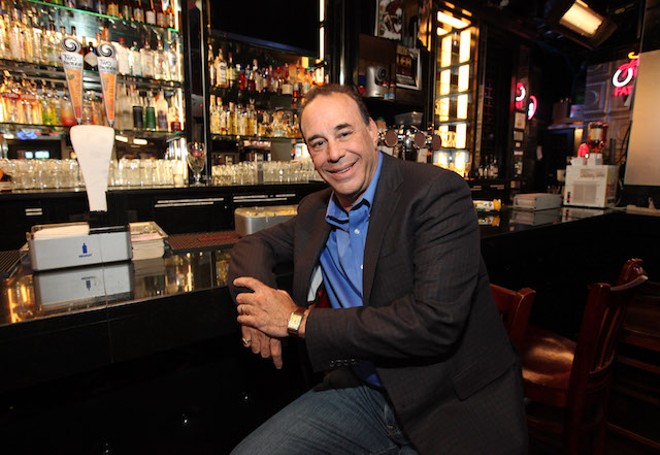 COURTESY OF SPIKE TV
Jon Taffer is back in St. Louis!

Or, perhaps more accurately, Jon Taffer's crew was back in St. Louis. Just a little over a year after Bar Rescue first featured its transformation of Van Goghz into a pressed-cocktail spot called Crafted, a crew from the Spike TV show, including on-air personality Mia Mastroianni, returned to St. Louis to film an update called "Back to the Bar." That episode is now set to premiere Sunday evening.

Unfortunately, the episode will not also feature the Beechwood, the Gravois Avenue bar whose dubious transformation featured topless bartenders and assorted other drunken antics. But that's no doubt in part because the "Back to the Bar" reunion shows focus on successful transformations — and Crafted is indisputably that. The bartenders tell Mastroianni they're on their third iteration of seasonal cocktails utilizing the French press technique that Taffer taught them.

And it's working! "This is a triumph," Mastroianni tells the bartenders after trying the bourbon-based "Honey Bear Smash."

It's not just TV magic. The bar has become a great little spot in Tower Grove East, with not only those cocktails, but also a well-executed menu of bar favorites. (If you like tater tots, seriously, do not miss the "spud bouquet.") The chef even tells Mastroianni they've had to hire more staff to keep up with the increased business. Yay, Crafted!

We welcome tips and feedback. Email the author at [email protected]rfronttimes.com