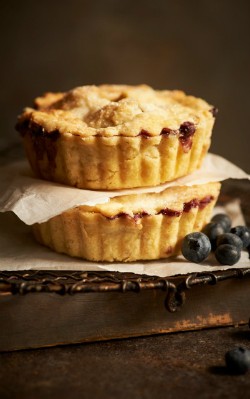 If you're looking for the the cream of the crop from the Show-Me State, head down to the Missouri Botanical Garden (4344 Shaw Boulevard; 314-577-9400) this weekend. The annual Best of Missouri Market will take place Saturday, October 6, and Sunday, October, 7, from 9 a.m. to 5 p.m. The market will also be open on Friday, October 5, for a first look between 6 and 9 p.m. The twenty-first edition of the market will feature more than 120 vendors from across the state, including approximately 30 first-time vendors.

Gut Check did some advance work in anticipation for the event, and picked out seven vendors with products that caught our eye -- and stomach.

Pie Oh My (2719 Sutton Boulevard, Maplewood; 314-704-4416) owner Jane Callaghan learned the craft of making pies from her mother while growing up on a Minnesota farm. Now based out of her new shop in Maplewood, she still uses Mom's recipes but experiments with different fillings, like apple, green chile and pecan. Don't fret, pie traditionalists: Callaghan still rolls out several classics year-round, as well as seasonal offerings.

Gringo Goose Ok, so this didn't necessarily catch our stomach. The exact words that caught our eye while scanning the vendor list were "Goose Poop." So what, exactly, is it? Owner Sarah Nodine has made the sweet and spicy relish spread for more than ten years. As a medical sales representative, she originally sold the spread to her customers, doctors of gastroenterology, as "Colon Cleanser." After switching specialties to radiology and doctors who don't appreciate bathroom humor, "Goose Poop" took over as a tribute to her father, known as Goose. The package promises it goes with a wide variety of foods. It doesn't promise that it'll go through you faster than poop through a goose, but, it doesn't not promise it, either.