Billy G's Food Is Just OK, But You Wouldn't Know It from the Lines 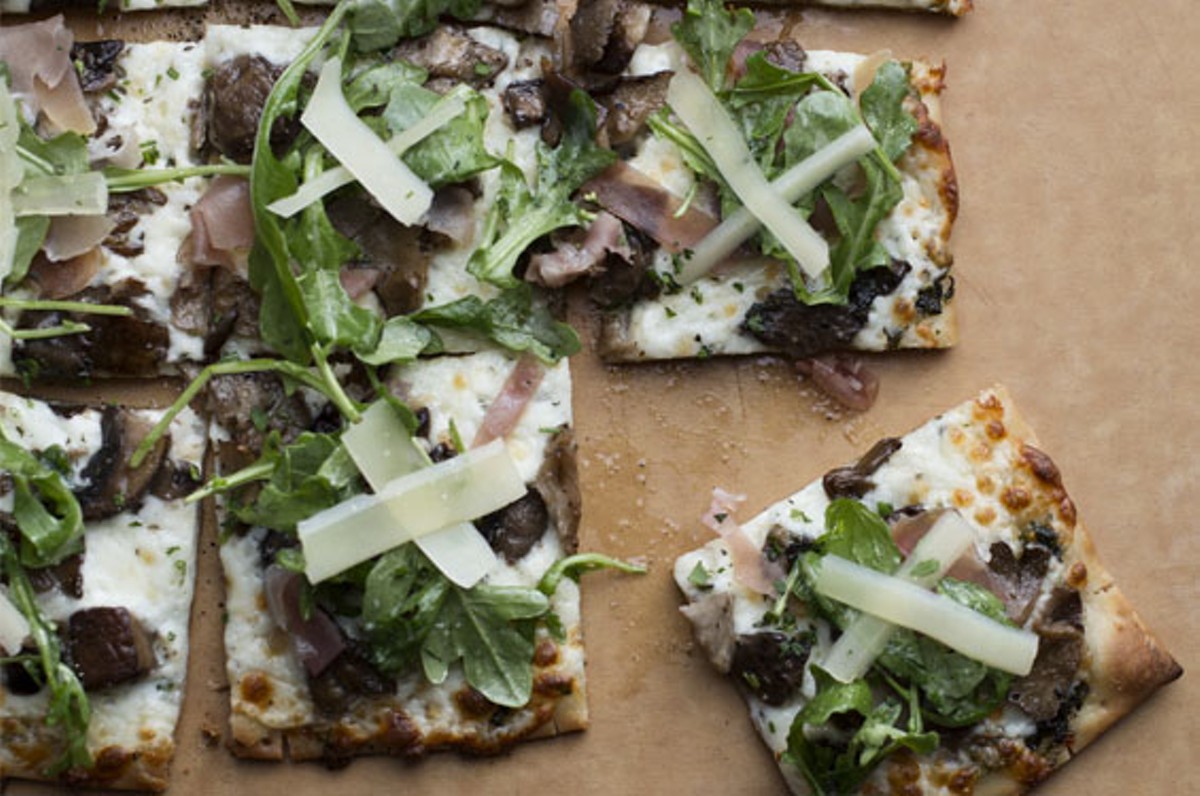 Billy G's Food Is Just OK, But You Wouldn't Know It from the Lines

One year ago, Pete Wells, food critic for the New York Times, excoriated Guy's American Kitchen and Bar in Times Square in a review written entirely in the form of insulting questions for its owner, chef-lebrity Guy Fieri. Among the zingers, Wells likened the watermelon margarita to radiator fluid and formaldehyde, noted that the baked Alaska tasted like fish and suggested that the menu was a "whirling hypno wheel...where adjectives and nouns spin in a crazy vortex." The review, widely considered to be the worst review ever given by the Times, went viral. It should have — in theory — sunk the place faster than Wells' heart did when he read the words "Donkey sauce" on Fieri's menu.

Last week, on November 13 — one year to the day since the infamous review — Yahoo! News went to Guy's to see how the restaurant was doing. Rather than shuttered and shamed, they found Guy's apparently basking in the glow of success and flush with patrons. "It's doing fantastic. There's a great team in place. We just shared the People's Choice award with my buddy Josh Capon at the New York City Wine & Food Festival," Fieri told the website in a statement (to be clear, it was an award for his "Bacon Mac 'n' Cheese" burger at the NYCWFF's Burger Bash competition). Some of the patrons Yahoo! interviewed knew about the New York Times review and went anyway, defending Fieri against the elitist snobbery of Wells. Though it peddles everything that is wrong with American food, Guy's appears to be succeeding in spite of itself. Apparently, all is well in Flavortown.

Why are these institutes of banality and Buffalo wings so popular? Their obsession with providing something for everyone translates into mammoth and disjointed menus, sometimes with a table of contents, that simultaneously offer sushi and spaghetti while relying on frozen, processed crap to keep up in the kitchen. But the lackluster food does not seem to bother the throngs of patrons who line up at the door, clasping their vibrating buzzers. Is it the décor? Location? The desire for familiarity?

I was reminded instantly of this culinary enigma when I walked into Billy G's. A crowd filled the lobby, everyone anxious to get their names on a White Pages-length wait list. In the course of an hour-and-a-half-long wait on a Friday night (Billy G's does not take reservations for dinner), I heard more than one party mention that they heard the food was so-so. And yet there they were — waiting 90 minutes — preparing to be underwhelmed.

Billy G's threw most of its weight behind a stunning patio, and even this skeptic must give credit where credit is due. It's not subtle. Towering flaming torches — one of the many fiery fixtures that populate the huge space — greet diners as they walk up to the entrance. The outdoor space is enormous, lined with semicircle booths, and filled in with an outdoor bar and a large rectangular table that shoots flames from its blue center. There is no denying that this is a lovely place to spend an autumn afternoon sipping cocktails.

Inside, the lobby mob feels a lot like a Kirkwood High School reunion. Former cheerleaders, now donning chic haircuts and faux fur vests, populate the premises taking selfies, while their jock ex-boyfriends down craft beer at the bar over the din of 38 Special. The bar is tended by an attractive, flirtatious staff, and there is a big-box store's worth of televisions to ensure constant game coverage.

If you anticipate being dragged here for dinner by former classmates this Thanksgiving eve, prepare for adequacy. I started with toasted ravioli, expecting that a place with Italian undertones would do it right. Instead, they were chewy, the meat filling was mush and the sauce was watery — telltale signs these came from the walk-in. Basically, this is the toasted ravioli served at any run-of-the-mill bar in St. Louis. The shrimp diavalo were, on the other hand, totally unique and in completely the wrong way. The shrimp was tender and well cooked, but the sauce — a roasted red pepper marinara — was so unsavory, I clamored for a bite of anything else to get the taste out of my mouth. It tasted like peppery B.O.

The eggplant Parmesan entrée was a bit chewy but otherwise average. On the ravioli prosciutto dish, I found pairing beef ravioli with prosciutto to be a little odd, but it was decent. The ravioli tasted frozen and the beef filling was plain, but the Parmesan cream sauce was rich and flavorful, although there was probably too much of it. Broccoli, grape tomatoes and mushrooms added a little pop, and, thankfully, the prosciutto roulade garnish was not cooked into dried-out, tough splinters. The chicken log — er, chicken spedini — underwhelmed with its lack of seasoning. The breadcrumb coating was pasty, and the butter-garlic sauce seemed more like plain melted butter as it pooled at the bottom of the plate.

There were a few glimmers of hope in the meal. The grilled pork chop was juicy and nicely seasoned, brightened by an apple-cranberry relish. The bed of sweet potatoes was creamy, infused with the juice of the pork and the braised fennel. A generous portion of Brussels sprouts had a pleasant, roasted and vinegary taste, adding another dash of color to an already pretty plate.

If there is one food item worth going to Billy G's for, it is the pizza. Cooked in a searing hot wood oven, the crust is thin and crispy. We tried the "Farmhouse White," which was drizzled with garlic-herb oil and topped with mozzarella, shaved Parmesan, mushrooms, prosciutto and arugula. The simple preparation allowed the ingredients to shine. I must admit: I was impressed.

It's clear that Billy G's — like Guy Fieri's restaurant — will enjoy success regardless of a not-so-great review. The atmosphere and location will keep the customers coming, even if expectations for the food are low. And for a lot of diners, they're fine — or even prefer — patronizing a place that's just one of the Guy's.