BlackFinn American Grille to Open at the Galleria 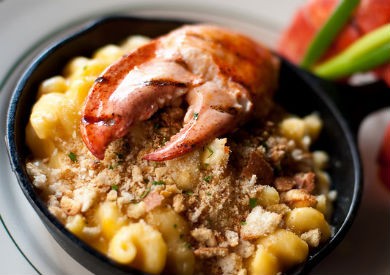 Ben & Jerry's and the California Pizza Kitchen will be joined in the St. Louis Galleria in late September by a new concept for the Midwest: the BlackFinn American Grille.

BlackFinn's menu items include seafood items such as crab cakes and lime-seared salmon, as well as the standard American fare (hence the "American" in American Grille) of salads, soups and burgers made with fresh, local ingredients. And for those who are into meatier options ─ wait for it ─ there's the bacon-wrapped meatloaf. All entrees average $15 to $22.

For its Missouri location, the restaurant partnered with award-winning designer Richard J. McCooey of Washington, D.C., to develop the 9,500-square-foot-space.