Cafe 7even, New Restaurant from Owner of Sameem, to Open in North City 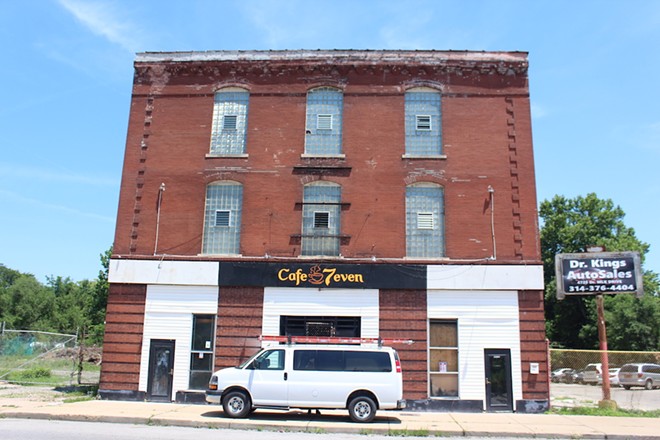 KATIE COUNTS
Owner Fahime Mohammad says he plans to open his new restaurant Cafe 7even sometime late July or early August. However, a soft opening is planned for Monday, July 15, at 11:30 a.m.
When Fahime Mohammad was in his late teens, he lived in a small north St. Louis apartment with his brother and uncle. Having just arrived in the U.S. as an immigrant from Afghanistan, he says it was “the only place where I could afford to live.”

To pass time, he would walk down Dr. Martin Luther King Jr. Drive looking up at the buildings, observing a world that felt so alien to him. One building with beautiful red brick always stuck out.

"Oh, man I wish I could own this someday,” he thought.

Many years later, during the 2008 housing crash, he bought it.

Now, Mohammad plans to open an international restaurant, Cafe 7even (4729 Dr. Martin Luther King Jr. Drive, 314-374-5270), in the building, which is located in the Kingshighway East neighborhood. He hopes it will bring people together and bring something to the area.

"I'm a stakeholder on that street, so what can I do as an investor, as a stakeholder, as an owner to make my contribution to make that neighborhood, that street back into a vibrant street,” Mohammad says.

Along with his brother Qayum, Mohammad also owns Sameem Afghan Restaurant (4341 Manchester Avenue, 314-534-9500) in the Grove. The brothers were inspired to open Sameem in 2005 to bring a sense of Pashtun and Afghani hospitality to the area. Mohammad hopes to do the same with Cafe 7even.

"This is a place where people can gather," he says.

The name comes from Mohammad’s fascination with the number seven and everything associated with it — days of the week, colors in a rainbow, oceans of the world. Eventually, Mohammad plans to feature food from all seven continents—except maybe Antarctica.

But Mohammad says opening this restaurant will have its own set of challenges. Dr. Martin Luther King Jr. Drive is witness to its fair share of poverty and abandoned buildings, and areas north of Delmar have struggled from disinvestment.

Mohammad says he wants to keep the restaurant's prices low and the food relatively healthy. He says he wants the cafe to serve as a space for creators with a sort of market where people could buy and sell their goods.

And despite having no prior experience with videography, Mohammad says he plans to make a documentary about the history and the people of north St. Louis. He’d like to release it around the same time as the grand opening of Cafe 7even, which he estimates will take place sometime in late July or early August.

But customers shouldn’t have to wait that long. The restaurant’s Facebook page says that a soft opening is scheduled for Monday, July 15 at 11:30 a.m.

You can find out more about Cafe 7even via its Facebook page. 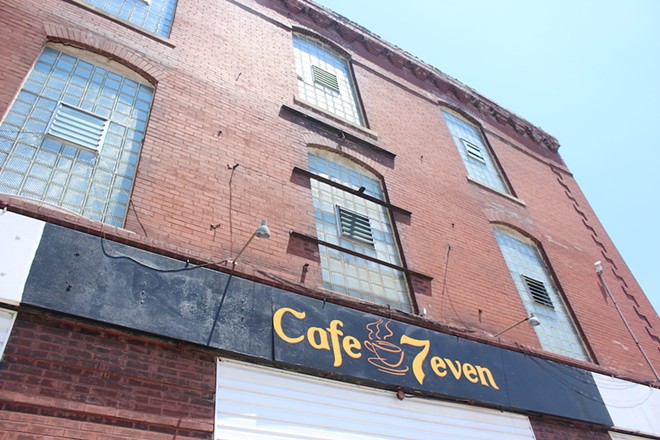 KATIE COUNTS
The restaurant's name comes from Mohammad's love of the number seven.