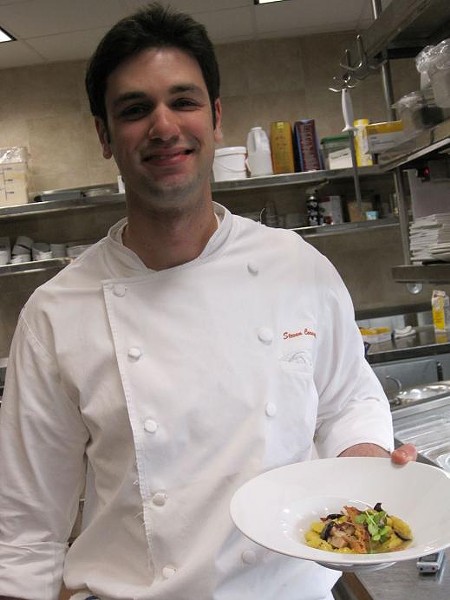 Robin Wheeler
Steven Caravelli, Chef de Cuisine at Sleek
When Steven Caravelli taught at L'École Culinaire, students always asked him when they would be chefs. They could do it the way Caravelli himself did.

First, earn a degree in journalism at the University of Missouri - Columbia while working in a gourmet shop. Over the course of the next six years, work days as a bank teller and nights in the kitchen at Chez Leon while writing the occasional article for Sauce Magazine until there's a full-time position available at the restaurant. Make a stop at a local culinary school for one semester. 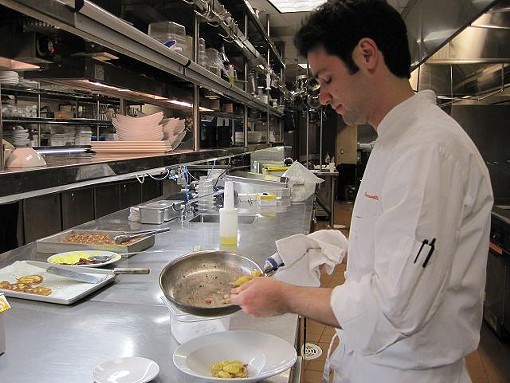 Robin Wheeler
Work as a French pastry chef while learning the craft from books, then do some time in a country club kitchen before hitting An American Place. Work for Gerard Craft in the early days of Niche. Teach. And when a big celebrity chef like, say, Hubert Keller, comes to your hometown to open a steakhouse in a new casino, apply for the job.

Hey, it worked for Caravelli.

"People always wonder how you become a chef," he says. "I had no idea how it was going to happen to me, either. It was hard work and working for the right people in St. Louis."

As chef de cuisine at Lumière Place's Sleek, he adds a local sensibility to Hubert Keller's concept and corporate chef Laurent Pillard's menus. "I'm from St. Louis so I've tried to get people from St. Louis to come here. I don't want us to be known as a restaurant that's an elite, Herbert Keller fine-dining French restaurant. People here don't go for celebrity. They just want good food."