Cock-a-Doodle 'Cue: At the Gobble Stop Smokehouse, it's all poultry, all the time 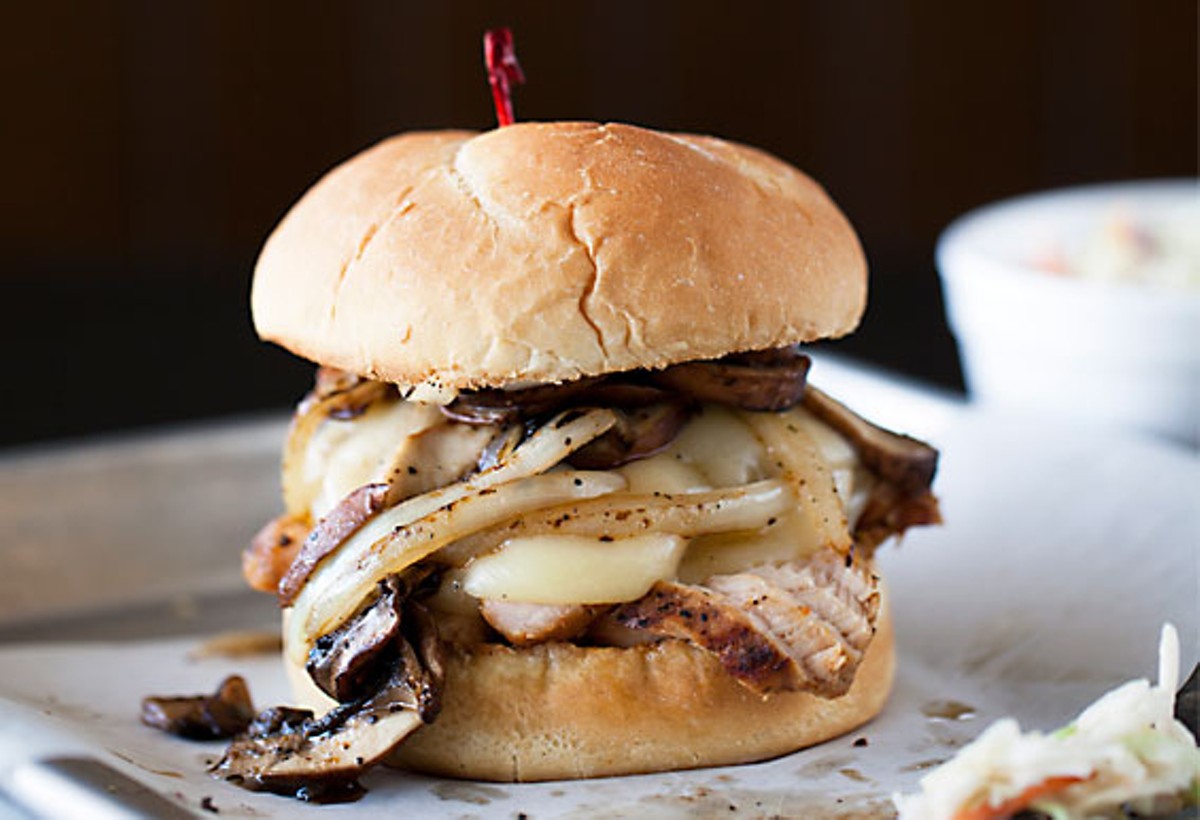 Cock-a-Doodle 'Cue: At the Gobble Stop Smokehouse, it's all poultry, all the time

Poultry occupies a neglected corner of the barbecue pantheon. It's the Ringo tune on a Beatles album, the pitcher batting with the bases loaded. Even in the hands of a barbecue master, birds are liable to disappoint — not because they're bad, but because you know you could be, you should be, eating pork or beef brisket instead.

Enter Gobble Stop Smokehouse. This four-month-old Creve Coeur barbecue joint is remarkable for two reasons, only one of which is that name. Here chicken and turkey dominate the menu — and you won't find so much as a morsel of pork.

DeMarco Howard, with his brother, DeMones and their extended family, opened Gobble Stop in June in a small storefront in the Castillon Arcade Plaza, a strip mall on the northeast corner where Olive Boulevard intersects Fee Fee Road. The space, which previously housed an unrelated barbecue joint, is spare, with seating for twenty. The menu is written on two chalkboards on the wall behind the counter.

DeMarco Howard is liable to be the person who takes your order, brings out your food and asks if you need a refill of your soda. Gobble Stop is his first restaurant. He decided to pursue a culinary career after being laid off two years ago. (In the meantime, he obtained a degree from Forest Park Community College's culinary school.) As for his focus on poultry, he says this is partly by default — he doesn't eat pork — and partly a "nutritional thing" relative to more pork- and beef-centric barbecue spots.

The turkey barbecue includes two options that might intrigue anyone with even just a passing knowledge of the bird's anatomy. One is the turkey "tips." These look like pork rib tips (the bit trimmed off when a spare rib is cut St. Louis-style), but they're actually pieces of dark meat from the turkey's thigh. You have to do a little work to free this meat from bits of bone and gristle, but once you dig it out with your fingers or teeth or — if you must — a knife and fork, you're rewarded with a tender hunk of turkey deeply imbued with hickory woodsmoke.

You can also order turkey "ribs," which bring three uncannily rib-like pieces of meat, each attached to a long, slender bone. A bite reveals white meat, its already mild flavor almost entirely cloaked in hickory. As it happens, these "ribs" are like the pork "wings" that started appearing on menus a few years ago: an attempt by meat processors to turn underused cuts into marketable products. In the case of the pork "wings," it's a piece of the shank. Here the "rib" is the turkey's scapula. The result is tasty enough, but for their richer flavor and a more succulent texture, I preferred the tips.

Gobble Stop's best barbecue might be the pulled chicken. The tender meat has the right balance of its own flavor and that of the woodsmoke. This is served as a sandwich on a toasted bun, but I found myself enjoying the chicken more by itself. You can also order the pulled-chicken sandwich with the meat tossed in buffalo-wing sauce and then topped with cheese, two onion rings and pickle. This is messy but less overwhelming than you might expect, with the piquant buffalo sauce nicely accenting rather than overwhelming the meat's smokiness.

The turkey-barbecue and the plain pulled-chicken sandwich come with a side and one of Gobble Stop's three sauces. The sauces are excellent; your choice basically amounts to how much heat you want. The basic house barbecue sauce balances a tomato-sauce tang with molasses sweetness and a gentle heat. The "Sweet and Spicy" is thicker, a bit sweeter (but not cloyingly so) and a bit hotter. The spicy sauce has quite a kick and a sharp vinegar bite.

Sides include food-service standard french fries, which are crisp and salty, if bland. (On one of my visits, these were thicker, oblong "steak" fries; on the others, they were more conventional, medium-thick fries.) Green beans come served in their cooking liquid, but they have a bit more snap and color than the commonly encountered overboiled style, and a few pieces of turkey add flavor. Your best bet is the baked beans, which come in a thick sauce that tastes like the house barbecue sauce minus the heat.

The menu does extend beyond barbecue, including a turkey burger and turkey meatballs. On my final visit, however, which I'd set aside to try one or the other, the restaurant hadn't received the day's order of ground turkey, so I opted instead for the grilled chicken-breast sandwich: a breast fillet topped with Gouda, spinach and red peppers. Granted, grilled-chicken sandwiches are rarely scintillating, but as far as they go, this was a pretty good one.

Howard tells me Gobble Stop will soon add dessert — specifically, a line of homemade cookies. For now, though, his restaurant has more than enough to recommend it: Curious 'cue hounds can get their fill of turkey and chicken without being lured astray by pork and beef. And if you already love turkey and chicken barbecue — well, then, you're in cluck.