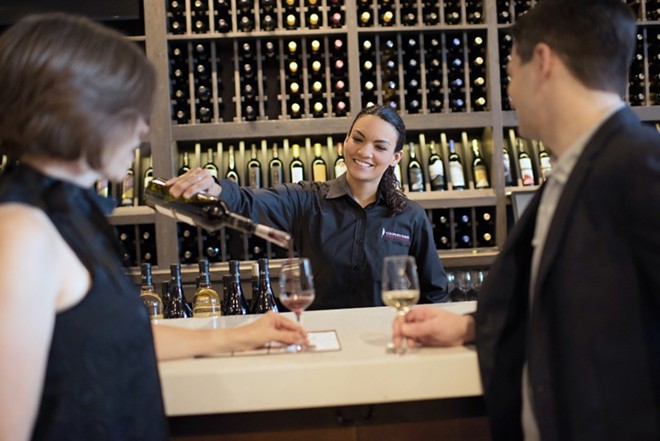 The St. Charles County restaurant scene continues to grow, this time thanks to the national restaurant brand Cooper's Hawk Winery & Restaurant (multiple locations including 5300 North Service Road, St. Peters). The chain announced that it will open its second St. Louis area location in St. Peters, bringing to the west side of the Missouri River "an upscale casual dining restaurant with a full-service bar, private dining room and Napa style tasting room." The 10,000 square-foot space will be located near the intersection of Mid Rivers Mall Drive and I-70 and is part of The Shoppes at Mid Rivers development that includes several restaurant and retail properties including Pappy's Smokehouse, Gulf Shores Restaurant & Grill.

Cooper's Hawk's first St. Louis area location opened in Town & Country in 2013, eight years after the brand launched its first restaurant in Orland Park, Illinois. Parts dining concept, tasting room, market and private wine label, Cooper's Hawk has grown to include 50 locations and has made a name for itself by striking a balance between the upscale and the approachable.

The forthcoming St. Peters location will stay true to that template, offering an extensive selection of wines by the class, cocktails and beer. The restaurant's food is described as "a contemporary American menu infused with flavors from around the world" and contains a wide range of offerings from salads to burgers to steaks and seafood. Signature dishes include "Asian Pork Belly Tostadas," "Bourbon Lacquered BBQ Pork Chops" and "Soy Ginger Atlantic Salmon."

The forthcoming Cooper's Hawk is the latest example of growth in the St. Charles Country restaurant scene, a phenomenon that appears to becoming a bona fide trend thanks to such high-profile additions as Jalea, which opened on Historic Main Street in January, Frankie Martin's Garden, a sprawling food truck and entertainment complex from the minds behind 9 Mile Garden opening this Spring, Tango Argentina, which opened last November and the massive Riverpointe project coming to the area  between the Family Arena and I-70. The development, a 325-acre behemoth mixed-used complex will have everything from dining to entertainment to retail and residential units and will be part of a plan to link several different communities together along the west shores of the Missouri River. Coupled with the nearby Streets of St. Charles development that has become one of St. Charles County's most popular food and entertainment areas, Riverpointe will solidify the area's reputation as a thriving, multifaceted destination.

Cooper's Hawk is hoping to hire 170 employees for the St. Peters location over the next month. No opening date for the new restaurant has been released.