Day 23: Done in by the Hometown Buffet 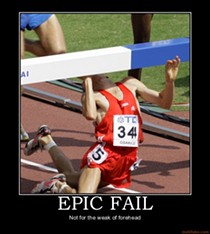 When you fast for a month, you're bound to experience at least one day that's an epic fail.

The only thing worse than a plate of bad food is several plates of bad food. An all-you-can-eat buffet would normally sound like a dream come true for a person who has been fasting, but for me Hometown Buffet proved to be a nightmare.

Mama loves buffets (I think it's mostly for the salad), and so for her birthday we took her to Hometown Buffet. (And no, she didn't turn 80. That's actually her restaurant of choice.) So we gathered (most of) the family and headed over, were seated at a table and then waited as patiently as we could until it was time to break our fast.

After what seemed like an eternity -- sometimes those few minutes of waiting for sunset feel just as long as the entire day -- we all headed to our preferred spots at the buffet. My approach is always chronological, as if I were at any other restaurant. I always begin with a salad. 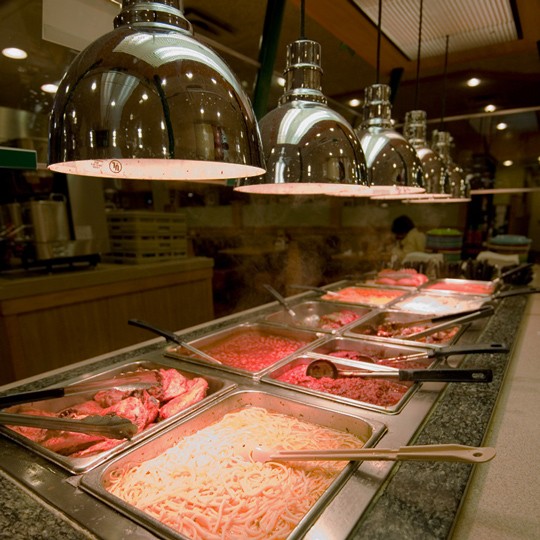 The salad was the highlight of my visit this time. (And the last time. And the time before that.) I piled on lettuce, an assortment of vegetables, shredded cheese, croutons and sunflower seeds, then doused it in ranch dressing. I tend to get carried away with ranch at buffets, but the way I figure, the salad's nutritional value outweighs the calories, if only barely. I'm OK with breaking even. 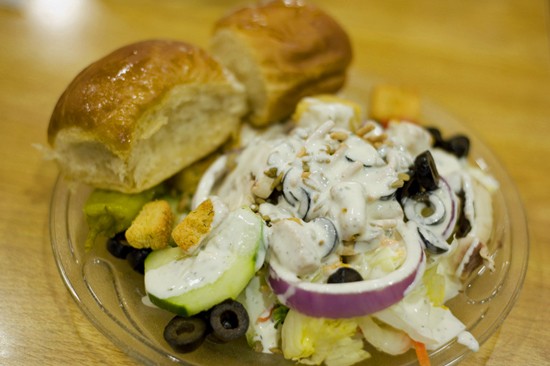 After salad and some mediocre rolls, I was full. But this being a buffet, I pressed on.

I don't usually bother with the fried chicken, but I'd had a pretty lengthy conversation earlier in the day about fried chicken. (One of the side effects of fasting is that food is constantly on one's mind.) Anyway, this fried chicken was fried on the outside but fatty and underdone beneath. The macaroni & cheese was no better. How can a restaurant mess up something as simple and elegant as mac & cheese? What would you say to soggy noodles and watery "cheese"? I said, "Pass the mashed potatoes." Those, at least, were edible, though by the time I got around to them I'd lost the will to eat. 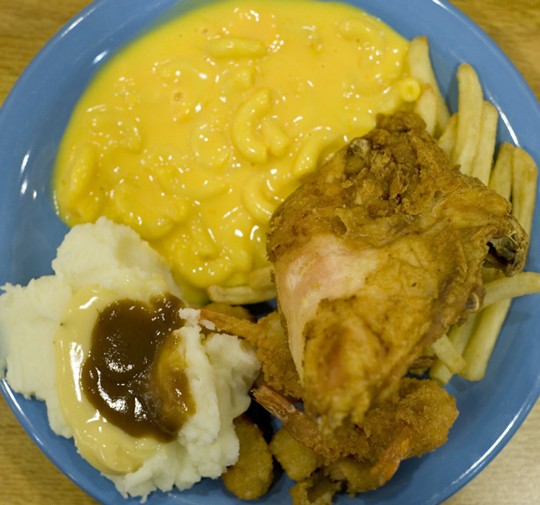 I even skipped dessert -- till we got back home and tucked into the lovely pink birthday cake my younger sister baked for Mama. White frosting, with pink icing around the rim and for the lettering, and chocolate chips circling the cake's border. It really was beautiful.

You'll have to take my word for that, though. I did take pictures of it -- and pictures of everyone singing to Mama, and pictures of her and dad holding their grandchildren -- but I formatted over my memory card and then realized I'd forgotten to upload the pics.