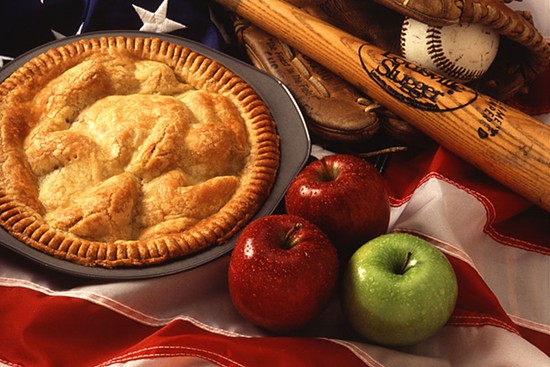 Trendy pie? No, thanks. We're still eating our trendy cupcakes.

Earlier this week, the New York branch of Eater published an article titled "10 NYC Food & Dining Trends That Are Officially Dead." Since St. Louis tends to be at least a few years behind the capital of the world when it comes to such things (see: cupcakes), I thought it might be fun to examine the status of these "dead" trends in our fair city.

Image via
This photo of a beer growler has received the craft-beer-enthusiast stamp of approval.

Old-Timey Dining Rooms: Eater is tired of restaurants with "a bunch of retro junk on the walls." I can think of only a few restaurants that favor a retro look, though these places don't necessarily have much in common with one another: DeMun Oyster Bar (antique mirrors everywhere) and the Fountain on Locust (Art Deco), for example. "Old-timey" certainly hasn't reached trend status here.

Growlers: Growlers are/were a trend? Really? Growlers are simply one of the many aspects of the craft-beer boom. Eater suggests canned beer has supplanted growlers, but the comparison is false: Growlers are meant for draft beer; cans supposedly offer better storage for beer than glass bottles. Not a trend, period, let alone one in St. Louis.

Discount Fine-Dining: St. Louis doesn't have enough "fine" dining options for such a trend to reach critical mass, but with the explosion of locally based Groupon-esque services (including, yes, one offered by this paper) and the proliferation of casual menus like the "Southern Bistro" concept at Monarch and the Monday "family supper" menu at Niche, something like this trend is alive and well in St. Louis.

Speakeasies: This presents a conundrum. If St. Louis has a number of speakeasies, would the vast majority of us know about it? There's the Thaxton Speakeasy, but it doesn't really try to be "secret."

Tiki: Eater seems to be referring to actual tiki bars, rather than tiki-bar cocktails. As far as I know, St. Louis has no new tiki bars -- anyone know differently? -- but some of our mixology-focused bars do have tiki-influenced drinks. (Taste, for example, which I visited recently for my upcoming review, has two.)