Denny's to World: We Will Kill You With Cheese -- Cheaply [Updated with Caloric Count!] 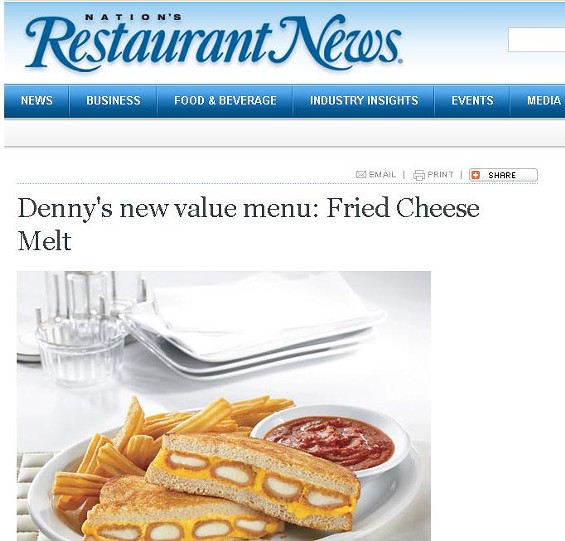 That there is Denny's new Fried Cheese Melt. It's exactly what it looks like: four fried mozzarella sticks and American cheese grilled between two slices of sourdough bread. It comes with French fries -- which look...odd -- and, yes, marinara sauce. It costs only $4.

What more can you say about this, except maybe give Denny's credit for resisting the urge to include bacon. Though, if diners demand it, I imagine the Grand Slam Fried Cheese Melt won't be too far around the corner.

Drooling all over your keyboard? You have to wait for August 24, when the sandwich (along with a few other new value-menu items that, frankly, are disappointingly not over-the-top disgusting) debuts.