Dining at Diego's Is Transcendent 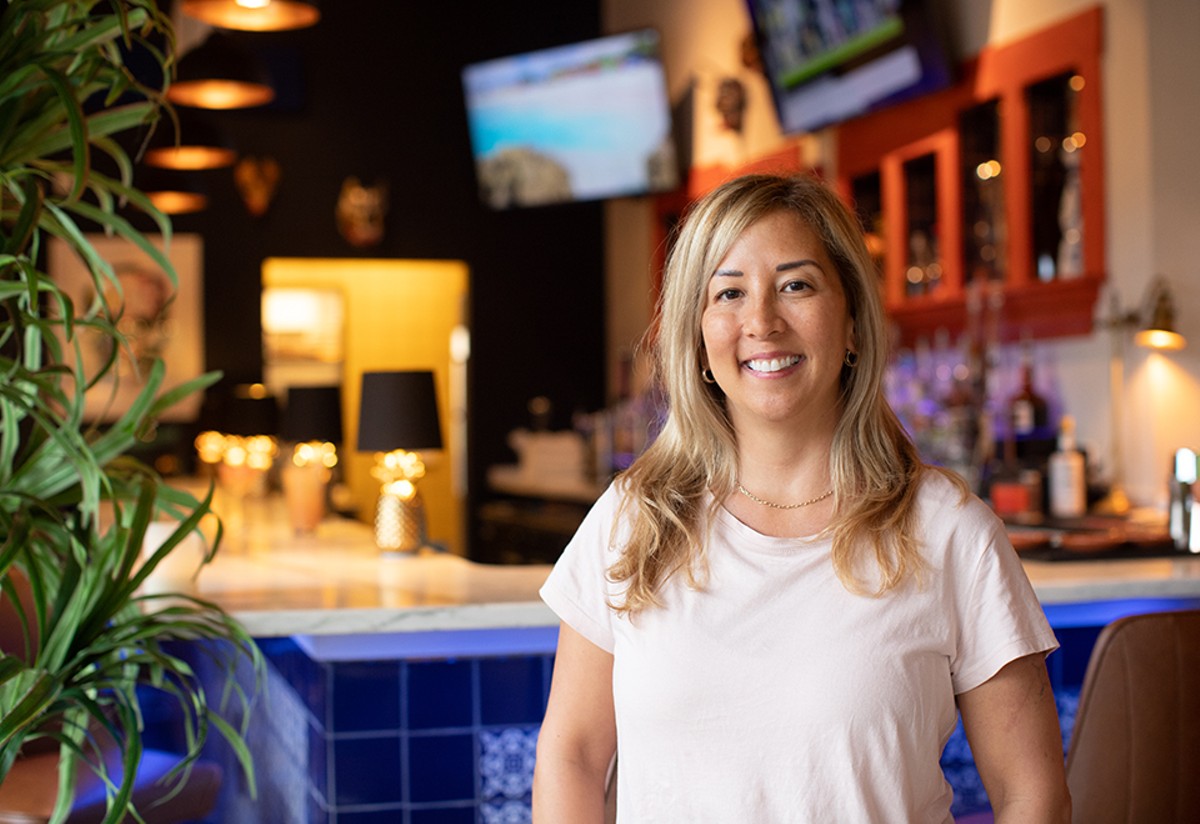 Natasha Kwan was utterly shocked when she heard the news of her friend Chuck Pener's passing. Even before she opened her debut restaurant, Frida's, just a couple of storefronts down from Pener's Mediterranean gathering place, Momo's Taverna, Kwan considered Pener a pal. That friendship only grew over the nine years they ran their restaurants alongside one another; the sudden absence of his presence was palpable.

The loss of Momo's bustling corner restaurant was also distressing for Kwan, not simply because it sat dark for the first time since she'd shared the block, but also because of the possibility of what would happen to it. As Kwan's husband, Rick Roloff, would frequently tell her, she just needed to take over the space herself. If she didn't, he said, she would be reminded of a missed opportunity every time she looked at whatever restaurant took Momo's place and would be even more disheartened if it wasn't up to the standards she had set for her little corner of University City.

The idea of opening a second spot was not out of left field. For years, Kwan had been toying around with the idea, and even considered opening an al pastor stand in Clayton. Though she tabled that particular concept, she never let go of the idea to open a Latin American-inspired spot, and had recently been scouring the Central West End for the right storefront. However, taking over the Momo's space simply made sense, and as soon as Pener's family was ready to pass it on to someone, she jumped at the chance to make the place her own.


For Kwan, there was never any doubt that the new restaurant would be Mexican inspired. For some reason, the space had a certain energy about it that begged for a lively, upbeat eating and drinking establishment, not that dissimilar from Momo's. For two years, she and her husband threw themselves into the buildout of the new restaurant, converting the Mediterranean-inflected dining room that had seen better days into the stunning Latin American aesthetic that would become Diego's. 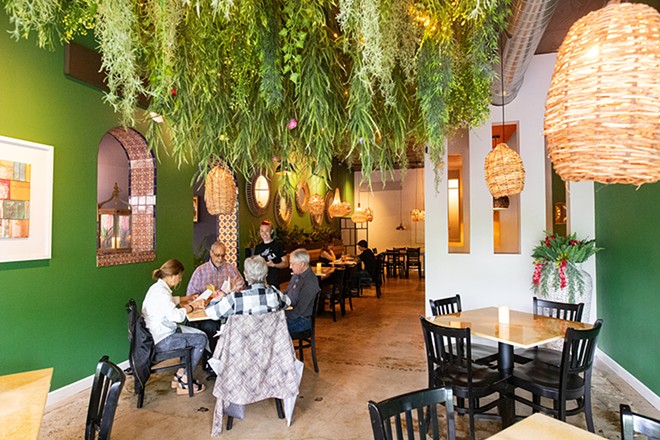 MABEL SUEN
The feel of Diego's is almost coastal.

It's not hyperbolic to say that Diego's might be the most beautiful restaurant in St. Louis. The moment you walk through the door, you are awestruck by the transportative design that makes you feel as if you are in an upscale, coastal Mexican eatery. Flowering vines hanging from the ceilings and potted palm trees give the feeling of being in an indoor-outdoor courtyard, a vibe underscored by the massive open windows that allow the dining room and patio to flow into each other. Mexican tiled archways, gilded wall hangings and vibrant artwork hung against ink-blue walls create a gorgeous scene; even the bathroom, wallpapered in a beautiful, mid-century green and pink palm print, is outrageously beautiful. You don't want to eat at Diego's; you want to live in it.

The gorgeous restaurant is the ideal setting for the breezy Mexican fare Kwan and her team have created. As she notes, Diego's is unlike a lot of Mexican spots in St. Louis in that it's less Tex-Mex influenced and much lighter. "Coastal" is the word that comes to mind when you are tucked into a beautiful banquette, noshing on dishes like the shrimp tostada, an open-face crispy corn tortilla topped with creamy avocado mash and plump shrimp that are adorned with radishes, pickled onions, diced tomatoes and crema. There's no better dish for a humid June evening.

The same tender shrimp is equally outstanding as a burrito. Wrapped in a flour tortilla and accented with guacamole, cabbage chipotle crema, pineapple and a subtly sweet fire-roasted salsa, the burrito is a successful blend of savory, smoky and sweet.

Kwan describes Diego's costra tacos as the sort of street food you'd get if you were walking out of a bar late at night in Mexico City. Thankfully, you don't need to wait for that opportunity to enjoy these cheesy delicacies. Soft corn tortillas are layered with gooey cheese and griddled to the point that they meld into one another, becoming a new, hybrid entity. You can fill them with succulent pulled chicken or shrimp, but the showstopper is the vegetarian version, filled with fire-roasted green chiles, tomatoes, onions, avocado, cilantro and salsa. It's like a green chile grilled cheese. 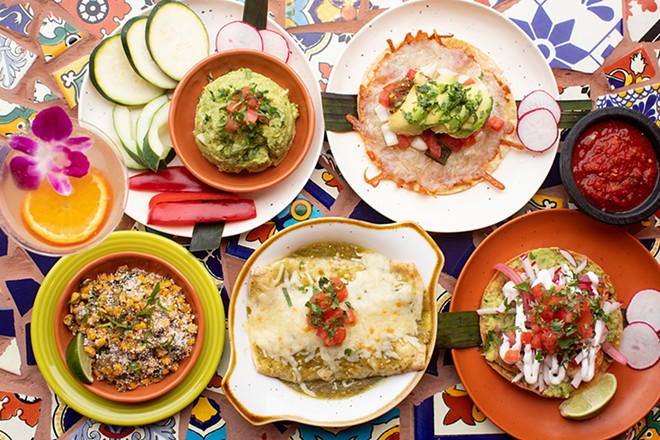 Diego's offers both a vegan and chicken version of its enchiladas, each of them equally successful. The chicken version is stuffed with succulent meat; creamy smashed pinto beans, chiles and roasted corn fill the vegan dish. Both are smothered in a piquant green chile sauce that is both satisfyingly rich and bright at the same time.

Kwan's carnitas are made with chicken (the only animal proteins she serves are chicken and fish), but they are no less satisfying than the traditional pork version. The fork-tender meat is slow-cooked in a rich red chile sauce that is smoky with just a whisper of sweetness. Stuffed into a corn tortilla and dressed with onion, cilantro, cotija and a sliver of lime, it's a wonderful street taco experience.

You could make a full dinner at Diego's, or you could pop in for drinks and something as simple as the queso flameado, an easy pleasure that is hands down the most delectable thing on the menu. The dip is unbelievably silken and creamy; laden with roasted green chiles, it is lit afire like Greek saganaki, producing wonderful, caramelized pockets of cheese that you could eat for days. Her loaded bean dip is another hit, consisting of smashed pintos and a variety of veggies and chiles like a high-end seven-layer dip.

Noshing on either of these beauties while sipping a hibiscus margarita under twinkling lights and flowering vines is not simply an otherworldly experience; it's a fitting homage to Pener and Momo's legacy — and one that no one is better placed to take to the next level than Kwan.