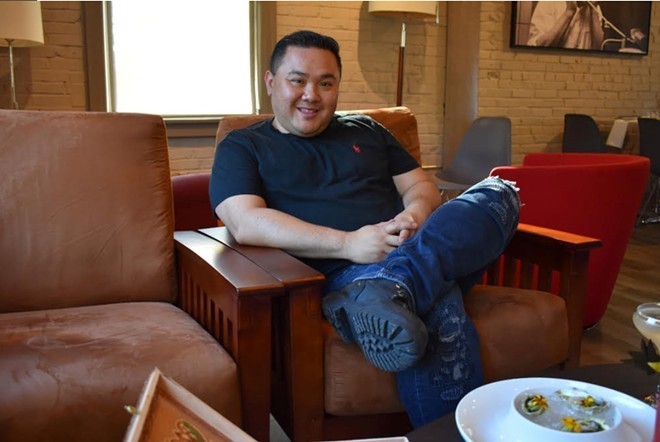 Jessica Rogen
Domestic assault charges against Tony Nguyen relating to an incident on September 19 have been dropped.

The high-profile domestic assault charges against chef Tony Nguyen stemming from an incident on September 19 have been dropped. A "dismissal memorandum" filed today by the St. Louis City Circuit Attorney's office states that the "matter has been presented to the St. Louis Circuit Court Grand Jury and the State has insufficient evidence to obtain a conviction."

Nguyen, who co-owns the two-and-a-half month-old Tower Grove restaurant Snō with his wife, Jessica Nguyen, was taken into custody September 19 following an incident that occurred that same day. According to a probable cause statement filed by St. Louis Metropolitan Police Department Kim Hayes, the incident centered around an argument that turned physical between the Nguyens.

Initially held without bond, Nguyen was released on September 21 to the custody of his mother, Nhutuyet (Tuyet) Nguyen, on the condition of 24/7 electronic surveillance. He was also ordered to have no contact with the victim and not to come within 500 feet of the victim's address.

The Nguyens opened Snō on August 19 after moving to St. Louis (Nguyen's hometown) from Los Angeles. Though the restaurant was closed immediately following the events of September 19, it reopened on September 27 and has continued to operate since.

Nguyen's attorney, Jason Korner, released the following statement on behalf of his client: "Mr. Nguyen is pleased the court process revealed the truth and he is happy to return to cooking for the people of St. Louis at Snō."

The RFT reached out to the St. Louis Circuit Attorney's office and will update this story as more information becomes available.