Draft Pick: Bell's "Oberon" is a Glass of Sunshine 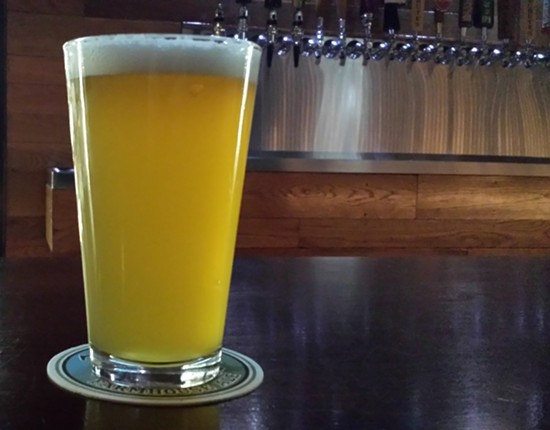 Richard Haegele
Sunshine In A Glass

Welcome to "Draft Pick," a column by Gut Check contributor and craft-beer aficionado Richard Haegele. Each week, Richard will profile the most exciting new draft being poured in St. Louis, how it was made and where you can find it.

At last spring has arrived, bringing song birds, new buds on plants, and those nasty marshmallow "Peeps." But here at Gut Check, we know it's officially spring when Bell's Brewery releases it's acclaimed wheat ale -- "Oberon."

Even though it's technically their summer seasonal, Bell's releases "Oberon" in late March each year to much fanfare. Some bars even celebrated by tapping the beer at midnight on release day (March 24th this year).

Billed as the color and scent of a sunny afternoon, "Oberon" delivers on both. It pours a hazy yellow, and smells earthy and grassy. It tastes sweet and citrusy with just a hint of spiciness from the hops. The finish is crisp and clean.

Adding to the excitement this year, Bell's recently announced plans to can "Oberon" and "Two Hearted Ale," their year-round IPA. Cans are perfect for taking to your favorite warm weather activities at parks and rivers -- places that typically don't allow glass bottles. Look for four-packs of cans to arrive in late April.