'Drunk Ding-Dongs' Stole Hammy the Bear From Hammerstone's in Soulard


Hammy, the beloved mascot of the Soulard bar Hammerstone's (2028 South 9th Street, 314-773-5565), is gone. The mask-wearing, cardboard cut-out Hamm's Beer bear was snatched from his home on March 24, according to the bar's Facebook page. Suspects remain at large.

In an "Open Letter to the Thief Who Stole Hammy," representatives from Hammerstone's detail the events that led up to the bear-napping. According the the post, a group of "drunk ding-dongs" who had been chatting with the staff prior to the incident snatched the bear when no one was looking. The entire incident was captured on camera, and the bar is seeking any information that will lead to Hammy's safe return.

However, they do not hold out much hope. In the post, the author muses about Hammy's likely defiled condition, wondering if he is "torn, bent, broken with beer spilled all over him, and maybe a little cat vomit." Still, the bar is pleading for his safe return. Though they have secured a replacement Hammy, dubbed "Hammy 2," the original is irreplaceable in the hearts of the Hammerstone's crew.

This is not the first mascot to be stolen from a St. Louis bar in the last year. This past July, Civil Life's magnificent giraffe statue, Peaches, was lifted from the brewery and sold to an unsuspecting buyer in South County. Thankfully, the glorious beast was returned to its rightful place unharmed a week after the theft.

Hammerstone's encourages anyone with information about Hammy's whereabouts to contact the bar. Or, better yet, for the thieves to return him to his rightful perch.


Open letter to the thief who stole “Hammy”

Sunday, March 21st at 10:48 am, Hammy was taken from his home, and his job. I am the person who made him what he had become- the cutest and happiest covid-restriction sign on the planet (as far as I know, anyway). I was very proud of him, and yesterday morning some drunk ding-dongs (who I had even talked to for a moment) thought that it would be hilarious to steal him from us, when no one was looking. I saw the whole thing on camera after the fact. The incident ruined my whole day. I thought of how the man probably lived in a house full of cats and cardboard cut-outs, and thought that this would look great next to his Elvis, or Danny Devito standee, but then I decided that probably wasn’t the case. For a second, I kinda felt flattered, thinking that he took it because he loved the message and the lettering- but I quickly dismissed that thought. A person who steals so shamelessly has no eye for fine art. I am sure it was just the novelty of being drunk in a crowded bar and stealing something so large and silly, when no one was looking. I know that the novelty probably wore off pretty quickly, once the thieves got it home and realized that it really meant nothing to them- just the thrill of taking it. I hope that it brings them a little shame every time they look at poor Hammy. By now Hammy is probably torn, bent, broken, with beer spilled all over him, and maybe a little cat vomit, or even *gasp* already thrown in the dumpster. C’mon, dudes. You had your thrill. Bring him back.

If you know anything about Hammy’s whereabouts, please let us know. I have asked for another Hamm’s Bear, but already know that there really was only one Hammy. 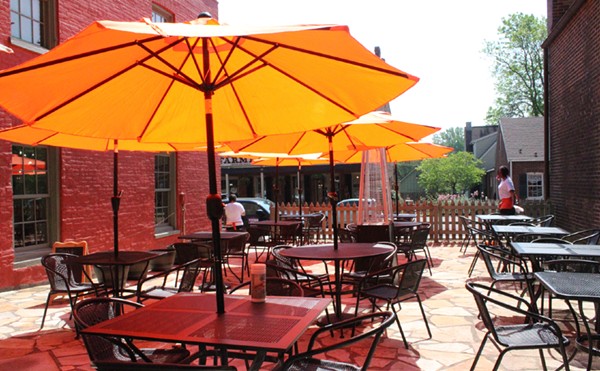