Dubbel Trouble: Tripel is a beer lover's paradise, but the dining room is stuck in limbo 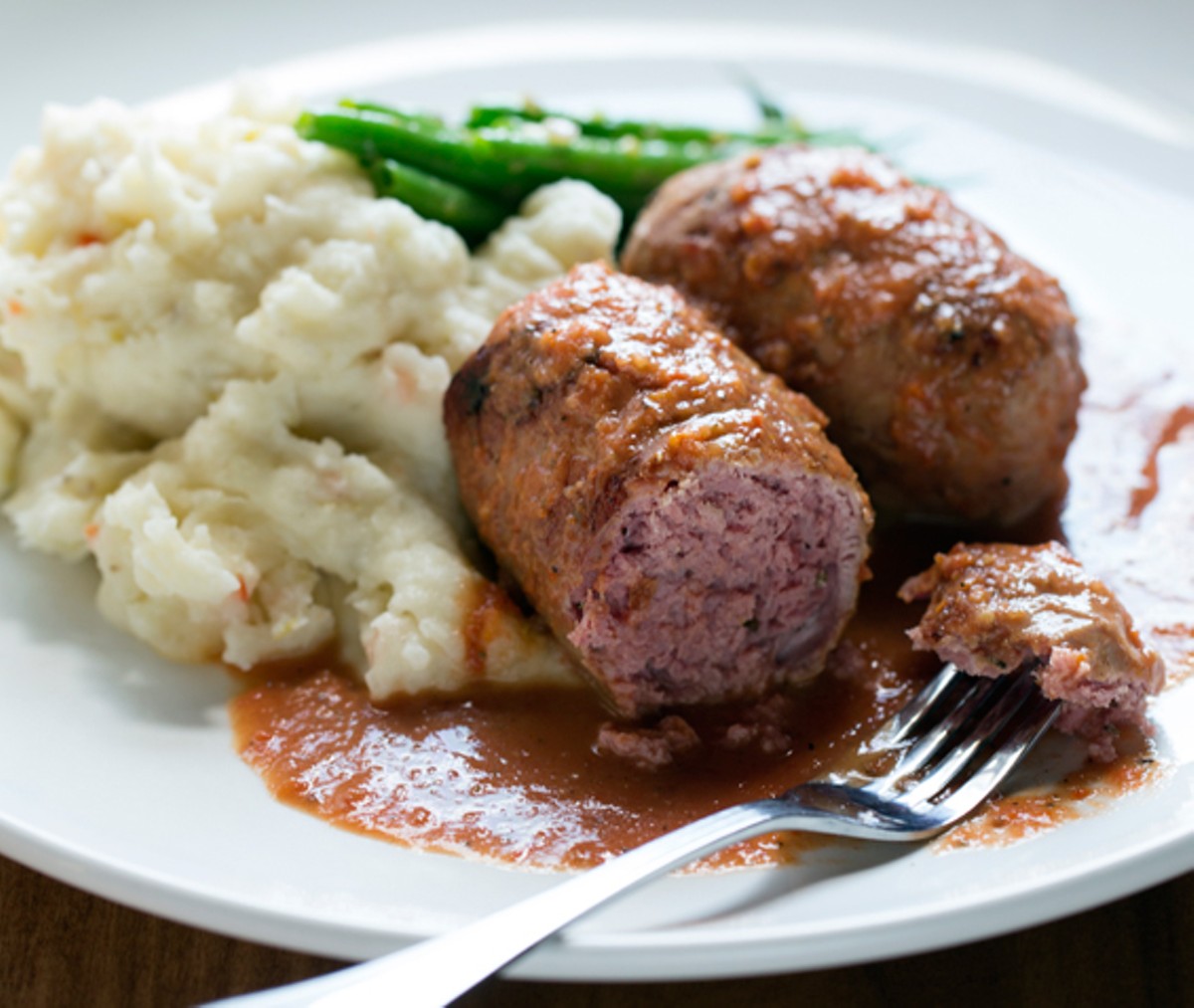 Dubbel Trouble: Tripel is a beer lover's paradise, but the dining room is stuck in limbo

In 2010 and 2011, Belgium went 541 consecutive days without a central government, setting the Guinness World Record for the longest time in modern history that a country has done so. Tea Party sympathizers will note that the country did not descend into chaos. Public transportation ran, factories hummed and life pretty much carried on as normal for the average Belgian. However, the country was stuck in a status quo, lacking the vision to move forward with new initiatives, stave off economic crises or simply create a vision for the future.

Perhaps Tripel, Lafayette Square's new Belgian beer hall and brasserie, is going for cultural authenticity, as I found myself facing a not-so dissimilar situation during my visits. The restaurant was bustling, our food and drinks made it to the table (for the most part), and we liked some of our dishes. That said, I could not shake the feeling that no one was in charge.

On the one hand, Tripel is beautiful. Its dark wood, etched glass and warm atmosphere whisk one away to the cozy bars of Brussels. The restaurant is huge with a significant portion of the building dedicated to the bar, and it is hard to be grumpy with such an outstanding selection of Belgian beer in front of you. However, not everyone dines at the bar, and if things continue at this rate, I question whether or not a good beer list and a great location will be enough to make the brasserie a success.

Tripel has only been open since June, so one expects a few kinks, mistakes on table numbers (various people tried to deliver incorrect dishes to our table several times during the course of one meal), and getting a side dish wrong on a plate isn't the end of the world. However, the fact that these things happened multiple times on both visits makes me wonder how the floor is being run. Service was just plain sloppy. On our first visit, our server was warm and engaging, making up in personality what she lacked in menu knowledge. Our second night was much more of a train wreck, filled with lengthy waits and borderline hostile service (slamming down drinks and walking away is unacceptable no matter how busy one is).

The food is also a mixed bag. Tripel does well with its traditional plates, such as the kippenwaterzooi, a Flemish chicken stew, served in an egg and cream broth with vegetables. Here, the interpretation consists of a half chicken, roasted skin-on to conserve its juiciness, and plated with a variety of root vegetables. The egg cream sauce, served on the side, could have benefited from additional seasoning or brightness, although my understanding is that the dish is stylistically a little bland. With just the right amount of tanginess from some white wine or lemon, however, it would have been a real treat.

The terrine of chicken and liver was not only full-flavored with hints of anise and peppery spice, but its texture was phenomenal. Often, terrine can be mushy and gritty, but this was hearty with a complex variety of textures. Tripel also hits the mark on its pommes frites. The restaurant uses the Kennebec potato, known for its superior frying ability and nutty flavor, and the frites were cooked to a perfect golden brown.

The most flavorful and elegantly presented dish was the choucroute garnie, the plate of assorted housemade sausages and smoked pork. The two styles of pork sausage had a deep, savory spice and snappy casing, but the smoked pork belly stole the show. The half-inch-thick slab of meat and fat was the consistency of butter, melting in my mouth with just a whisper of salt and smoke. Also notable was that Tripel took the initiative to make its own sauerkraut, rather than rely on the mushy, over-processed out-of-a-can trash that is all too often passed off as the real deal. Tripel's retained a nice crunch and had the characteristic kraut tartness. A dish like this convinces me that Tripel is capable of great things.

In other places, unfortunately, the food falters. The tuna on the niçoise salad was well-cooked and nicely seasoned with a coating of peppery spice, and the plate presentation was quite lovely — an artist's palette of perfectly sliced tuna, olives and bright green beans drizzled with egg yolk. However, any affinity for the dish was dashed when we encountered a mysterious and unpalatable white glob in the center of the plate, so devoid of any seasoning that it tasted like wallpaper paste. At first, we thought it was some sort of unseasoned potato foam or grits, but that didn't seem right. Upon further inspection (and after asking the owners), we found out that it was an egg foam. I appreciate Tripel's ambitious attempt at reinterpreting the niçoise, but this was not an improvement.

Mussels are the quintessential Belgian food, so it's only fitting that Tripel devotes a significant portion of its menu to a variety of mussel preparations. We opted for the mussels à la marinière, the classic white-wine and shallot preparation, served with a side of grilled bread. I found Tripel's to be a bit lackluster — the broth seemed watered down, lacking the zip of garlic or tanginess of the white wine. The mussels weren't offensive by any stretch of the imagination, but I have had much better in non-Belgian restaurants.

The stoofvlees, a Flemish style beef stew, was a disappointment. Not only was the dish inconsistently seasoned with pockets of saltiness and blandness on the same plate, it also had varying temperatures throughout. The meat itself was on the tougher side for stew, lacking the fall-apart moistness that makes slow-cooked meat so lovely. Nevertheless, the tomato undertone gave the stew some nice tartness and the bed of fries upon which the stew was ladled was well-seasoned.

One cannot go to Belgium without trying the waffles. Tripel offers them as a dessert plate, topped with a peach compote and fresh whipped cream. The outside of the waffles is a crisp golden brown, while the inside is light and fluffy. I appreciated that the dish wasn't saturated with the sticky-sweet peach and cream, thus allowing the subtle nuttiness of the waffle to shine through.

I am hopeful that our experience at Tripel was just a case of growing pains. Introducing a new cuisine to the area is a difficult task, and I am excited that Tripel's owners have made the effort. And while I worry about attitudes that tend toward "if you have good beer, they will come," I don't think this is the case at Tripel. Any restaurant that takes the time to make its own sauerkraut proves that it has some passion and heart in the kitchen. With a just a little more care and some dedication to training, it could be dazzling. Belgium finally got its act together. Let's hope that Tripel does too.