Would provel taste better if it were wood fired?

Recently the crew from Extreme Makeover: Home Edition stopped through Overland Park, Kansas, to go extreme all over some Midwestern home. On July 31, the kind folks at Imo's pizza decided to drop by with enough provel cheese to feed 150 hardworking laborers. (Considering it was 97 degrees in Overland Park on that day, cheese-soaked carbohydrates might not have been the ideal meal, but a kind gesture, nonetheless.)

We couldn't help but wonder: While they were demolishing and rebuilding homes, were they tempted to try their hands at our regional pie? In the spirit of reality television makeovers, we decided to rip this provel pie apart and transform it into a gourmet pizza swan.

Step #1: Toss that pizza oven! Let's throw this baby in a wood fire and roast it until we've masked that provel flavor and, ideally, crisp the soupy cheese until it's a semi-solid foodstuff.

Step #2: Let's talk ingredients. While Imo's offers the standard veggie and meat options (including whole strips of bacon!) the menu lacks "gourmet" toppings. Toss some arugula and goat cheese on top of the provel, and you've got yourself a well-traveled St. Louis-style pizza. 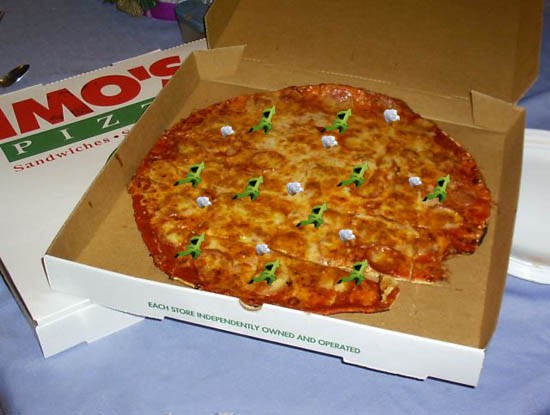 Step #3: While that dinged up clunker with the busted windshield certainly gets the job done, it lacks an element of style. We'd equip the delivery crew with chariots better-suited for hauling such refined cargo: gas-guzzling luxury SUVs. 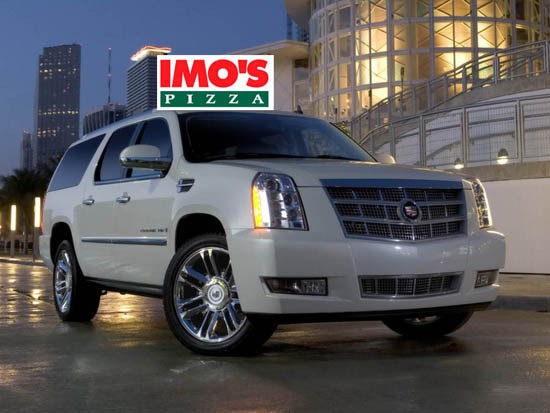 Step #4: Presentation is everything. Eating over the pizza box in front of the television in your skivvies might've been OK for the old Imo's, but this pizza has style, class. This square is beyond compare, and it demands formal wear and elaborate place settings with fine china.

Keep your elbows off the table! Where do you think we are? Papa John's?!