Welcome to Girl Walks into a Bar, a weekly Gut Check feature that spotlights local bars and bartenders. This is part one of Alissa Nelson's two-part profile of Farmhaus bartender Eric Scholle. Part two, a Q&A with Scholle, will be published tomorrow. 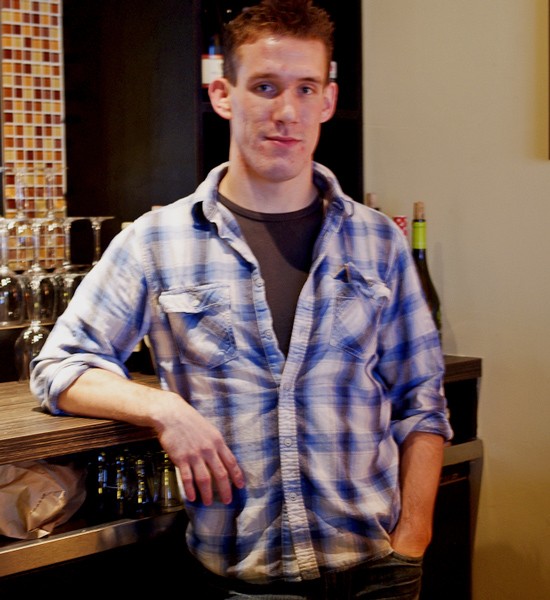 More and more local fine-dining establishments are paying as much attention to their cocktail menus as to the dishes they serve. Fully stocked bars and cocktail lists are now de rigueur, sparking an accompanying renaissance in mixology that owes much to the interplay between chefs and bartenders. It seems only logical that Farmhaus, RFT's choice as "Best New Restaurant" and "Best Seafood Restaurant" last year, would provide a representative example.

Summer offerings tended toward fruits and vegetables furnished by area farmers, but the changing of the seasons has pushed Scholle toward another local producer: Crown Candy Kitchen. Farmhaus' Eggnog Martini puts the candy purveyor's eggnog taffy to good use, yielding a drink with all of the flavor of the holiday favorite -- and none of the phlegm!

Click through to watch a video of Scholle mixing an Eggnog Martini...