This is the first St. Louis area location of the chain, which was founded in Arizona by former Cardinals pitcher Todd Stottlemyre 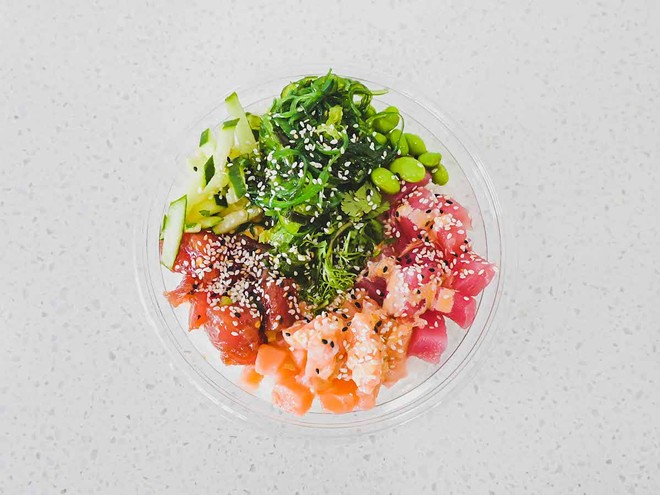 SARAH LOVETT
The Koibito Poke bowl is one of the many offerings now available at the first St. Louis area Koibito Poke.

This is the first Koibito Poke in the St. Louis area, though a second location is slated to open next Spring in Ballpark Village. For Stottlemyre, who founded the brand in Arizona in 2018, the move to St. Louis felt natural because of his connections with the city thanks to his time here as a Cardinals relief pitcher from 1996 to 1998.

"St. Louis is important to me for a lot of reasons," Stottlemyre told the Riverfront Times in an interview when he first announced the opening earlier this spring. "I loved playing there; it was my favorite place to play. I was a blue-collar player, and they cheered me when I was playing well, and they also stuck by me when I was not playing well. People treated me incredibly well."

Stottlemyre founded Koibito Poke in Arizona four years ago for reasons that go far beyond his passion for fresh fish. As a professional athlete, he'd always been aware of the importance of health and nutrition, seeing food as both something to be enjoyed and fuel that would allow him to perform at his very best. However, just how important it was became clear for him after his father was diagnosed with cancer about 10 years ago. As he watched his dad's battle, Stottlemyre began to think of his own children and how important it was to take care of himself for them.

"I was in a place where I did not want to take my health for granted and wake up one day with bad news," Stottlemyre said. "Not that it's not going to happen, but I want to do my part to live as long as I can, not for me, but for my kids. I want to see them go to school and get married and be around to have grandkids. I can't do that if I don't take care of my health."

For Stottlemyre, fresh seafood was a cornerstone of healthful living, and as he began to explore business opportunities, his interest piqued when he was presented with a chance to bring this style of eating to a larger audience.

"I'd been approached during my baseball and post-baseball career about a number of different concepts, but, without knowing anything about the industry, I'd always said no," Stottlemyre said. "I'd heard horror stories of other athletes getting involved in restaurants, so I'd always stayed away. However, when my business partner asked me to go with him for lunch, and I saw it was a poke concept, it just matched perfectly with where I am in my life — and it's my favorite food." 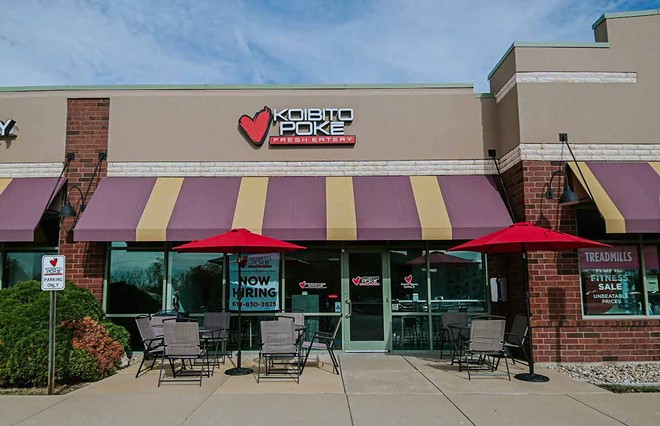 Modeled after the other Koibito Poke locations in Arizona; Las Vegas; and Charlotte, North Carolina, the new Des Peres restaurant features a fast-casual format that allows guests to build their own customizable bowls from a variety of proteins, toppings and housemade sauces. Guests start with a base of mixed greens or white, brown or cauliflower rice. Then they choose from several different proteins including raw salmon, yellowtail, tuna, octopus, spicy crab, tofu and grilled chicken. Accoutrements include everything from pineapple to edamame to shaved Brussels sprouts; guests can opt for condiments ranging from sweet to savory to spicy, such as sweet chili lime sauce, wasabi aioli and champagne butter.

Though patrons can opt for their bowls to-go, the dining room at Koibito Poke offers a bright, sunny setting. Cerulean-colored floors evoke an ocean vibe, and red accents, such as a leather chairs and a heart-shaped mural that reads "Real Food. Real People." brighten the space.

In addition to bringing healthful food options to diners on the go, Stottlemyre is equally proud of Koibito Poke's philanthropic work. Through its charitable arm, Koibito Cares, the restaurant group contributes to a variety of efforts, most recently by providing meals to school students who lost school-provided meals during the pandemic.

"We want to do good by doing good," Stottlemyre says. "We're not here to take but to give and serve. That is the single most important thing to me."

Koibito Poke is open from every day from 11 a.m. until 9 p.m. Scroll down for more photos of Koibito Poke.