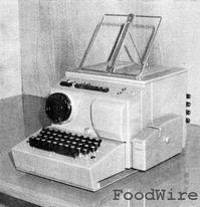 St. Louis Jazz Cafe is scheduled to open Saturday, March 21, at 1500 St. Charles Street (the former Red Moon location). According to the press release, there will be several events that day: a ribbon-cutting at 3 p.m., a red-carpet event at 6 and two performances by local favorite Erin Bode, the first at 7:30 and the second at 9.

St. Louis Jazz Cafe is owned by Arnold and Aundra Charleston. According to the Web site, the menu will feature Creole-influenced cuisine that also nods to the many cities influential in jazz's history. Call 314-588-0664 for opening-night reservations or more info.