For Avenue's Bryan Carr, Pleasing Diners Is 'the Main Thing' 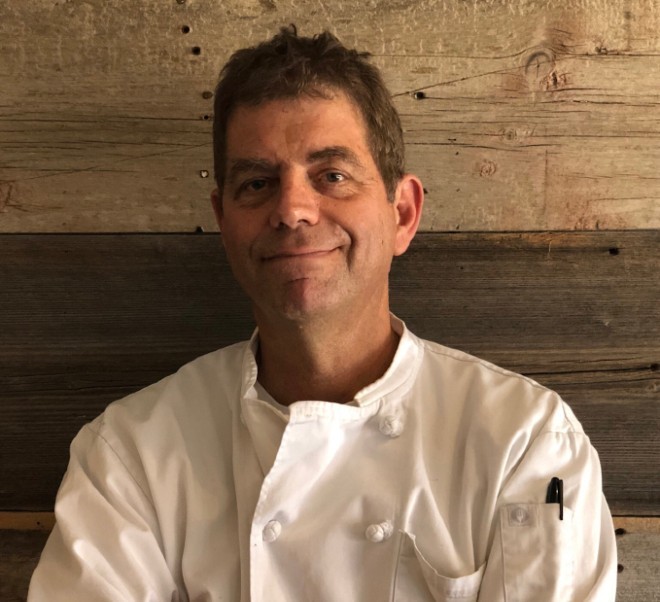 DIANE CARR
Brian Carr recognizes that the industry has changed, but he's determined to stay the course.

When Bryan Carr describes his motivation for getting into cooking, there is one word he keeps coming back to: curiosity. A liberal arts major in college, Carr found himself unsure of what path he would take after graduation until some friends' experiences in a professional kitchen piqued his interest. Inspired to check it out, he left Missouri for California and quickly discovered he'd found his calling.

"Back then, if you wanted to be serious about cooking, it meant going to New York or California," Carr says. "I like the outdoors and knew I wasn't going to have any money for a while, so I figured I'd rather be poor in California."

Carr feels fortunate for his time in California. For ten years, he worked in restaurants in San Francisco and Napa Valley, learning everything he could about cooking by working hard and listening. Eventually, though, he felt the pull to be close to his family in Potosi, so he left the West Coast and headed to St. Louis.

Here, he worked for the St. Louis Club and a few other properties before striking out on his own. In 2002, he opened Pomme and its sister restaurant Pomme Cafe & Wine Bar in downtown Clayton, which quickly became two of the area's most popular dining spots. However successful they were, he could not get over the logistics; the two restaurants were separated by another storefront, making it difficult to run them as complimentary concepts. After twelve years, he decided to close the two restaurants and merge them at a new location just a few blocks away.

The result of that merger, Avenue (12 North Meramec Avenue, Clayton; 314-727-4141), has been a staple of the Clayton dining scene since it opened in 2014 — something Carr credits to his inclination to stay completely focused on what he's doing and not worry about the "food scene" at large.

"I don't try to ignore it, but I am just so busy and absorbed with my own thing," Carr says. "There is this quote: 'The main thing is to keep the main thing the main thing.' Keeping that in mind at all times is very important."

One external force Carr has been forced to reckon with over the past year is the COVID-19 pandemic. He describes himself as fortunate; not only have he and his loved ones stayed relatively healthy throughout the year, but he's also been surrounded by a team and customer base that has been willing and able to adjust and accommodate for the challenges the virus has posed. He admits it's been quite a change going from plating food for diners who linger over two- and three-hour meals in the restaurant to putting food boxes in trunks of cars. Still, he feels lucky that he's been able to serve people and looks forward to continuing to do so, no matter what the other side looks like.

"Some of the changes to the experience of being in a restaurant are COVID-related, and some were already there," Carr says. "I don't know what this will do to dining out. Some people will continue to want to look at menus and order on their tables. Some like to look at what a restaurant is serving in advance on their phones — personally, I like being surprised and letting the story reveal itself. However, I don't begrudge people for their preferences. One will do one thing and another will do something different. Our culture is rushing to judgment, and we also have very short memories."

Carr took a moment to share his thoughts on the past year, his daily rituals and who the people in the restaurant business we all owe a debt of gratitude."

What is one thing not many people know about you?
I bake a lot of bread at home. I particularly enjoy baking bread outside in our kettle cooker.

What daily ritual is non-negotiable for you?
Reading newspapers. I like the quote that “journalism is the first draft of history.”

Who is your St. Louis food crush?
I admire Nobu Kidera at Nobu’s. He has been doing things the right way for a long time without making a fuss about himself.

Which ingredient is most representative of your personality?
Salt, because it is at its best when not easily noticed.

What is your after work hangout?
Home. I like to read in bed at the end of the day.

What is the most positive thing in food, wine or cocktails that you’ve noticed in St. Louis over the past year?
The public has shown enhanced consideration for food-service workers.

Who’s the one person to watch right now in the St. Louis dining scene?
It’s not one person, but I think that immigrants are very important.  I don’t know how the hospitality business will remain viable without them.

Editor's Note: The original version of this story incorrectly spelled Bryan Carr's first name. It is Bryan, not Brian. We regret the error.