This is part two of Gut Check's Dinner and Movie feature of The Hunger Games. Part one, featuring barbecued freshly snared rabbit à la Katniss, was published yesterday, and part three, a Hunger Games giveaway, will be available on Friday. 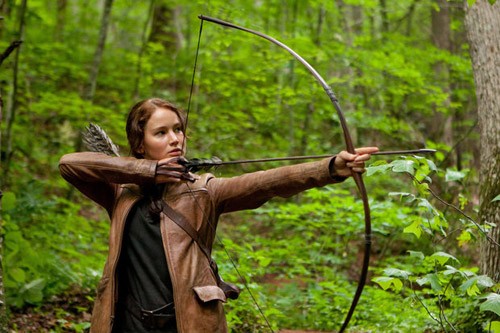 Katniss Everdeen, the Girl on Fire.

The Hunger Games is a televised state-sponsored sporting event wherein 24 children ("tributes") are unleashed in an arena to battle to the death, and unwittingly, Katniss has been training for them for most of her life -- from the day her father died, right up until the moment she volunteers as tribute, taking the place of her young sister. Of course, the competition is steep -- there can only be one victor, and that victor returns home to live in unimaginable luxury. They'll never be hungry again.

And hunger is a major concern, whether in the impoverished District 12 where Katniss hails from, or in the depths of the forest during the Most Dangerous Game. Herein lies Katniss' advantage: Her many years of sneaking into the woods, hiding from the "Peacekeepers," hunting and selling her game on the sly have made her a gifted archer, equipping her for living off the land. While the other tributes dive for weapons and begin the slaughter, Katniss makes off with a small bag of supplies, immediately seeking out water, food and makeshift shelter. She lets the others pick each other off, while she focuses on simply staying alive, eating rabbit, squirrel, raw fish, roots. 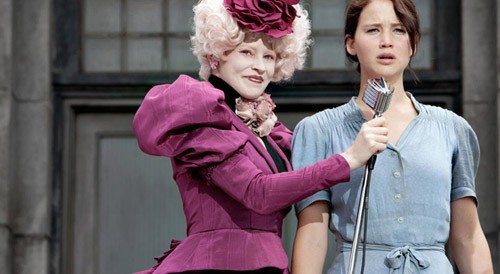 We prepared ourselves for the screening by dining on a feast of barbecued rabbit, prepared with a recipe snagged from the Unofficial Hunger Games Cookbook. Although we didn't shoot this particular bunny straight through the eye before skinning and dressing it for consumption, roasting the adorable bunny rabbit over the coals helped us get in the mindset for the games.

Which proved to be unnecessary, since the film immediately transports you into the bleek world of Panem, from the bare, ominous opening credits to the general gloom of District 12. But while it reflects Collins' vision of Panem, it never quite completes the character of Katniss -- you see glimmers of that girl on fire, but the omission of choice details makes her feel less like a bold revolutionary and more like an accidental hero. Either way, it's impossible not to root for Katniss and Peeta Mellark (Josh Hutcherson) as they fight to stay alive.

But will they stay hungry for sustenance, change, justice? Only the sequels will tell.

Stay tuned for an Unofficial Hunger Games Cookbook giveaway. And may the odds be ever in your favor.