From Candy to Vibrators, the St. Louis Candyman Sells It All

On Monday, a Twitter account, @reallly1ray, posted a video of the STL Candyman — a man selling food, candy and more out of the back of his van on North Grand.

That’s because this St. Louis candyman doesn’t just have candy. He has a van, a rolling CVS, stocked with everything you might need: hot wings, nachos, cookies … well, just let the Candyman rattle them off:


Ain’t no candy man like an STL candy man. HAD to support 💯🤣🤣 pic.twitter.com/03KZvQwoJH


Love advice, marriage counseling…proceeds to give the advice with the counseling 😂😂😂😂😂😝🫣😎🤣😜🤷🏾‍♀️ pic.twitter.com/Ypjiok7jDa

Why I just peeped OG held the cig wit his pinky! 🚬😭😂🤣 pic.twitter.com/DfeXJmzt0C

Me after hearing what was on the food menu pic.twitter.com/9FOhWmk1Tr

I love my city

But the Candyman is not new to St. Louis — or the pages of the RFT. He has been serving St. Louis for years. The Candyman was featured in a 2017 cover story, where he is seen selling gummy bears, Snickers and sodas out of his truck to people in the story.

"You got to have your own concept," the Candyman told the RFT about his business. "Forget corporate America." 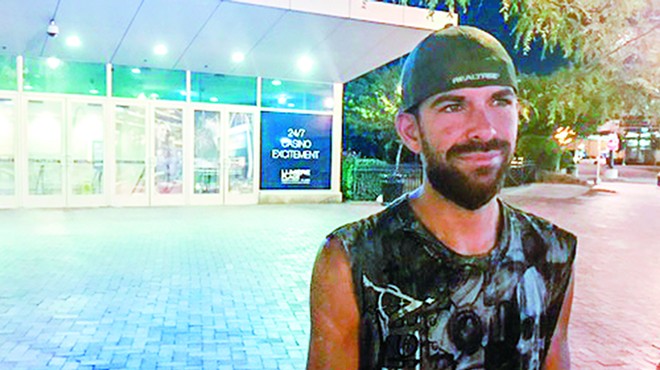