Hot Damn, Side Project Brewing Named No. 2 Brewer in the World 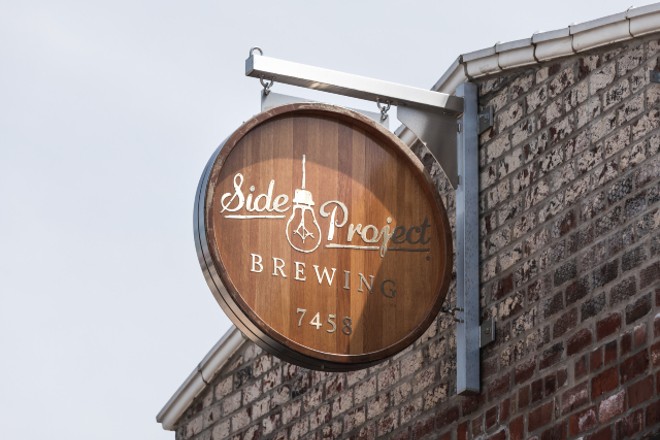 This week, RateBeer, an international beer-review website, announced its 2019 awards, and Side Project was ranked as No. 2 Brewer in the World. Specifically, co-owner and brewer Cory King's Side Project Merci Blend #3, Side Project Punchdown Pinot Noir and Shared Barrel-aged Coconut Vibes were named among the Best Beers in the World for 2019.

“This recognition from the global beer community is an amazing honor," King said in a recent release. "We are so grateful to the RateBeer members and our Side Project customers, fans and friends. Thank you to everyone who has traveled to visit us to see our vision and our tiny brewing operation here in Maplewood, Missouri.”

Co-owner Karen King, who runs Side Project's excellent tasting room, The Side Project Cellar, also credits the honor to the entire brewery team. For its part, the tasting room, which serves a range of well-curated craft beers apart from Side Project's house pours, has been named Best Brewer Tap Room in Missouri for the fifth-consecutive year by RateBeer.

“Our incredible employees have helped us grow, learn and be better brewers every step of this journey so far," she said in the release. "We are so lucky to have the talented team we have at Side Project Brewing and The Side Project Cellar.”

The tasting room is famous for serving draft and cask beer at four different temperatures for optimum quality in every pour. The Side Project Cellar also serves whiskey, wine and beers brewed by Shared, "a collaborative effort among the Side Project brewers to expand their knowledge on specific styles through research, taste and experimentation before brewing each beer."


Unlike Side Project brews, Shared beers are typically not aged and include styles such as Pilsners, hazy IPAs and porters.

The Kings founded Side Project in 2013 with a focus on oak-aged and -fermented saisons and wild ales as well as beers aged in spent spirit barrels. Prior to founding Side Project, King was the head brewer at Perennial Artisan Ales, another heralded local craft brewery.

Congrats to the Kings and their teams at both Maplewood locations — the local craft beer scene is lucky to have you here.