How Breakfast in St. Louis Got Bigger (and Better) Than Ever 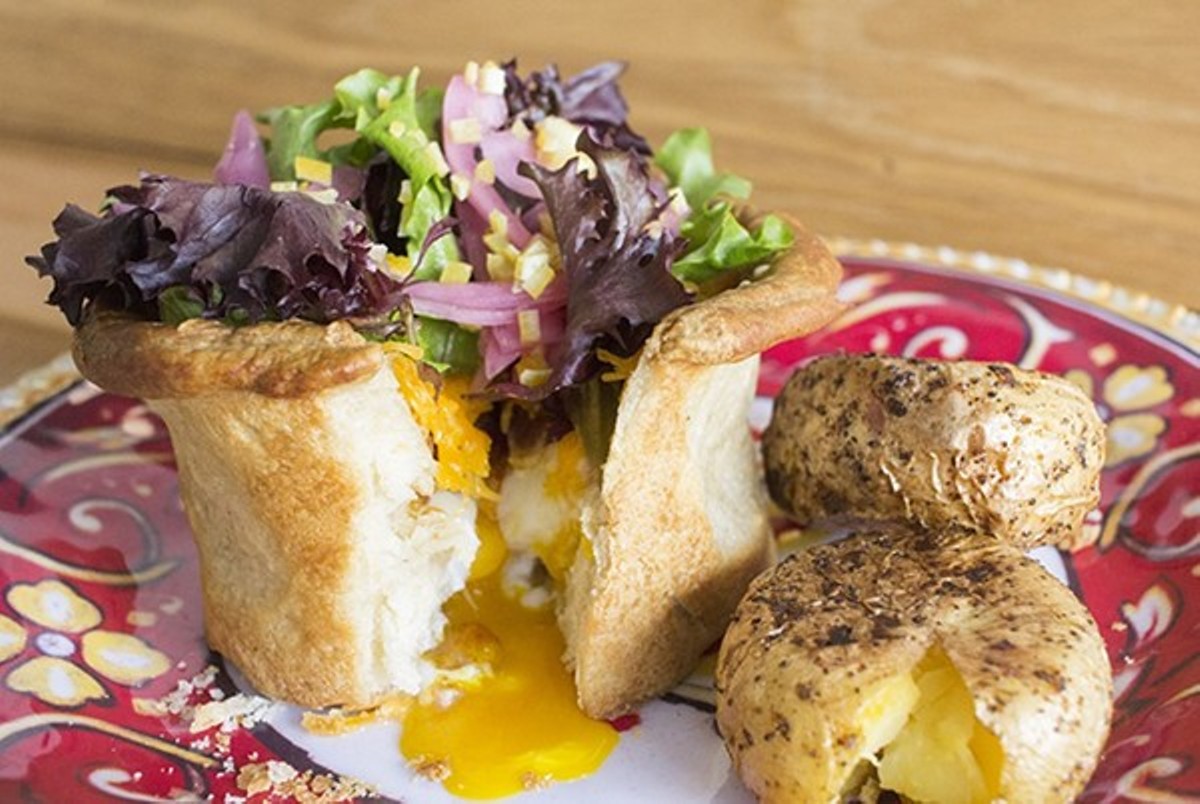 Yolklore is among the restaurants bringing a chef's touch to breakfast. MABEL SUEN

Weekday mornings at Winslow's Home are abuzz with activity — not from harried office drones with to-go coffees and croissants in hand dashing off to work, but from actual diners pouring into the University City restaurant. There are tables of individuals carving out quiet, pre-work moments, a two-top engaged in an early morning meeting, stay-at-home parents in need of time away from the house and even a group of seven nurses enjoying 7 a.m. burgers and beers after their night shift.

The scene is contrary to everything we're told about the state of a.m. American dining, in which scarfing down microwaved gas station sausage-and-egg biscuits while speeding down the highway is deemed a hot breakfast. In an overextended, always-on work reality, the sight of a businesswoman lingering over a latte, scone and the newspaper at 7:30 a.m. on a Wednesday seems no less like a scene from the past than if she'd ridden there in a horse and buggy.

Yet Winslow's Home could not be any more indicative of today's dining habits, a reality confirmed by the number of daytime-focused restaurants that have popped up in St. Louis over the last few years. American workers can't pry themselves away from their desks for lunch breaks, but breakfast is having a moment. From determinedly daytime concepts like Milquetoast and Squatters Café to evening-centric restaurants like Tree House or Taco Buddha that also incorporate a daily breakfast, the area's dining scene is filling up with daytime options providing a level of polish and skill previously reserved for dinner service.

On its face, this weekday breakfast push is perplexing, but Winslow's Home general manager Josh Renbarger sees it less as a contradiction and more a sign of the times.

"It's almost a zen-like experience to be able to sit down with coffee and breakfast and read your paper or your Kindle and start the day," Renbarger muses. "In an age where the workday never ends and you're accessible all the time and can't clock out, everyone needs some time where it is just them. They can escape and not be bothered and carve out a little bit of time for themselves before starting their day. In some ways, you can think of it as an alternative to going for a run or going to the gym. It's that personal time." And that calls for something more than a big-box pancake house. 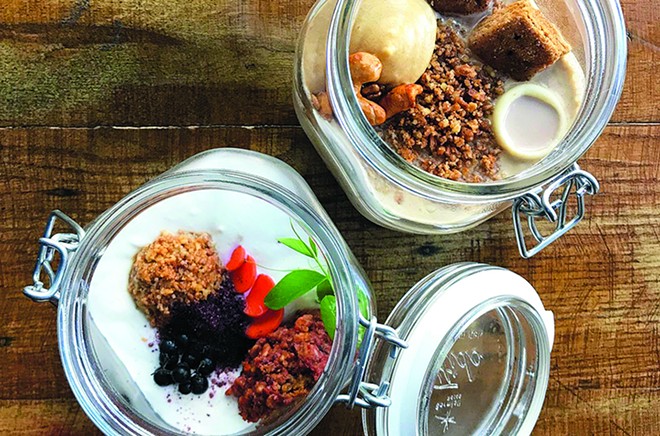 Perhaps those sorts of establishments satisfied our breakfast needs in a different era, but today's diner is different. We are more educated about what is going into our bodies and more conscious of our footprint, and that impacts our restaurant choices. "Farm-to-table" is no longer an ethos that needs to be advertised; it's the expectation for any restaurant worth its salt. It makes sense that a phenomenon that started in upscale evening dining rooms has made its way onto our breakfast plates.

Chef Mike Randolph was one of the first in town to embrace a refined approach to breakfast and lunch when he and wife Liz opened their popular Clayton eatery Half & Half in 2011. He agrees with Renbarger, but also sees the daytime trend as a response to a nationwide decline in evening dining.

"I think the scene for breakfast over the last two or three years has really changed," says Randolph. "Aside from the fact that you have all of these places popping up in the same vein, we've seen a decline from coast to coast in sales at night. The breakfast-and-lunch bubble doesn't seem to have burst quite as much as it has on dinner. It will be interesting to see how many of this type of place we can sustain."

Listening to Randolph talk about national dining trends, you could get the impression that his decision to open Half & Half (and then its second outpost last year, in Webster Groves) was a calculated one. In reality, however, it's been a passion project, his interest no less romantic than in his acclaimed fine-dining restaurants Pùblico and Privado. "We felt like you could go to a coffee shop for good coffee or a breakfast-and-lunch place for good food, but you couldn't do both," he says. "We're letting them coexist in the same building, and for St. Louis, that is unique."

If Randolph is passionate about his coffee and food menus, his guests are no less passionate about their breakfasts — a fact that was made clear when Half & Half began doubling his daily projections. The response demonstrated to the Randolphs that they were indeed on to something, and their daytime dining success has no doubt convinced many restaurateurs that there is a niche in upscale breakfast-and-lunch service.

Mary and John Bogacki recognized this void when they opened Yolklore in Crestwood nearly two years ago. As industry veterans who cut their teeth working grueling hours in country clubs and hotels, the husband-and-wife team drew upon personal experience when coming up with the idea for their daytime-only restaurant.

"Working in the industry, I was a daytime diner," Mary Bogacki explains. "I didn't see that there were a lot of options out there. Now there are."

John Bogacki attributes the rise in more refined daytime concepts to consumers demanding better food. "I think people are trying to get away from chains and more into sustainable dining, and they are doing that with breakfast and lunch as much as with dinner," he says. "I was an outside salesman for three years, and I basically lived in my car. There was nowhere to go that was fast and good. There was only Jack in the Box or McDonald's. But I find that is changing. People are going to Half & Half or Yolklore instead of First Watch or Courtesy [Diner]. There are just more people doing it now."

Bogacki is right. If there was a hole in the weekday breakfast scene when he and Mary opened Yolklore in the summer of 2016, it's getting smaller every day, as evidenced by the large selection of chef-driven daytime options that we've rounded up below. There are breakfast veterans and newcomers, innovators and traditionalists. There are spots that just do breakfast and lunch, and spots that make it a part of a three-meal day.

But no matter how different these restaurants may be, they are united in the philosophy that what you eat in the morning is every bit as important, and exciting, as your evening choices. Why grab and go when you can start the day off right?

Or, as Mary Bogacki puts it, "When you smell coffee and bacon in the air, it just puts you in a good mood."

Click in for our roster of 22 delicious breakfast spots that keep you fueled up not just on weekends, but weekdays too.

(If brunch is more your thing, check out our list of the area's best boozy brunch deals.)