IKEA Meatballs Won't Be Here Until 2015; Here Are the Best Local Meatballs to Try Now 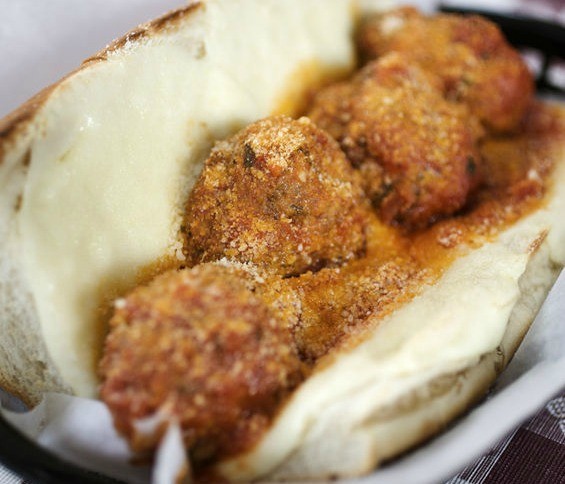 This week, St. Louis lost its collective mind over the official announcement that, yes, IKEA is really coming to St. Louis. The opening date is projected for 2015.

One of the things folks are most excited about are the Swedish meatballs available in the chain's inexpensive cafeterias. In one report, someone went so far as to suggest that meatballs will replace toasted ravioli as the "finger food of choice for St. Louis."

WHOA. Let's not go losing our heads here. Besides, it'll be at least two years until the store is open, and guess what? There are a ton of great meatball options you can try right here, right now. Here are just a few of our favorites. 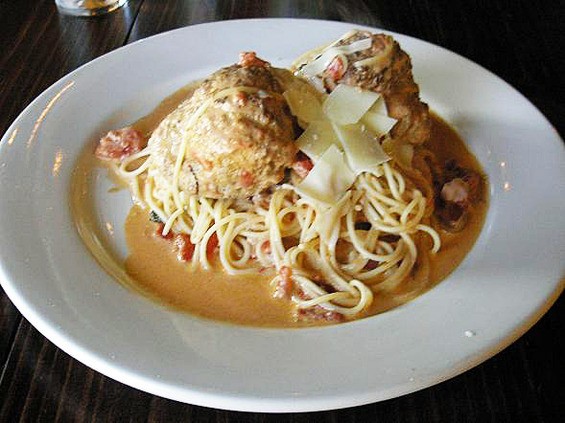 Italian-style meatballs Whether served on a bed of spaghetti or in the maw of a hoagie roll, there are a ton of great options.

1. Sugo's Spaghetteria (10419 Clayton Road, Frontenac; 314-569-0400) So good we named them one of 100 best dishes in St. Louis: "Exactly two meatballs, to be precise, each about the size of a tennis ball. The interior is tender not only at the center but also, remarkably, not too far underneath the browned surface. The seasoning is mild, unobtrusive."

2. Adriana's (5101 Shaw Avenue; 314-773-3833) Adriana's has been hand-rolling its famous meatballs for more than twenty years, and it's safe to say it has got this thing down to an art. We declared its meatball and salsiccia sandwich to be the must-order item on the menu when we crowned Adriana's one of the best, inexpensive Italian restaurants in St. Louis.

3. Filomena's Italian Kitchen (9900 Manchester Road, Glendale; 314-961-9909) Although the arancini are to die for, don't leave without a package of its homemade meatballs under your arm. Rich, meaty and served with a bright, garlicky marinara, this is the best way to bring an Italian grandmother's kitchen home to your own.

4. J Greene's Pub (10017 Manchester Road, Warson Woods; 314-394-2330) When RFT food critic Cheryl Baehr gave J Greene's a rave review earlier this year, she had so many good things to say that she didn't have room to mention the housemade meatballs, available both as a sandwich and on spaghetti. One might be skeptical of meatballs from a pub, but it's an old family recipe handed down to the chef from his Italian mother.