I'm a Food Critic, and I Lost My Sense of Taste During COVID 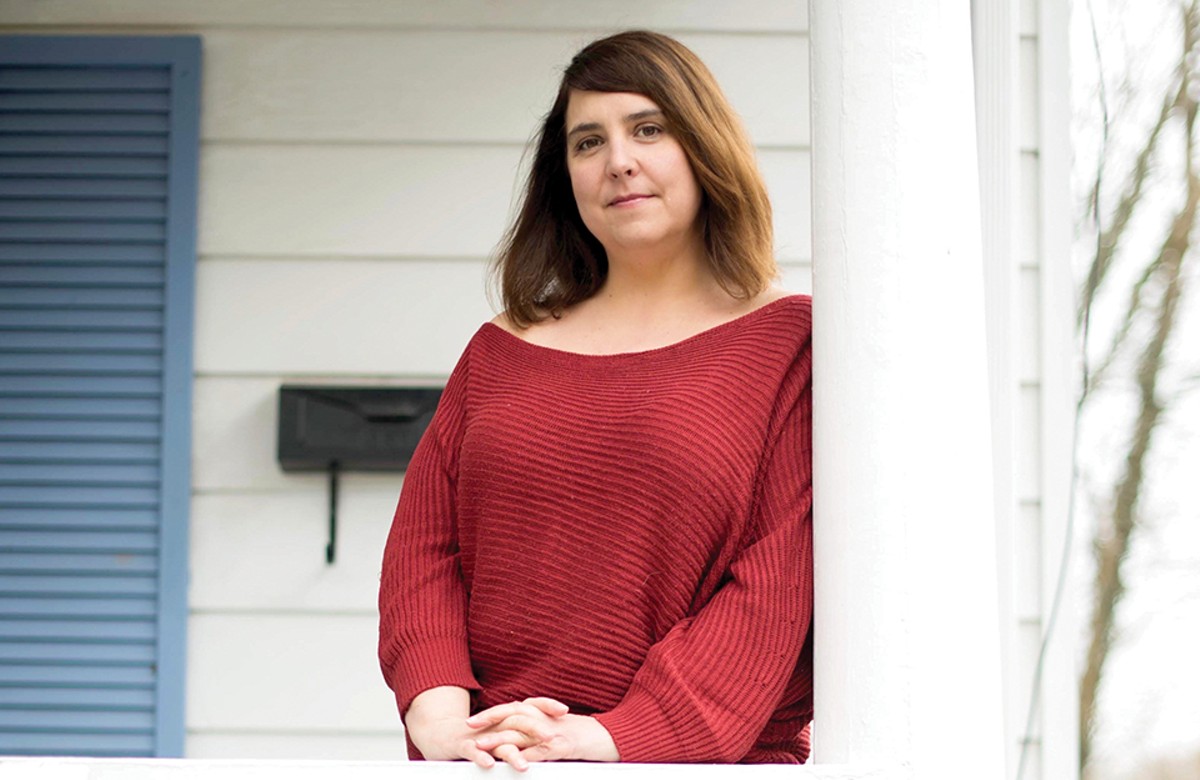 I was four bites into my bagel when the COVID kicked in.

It had been three days since I was diagnosed with the insidious virus, and, having absolutely no desire to eat nor energy to fight back, I gave in to my seven-year-old's insatiable appetite for St. Louis Bread Co. delivery. She thinks their mac and cheese is manna from heaven; I'm less impressed — which is why I wasn't quite sure whether my trouble tasting the bagel was my palate or just the food.

As an empathetic human, I'd watched with sadness over the course of the pandemic as COVID-19 long-haulers detailed what it was like to lose their senses of taste and smell without any clue as to if, or when, they would return. My uncle is one of them. A passionate home cook whose backyard pork steaks are the flavor of my youth, he lost his ability to enjoy food shortly after testing positive for the virus this past July. He hasn't tasted a thing since.

And here I was, a quarter-eaten asiago bagel in hand, wondering if I, too, was to suffer this fate. As a food critic, my mouth is my moneymaker. Not being able to taste wasn't simply a source of personal angst; it called into serious question whether or not I could continue on in a role for which I was no longer equipped. Will I have to quit my job? Can I even be in food journalism at all? What am I going to do for work? A series of worst-case scenarios flooded my mind quicker than I could utter the words "You Pick Two."

However, the professional questions were nothing compared with the existential dread I felt at not being able to enjoy eating. If I couldn't taste, who was I? Food has been an integral part of my life since as early as I can remember. Growing up, my parents weren't exactly gourmands, opting for economy over flavor. Hamburger Helper was in regular rotation and Olive Garden — where we'd go only for the most special occasions — was considered haute cuisine. Still, I caught glimmers of greatness here and there: The Schnucks Station restaurant's beef frankfurter, split down the middle and covered with grill marks, made me realize that the flaccid, boiled, store-brand pork hot dogs I was normally served were an inferior version of the form. The gorgeously marbled ribeye that accidentally came out medium rare one time at Western Sizzlin was so juicy and salt-crusted it made me question, for the first time ever, why my dad insisted on ordering his well done. I never went back.

It was no surprise that once I was old enough to earn money and start making my own decisions about where and what I wanted to eat I went down the food rabbit hole. Equally unsurprising is that I ended up in the restaurant business. For more than a decade, I soaked up as much knowledge as I could, tasting my way through a never-ending banquet of culinary pleasures courtesy of chefs, managers and talented coworkers who would serve as both the foundation and inspiration of how I think and write about food.

These are the things that flash through your mind when faced with the sudden, traumatic experience of losing your taste. But rather than a recounting of where I'd been, I was more consumed with where I was never again to go. It was entirely possible that I would never enjoy food again, a disorienting thought for even the casual eater. For someone who's dedicated their life and work to Dionysian pursuits, it was a spiritual death knell.

I hadn't even set down the bagel before I began the accounting of what was to be lost. Prosciutto was the first thing that came to mind. Having cried actual tears of joy about Parma ham on multiple occasions, I spent those first few minutes of loss grieving that I'd never again taste that sweet, salty miracle. Next was coffee — that soothing daily constant that fills my kitchen with its intoxicating aroma and the luscious texture it gets when I pour in a healthy bit of half-and-half (or, if I'm feeling really wild, heavy cream). Cheese garlic bread, beef shish kebob, the garlic puree from Al Tarboush — I didn't even get the chance to say goodbye.

I was scared, but not yet convinced that it wasn't simply my mediocre lunch, and not my taste buds, that was the problem. Hopeful, I headed to the refrigerator, poured myself a large spoonful of Frank's Red Hot and closed my eyes. Nothing. When people say that COVID causes you to lose your sense of taste and smell, they don't mean it subdues it. It's gone. One minute you're slurping down some mediocre ten-vegetable soup, and the next, a light switch gets flipped off. I could've been tasting water when I gulped the spoonful of hot sauce — no tingle, no burn, no saliva from its vinegary heat. Nothing about it registered except for the cold temperature and liquid texture. I headed up to the bathroom and proceeded to stick my nose in a bag of super fragrant lavender Epsom salt, thinking that maybe it was just my taste and not my smell. It was wishful thinking. 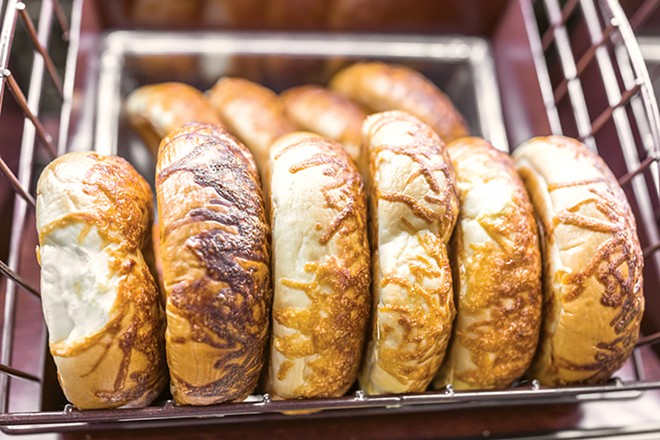 Those asiago bagels aren't that bad.

For a couple of days, I lived like this, huffing shampoo and tasting weird things in my refrigerator in the hopes that something would break through. As the days turned into a week, then another and another, the feelings of desperation turned to resignation. It was like a bad acid trip, one where you're convinced you're never coming down and will have to live your life in a permanent hallucinogenic state (definitely not speaking from experience, Mom). I let go of the fear and tried to embrace life without taste. I could do this. Sure, I would be missing out on one of the biggest sources of joy in life, but there were others. I have my daughter, who is the light of my life, and my partner, who fills my world with delicious pleasure. The body-insecure side of me, I'm ashamed to admit, thought wistfully of what it might be like to finally get ripped. After all, why bother eating anything decadent when you can't enjoy it?

Then, about three weeks after COVID turned my world upside down, I noticed something when I was drinking my morning coffee. I'd been drinking it black since I'd lost my taste and smell, and on this particular morning, that initial sip tasted god-awful. I put in cream and sugar and could detect just a hint of sweetness. Later that day, I could sense salt and vinegar — very basic flavors, but it was a start. Unlike the speed with which it left, it took a while to begin experiencing nuance in flavors, but now, gradually, they returned. Two months later, I'm happy to report that my senses have made a full recovery.

I can't imagine the despair those who haven't recovered from this experience might be feeling. I caught a glimpse of a life without taste and smell, and it was like living in black and white. In my spiral, I Googled every bit of information I could about the phenomenon, and fear-read numerous stories about the long-haulers who have been unable to enjoy food and drink for nearly a year. As of now, there's no cure for it, and because it's not considered a life-or-death matter, people are being treated with a "that sucks; try smell therapy" approach.

But while it may not actually kill your body, I can tell you that it sinks you into a pretty dark place where you lose the light that illuminates life, each day living on the hope that the next bite you take will be the one that brings it back — and when it does, you'll never again complain about eating Bread Co.