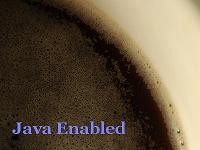 User "Sillygwailo," Wikimedia Commons
Starbucks founder, CEO Howard Schultz
An Examiner.com article points out that this was not Starbucks' first try at a concept café: Circadia Coffee House in San Francisco and Café Starbucks in Seattle both flirted with full food options and alcohol. 15th Avenue is also supposed to host poetry readings and other classic coffeehouse activities. At that point, though, why not just keep your high school reading group at the other Starbucks in the Barnes & Noble?

On the other hand, why shouldn't Starbucks try to find a way to reconnect with its roots? After what must have been one of the largest and fastest expansions of any franchise in America, it's no wonder the brand lost its soul.

At the very least, Starbucks corporate management understands that there is a problem. I'm willing to give them a chance to improve their product and their café experience.

Some might think that this is supposed to be Starbucks' attempt at siphoning off unsuspecting café dwellers, but let's be honest. The faux Bohemians already go to Starbucks, while consumers serious about supporting local establishments are usually keen to what's what. The threat of a convert Starbucks duping locals is farfetched. And with no more than two additional 15th Avenue cafes planned in the Seattle area, it's doubtful that anyone in the Midwest will have an opportunity to gripe about it first hand.

Zach Dyer is a writer living in Saint Louis. He did his thesis research on coffee farmers in Southern Mexico. Since then, he has visited coffee plantations in Costa Rica and Mexico as well as roasters and cafés across the U.S. He blogs about coffee for Gut Check every Wednesday.