Jay's International Gets a Face Lift

The South Grand mainstay could be called "Trader Jay's" after new floor and other updates, owners joke 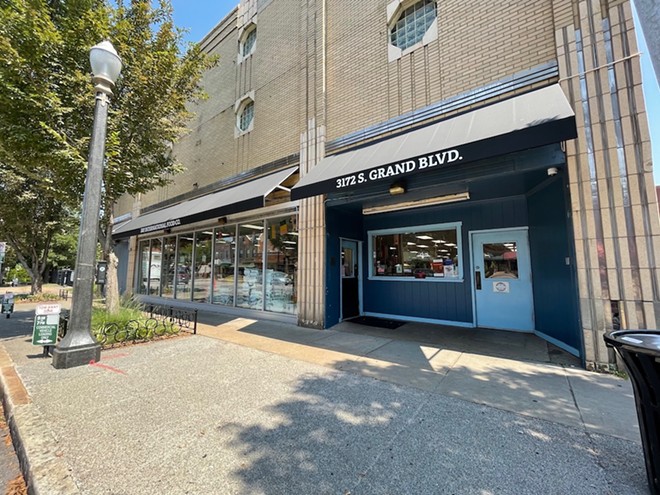 During the pandemic, Jay's International Foods (3172 South Grand Boulevard, 314-772-2552) decided to do a bit of a face lift. The shop now jokingly says it needs to be called Trader Jay’s after adding a new floor and redoing the front entrance.

“People have loved it so much,” says JoJo Prapaisilapa, whose family owns the store.

Prapaisilapa says that the changes started in 2020 when the store got a new awning and glass front. The new floor was a more recent addition, since the old one was worn down with “stickers all over the place,” Prapaisilapa recalls.

Jay's International opened in St. Louis in the 1970s catty-corner from where Cafe Mochi is now on South Grand Boulevard. In 1988, it moved to its current space down the street.

It opened as Jay International Food, and still is known as that online and at the store. Prapaisilapa’s grandmother Nivat Prapaisilapa opened the store with Uncle Jay when his family relocated here from Thailand and the lack of an apostrophe s in the store name was not intentional.

"That's the family's old grammatical error living on," Prapaisilapa writes. "My sister and I are trying to correct it." 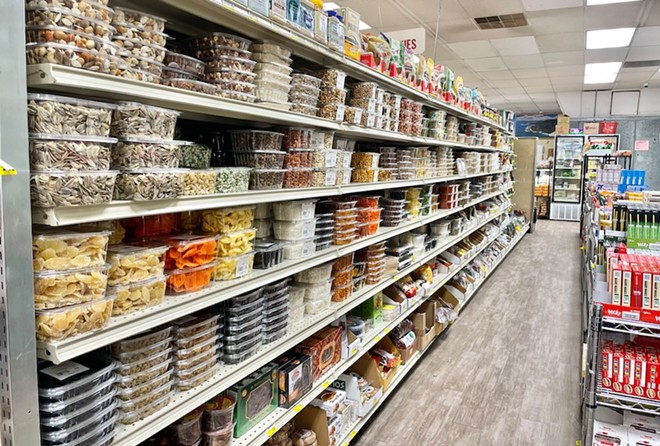 Grammatical errors aside, the Prapaisilapas worked hard to make sure immigrants and other folks from abroad who came to St. Louis could get the provisions they needed.

“I remember back in the day [my family] would drive up to Chicago, grab as much inventory as they could and try to sell it here in St. Louis,” Prapaisilapa says. He says back then the clientele was mostly Hispanic and European, with Irish, Germans and others making up the bulk of those looking for treats from home.

Now the store is a “melting pot” with folks from the Caribbean, Bosnia, Vietnam, Afghanistan, Nepal, South America and other areas of the world.

Prapaisilapa’s family has always owned and worked at the store. “It gets passed through the family tree,” he says. But he credits Noy Liamsiriwatana, president of operations, with growing the business more recently.

“He served on the board of South Grand [Community Improvement District] for over 10 years and has helped improve the district,” Prapaisilapa says.

In addition to providing food for refugees and internationals, Jay also works with the International Institute of St. Louis to hire new arrivals. Giving opportunity to those newly in the country, Prapaisilapa says “resonates with our roots.”

Rosalind is the editor-in-chief of the Riverfront Times. She formerly worked for Washington University's alumni magazine and St. Louis Magazine. In 2018, she was selected as a Rising Leader of Color by the Theatre Communications Group. In 2014, she was selected as an Emerging Leader by FOCUS St. Louis. Her work...
More
Scroll to read more Food & Drink News articles (1)
Join the Riverfront Times Press Club