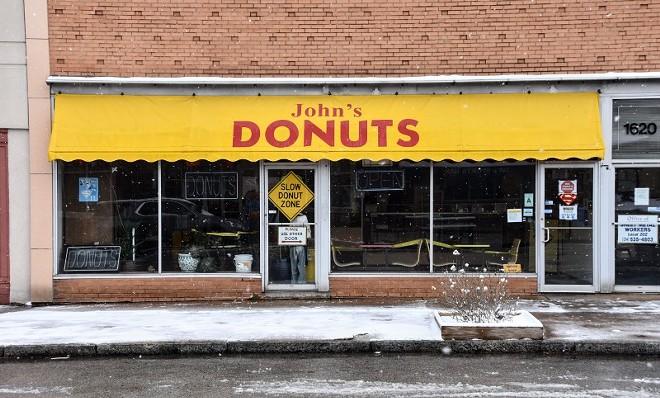 
John Pearcy, co-owner of John’s Donuts, remembers nights when customers stretched outside the door and onto the sidewalk.

It would be a mixed crowd: students finding reprieve from studies, revelers stumbling down from Soulard, miscellany simply craving late-night sugar. These nights, however, are over.

In February 2020, John’s Donuts, which used to open at 11 p.m. for nightly rush, quietly changed its hours to open at 4 a.m., making it a daytime operation. Soon thereafter, pandemic struck, and the loss of what had been a ritual of St. Louis nightlife went largely unnoticed.

Pearcy, 75, says the hours weren’t easy to staff and the night crew wasn’t making enough donuts to last the morning.

To students at Washington University in St. Louis, the change comes amid a school-year rife with postponed tradition. Pre-pandemic, when the clock struck 11 p.m., students would often trek down I-64 to South Broadway Street, where “John’s Donuts” reads in plain red lettering across a yellow awning. Warehouses and parking lots, some full of school buses, surround the area.

“Going to John’s, you want anything?” had become an all-too-common text and phrase between students. 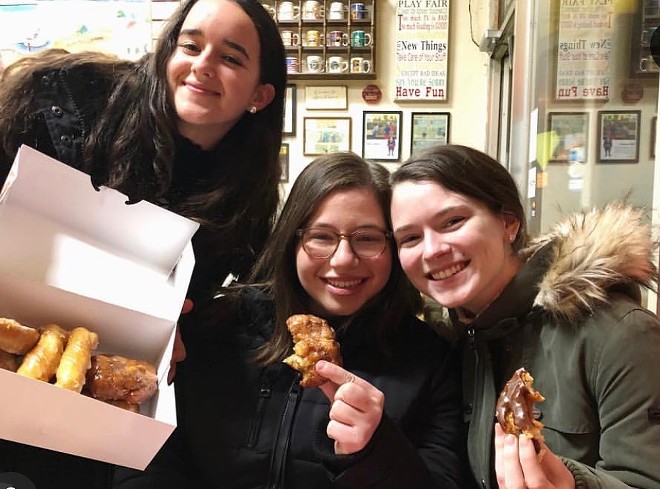 “The donuts are just so fresh and delicious. I don’t think I’ve ever had an apple fritter as good as John’s Donuts,” Isabelle Genter, a junior at WashU, says. Genter’s order is “an apple fritter, every time.” Despite eleven months having passed, she was unaware of the change in hours.

Michael Maley, a 2017 WashU graduate, first went to John’s Donuts in 2012 as a freshman, ushered by two juniors.

“It felt like a secret that had been passed on to me,” Maley says.

Maley lamented the loss of late-night John’s Donuts, but was also excited by the prospect of going during the day.

“Afternoon John’s?” Maley says. “I feel like that’s what I need.”

Pearcy didn’t always find success in the baking industry. In 1968, he fulfilled a lifelong dream and bought his first bakery, located near Bevo Mill. The business “went broke in a hurry," though, according to Pearcy. It lacked parking and closed in six months.

“Bad, bad decision on my part,” he says.

Following the closure, Pearcy began baking for Winchell’s Donuts. Over a decade passed until he gained the confidence — or “nerve” — to own another business. This time, he would start from scratch, opening the store himself,  and sell only donuts.

On April 1, 1982, christened with a name as simple as they come, John’s Donuts opened for the first time.

John’s is still a family business nearly four decades later. Pearcy and his wife own the store, and their son and daughter-in-law operate it alongside two brothers from another bakery family. One day, Pearcy hopes his son will take over the business.

Asked about whether he plans any efforts to expand John’s Donuts’ customer base, Pearcy says, “I’m 75 years old. I have no plans to expand.”