The spot centers community and daytime treats in the Metro East 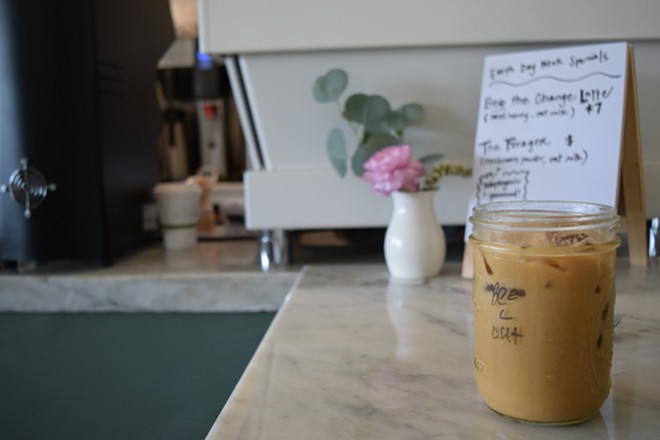 Outside of June’s Breakfast + Patio (430 South Main Street, Shiloh, Illinois) in Shiloh, Illinois, birds sing and bees fly from flower to flower. Inside, a small sign on the front counter highlights the “Bee the Change” latte, which is made with oat milk and locally sourced honey. Some people wait to order at the counter, while others sit and relax inside or out on the patio. Liz Lingelbach Welzbacher, the managing partner at June’s, says there was a line out the door in the weeks following June’s Breakfast + Patio opening on March 31.

“Everyone's been kind of buzzing about it and really excited to both see the renovation and also meet their family and friends,” Lingelbach Welzbacher says. “I mean, all day I sit here, and I just watch people bump into friends or family members. It’s really, really cool.”

From the 120-year-old floors on the second story to the carrots growing in the front yard, preservation and comprehensive sustainability are central aspects of June’s Breakfast + Patio. Equally important, Lingelbach Welzbacher says, is that she and her husband, Jonathan Welzbacher, wanted to create a “container for connection” where community members could come together in Shiloh.

When conceiving of June’s, they’d looked around the community to see what kinds of spaces it needed. A counter-style restaurant seemed to be the solution. Lingelbach Welzbacher says she and her husband used to travel a lot, and during these trips, they’d gravitate to local coffee shops. When they returned to the St. Louis area, these same shops helped them to reconnect with the community. 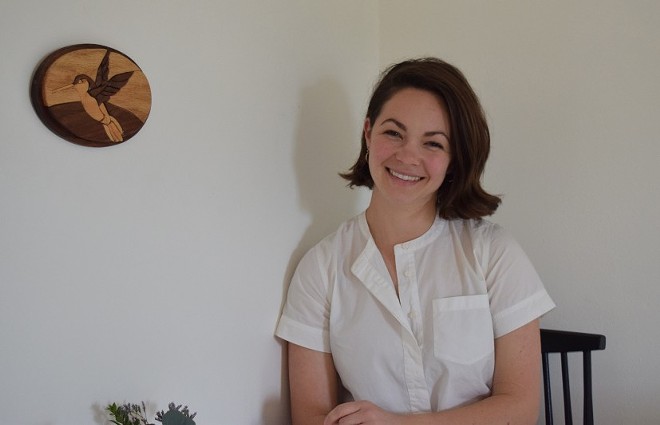 “Whether it was Rise in the Grove or Kitchen House in Compton heights, we really got to know the people and the neighborhoods and the culture of the city through spending time in coffee shops,” Lingelbach Welzbacher says. “So we wanted to have that over here.”

At June’s, visitors can find seasonal drinks, such as the “Bee the Change” latte. Other drinks highlight local companies, such as the Dirty Chai, which combines Blueprint Coffee and Big Heart Teas.

“Our goal was [to] create this curated experience where people can come here as a destination or as a local and really appreciate what their neighbors are doing,” Lingelbach Welzbacher says.

She describes June’s Breakfast + Patio menu as “elevated-at-home food.” Visitors can try Peanut Butter and Jelly Overnight Oats or bakery items such as the restaurant’s Breakfast Cookie. Lingelbach Welzbacher says the team is working on expanding its menu in May with more offerings, including a breakfast sandwich.

Originally, opening a restaurant was not their primary goal. Lingelbach Welzbacher and her husband did not know exactly what the location would become when they began “dreaming and scheming” in February 2020. Instead, Lingelbach Welzbacher says she noticed the 120-year-old building that June now resides in falling into disrepair while on a bike ride. 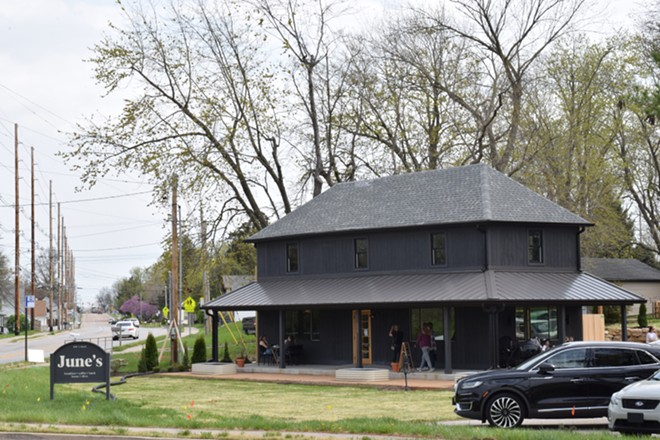 Cassidy Waigand
June's is located in a 120-year-old building.

“We wanted to preserve it in some way — bring it back to the community,” Lingelbach Welzbacher says. “The idea of the cafe actually kind of was a secondary goal of ours. The first goal was like, ‘How do we just restore it?’”

As they worked to bring the old building back to life, the community pitched in. The city of Shiloh helped them receive a tax increment financing for the project. Family and friends helped design and furnish the space and community members got involved. Lingelbach Welzbacher says one woman who often passed by the construction offered butterfly bushes to plant outside.

“It's really been a deeply communal thing getting [June’s Breakfast + Patio] together,” Lingelbach Welzbacher says.

Walking inside, visitors find trim and flooring on the second floor that is original to the building. The marble countertop where people order and pick up their drinks is over 100 years old from an old butcher shop in Illinois.

Along with preservation, sustainability became Lingelbach Welzbacher’s guiding principle for June’s, and she hopes the business will be so both for its workers and the environment.

“We try to only grind coffee and not grind people — treat people like they're actually people, which is kind of rare in the food service industry,” says Ashley Isbell, the front-of-the-house manager.

There are vegetables and herbs planted out front, and she and her husband are working on setting up another garden in the back. They are also working on a rain garden and are composting and recycling much of the waste from the restaurant.

“We do have landfill bins in the restrooms, but everything else back of the coffee bar and in the kitchen is like compost and recycling only,” Lingelbach Welzbacher says. Moving into the future, Lingelbach Welzbacher says she hopes June’s Breakfast + Patio can begin hosting events. They are also considering expanding hours into the evening. However, she expects those changes to be organic, fitting the needs and wants of the community and the team.

“You put art out there into the world, and you hope that it's received,” she says. “You hope that people understand it and get it and to feel that people really have been waiting for this is like the best feeling ever.”